What are the terms usually associated with opera and its rituals? Posh, for the cultural elite, expensive, old fashioned. On the contrary, talk about pop, hip-hop, rock, jazz and blues reveal an awareness of their role in the most urgent cultural debates.

The singer Hozier, for example, sang at the #Stand4Truth rally at the Garden of Remembrance in support of the victims of clerical abuse on the day of the papal mass in Dublin's Phoenix Park last August. There are numerous rock and pop events with strong political connotations, with singers who have become interlocutors and political figures.

On the face of it, opera is left in the realm of highly exclusive entertainment and its financing is constantly questioned. But the issue here is not with opera being a form of entertainment. The problem is that we risk loosing sight of how opera may contribute to the debates of the day around equality, inclusivity, racism and so on. 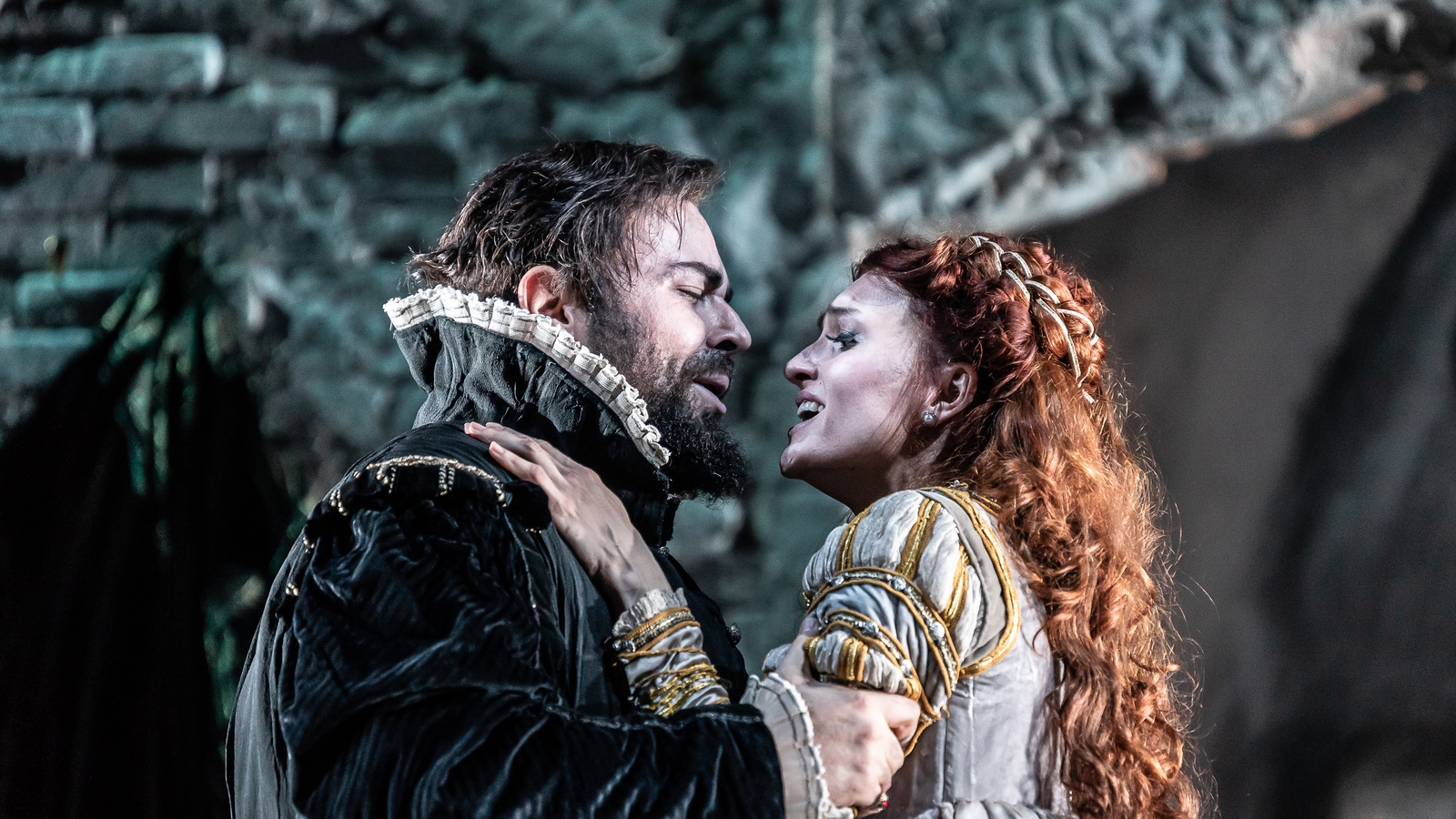 "To celebrate, contest and constrain"

Like any representational art form, opera is linked to the society and culture that it expresses. The repertoire from 17th to early 20th century implicates a relationship between the main political/religious authority and the audience, with the former always trying to control and justify what is being represented and how.

But, to quote musicologist Susan McClary, opera manages "to celebrate, contest and constrain" that controlling power at the same time exactly. When Mozart and Da Ponte, for example, tone down the anti-establishment elements in Le nozze di Figaro, they do so to submit to the censor in 1786 Vienna. But they still maintain a rather polemical tone under a comic façade in the aria Se vuol ballare, when the servant Figaro launches the gantlet to the Count, who would like to restore the feudal ius primae noctis over the servant's fiancé, Susanna.

Opera thus contributes to the critique of the society in which it was initially created - and this critique still resonates centuries after the first performance. Two productions which are very good cases in point are La liberazione di Ruggiero dall'isola di Alcina (which will be performed in Dublin next month) and Combattimento di Tancredi e Clorinda (which was performed in the city last month).

La liberazione di Ruggiero (1624-25) is the first opera known to have been composed by a woman, but this is only one part of the story. It was also commissioned by a woman, in the context of Florence at the beginning of the 17th century. Due to the early death of the dukes Ferdinando I and Cosimo II, power was practically in the hands of their wives, Christine of Lorraine and Anna Magdalena of Austria respectively. It is Anna of Austria who commissioned Francesca Caccini to compose an opera to mark the visits of her brother, Archduke Karl of Styria, and her nephew, Crown Prince Władisław. Considering these premises, one can expect this opera to present some statement on gender. 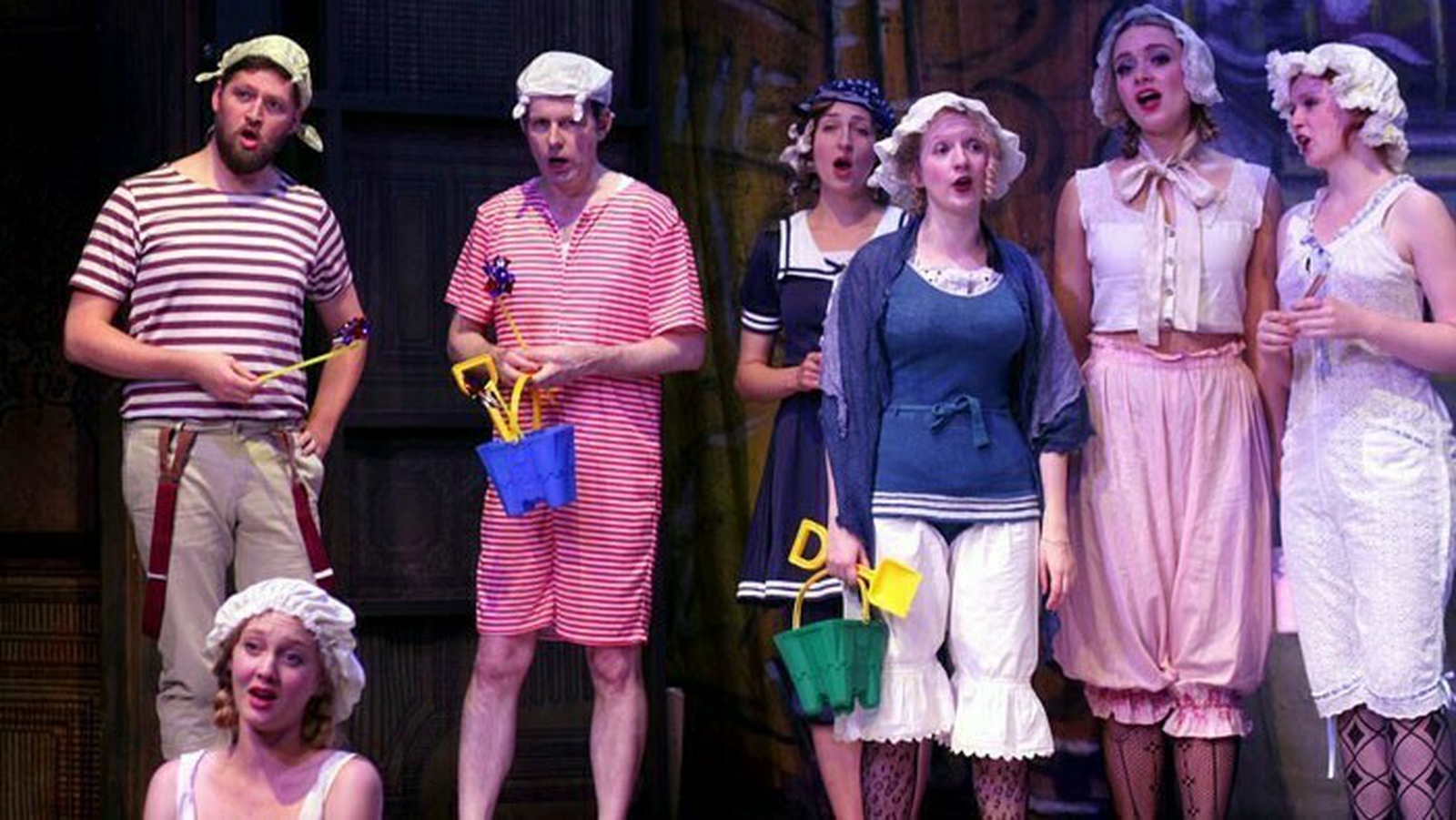 The power of women

The story, taken from Ludovico Ariosto's Orlando Furioso, is about the knight Ruggiero who is trapped in the magic island of the sorceress Alcina (subject of many more operas to come), together with other men (former lovers of Alcina's) and their ladies. As Suzanne Cusick observes in Francesca Caccini at the Medici Court. Music and the Circulation of Power, the plot at face value is about the fear of women, who, in men's imagination and fantasy entrap and prevent men from fulfilling their role.

The same imagination and fantasy entangle women too, who are constrained and limited in expressing their own voice and desire. But within this patriarchal, misogynist scenario, it is another woman, the sorceress Melissa (though in disguise as a man), who sets Ruggiero free. Furthermore, adds Cusick, the final fire of purification and liberation is also instigated by the same woman who had cast a spell over Ruggiero, Alcina.

There is then one important final statement, when Melissa, this time in her full identity as a woman, urges the women who have just been freed not to cry. It is a simple statement, one we would not pay much attention to today, but it had a strong resonance in 1625 because it tells women they are free from the way men usually represented them on stage and are free to express their own desires. Ultimately, the story seems to suggest the patriarchal world need not fear the world of women's power.

The threat from the Ottoman empire

Composed by Claudio Monteverdi in Venice in 1624, Combattimento di Tancredi e Clorinda presents rather complex cultural dynamics. In the 17th century, Venice was still at the crossroads between east and west. The western world was constantly trying to stop the threats coming from the Ottoman world. Even in the aftermath of the Battle of Lepanto, Venice would secretly try to maintain peaceful relationship with the Turks for commercial reasons while officially siding with the Pope and Spain against the Turks.

Combattimento sets an episode from Torquato Tasso's epic poem, La Gerusalemme liberata (Jerusalem delivered) about the first crusade to music. Tancredi is a Christian soldier who is in love with Clorinda, a Muslim soldier. The poem does not say if she reciprocates Tancredi's love. What we know is that she was the white-skinned daughter of the black and Christian King and Queen of Ethiopia. Fearing her husband's accusation of being unfaithful, the queen decided to entrust her daughter to the servant Arsete, under the condition that he would baptise the girl. However, being a Muslim himself, he decides to raise her as a Muslim. 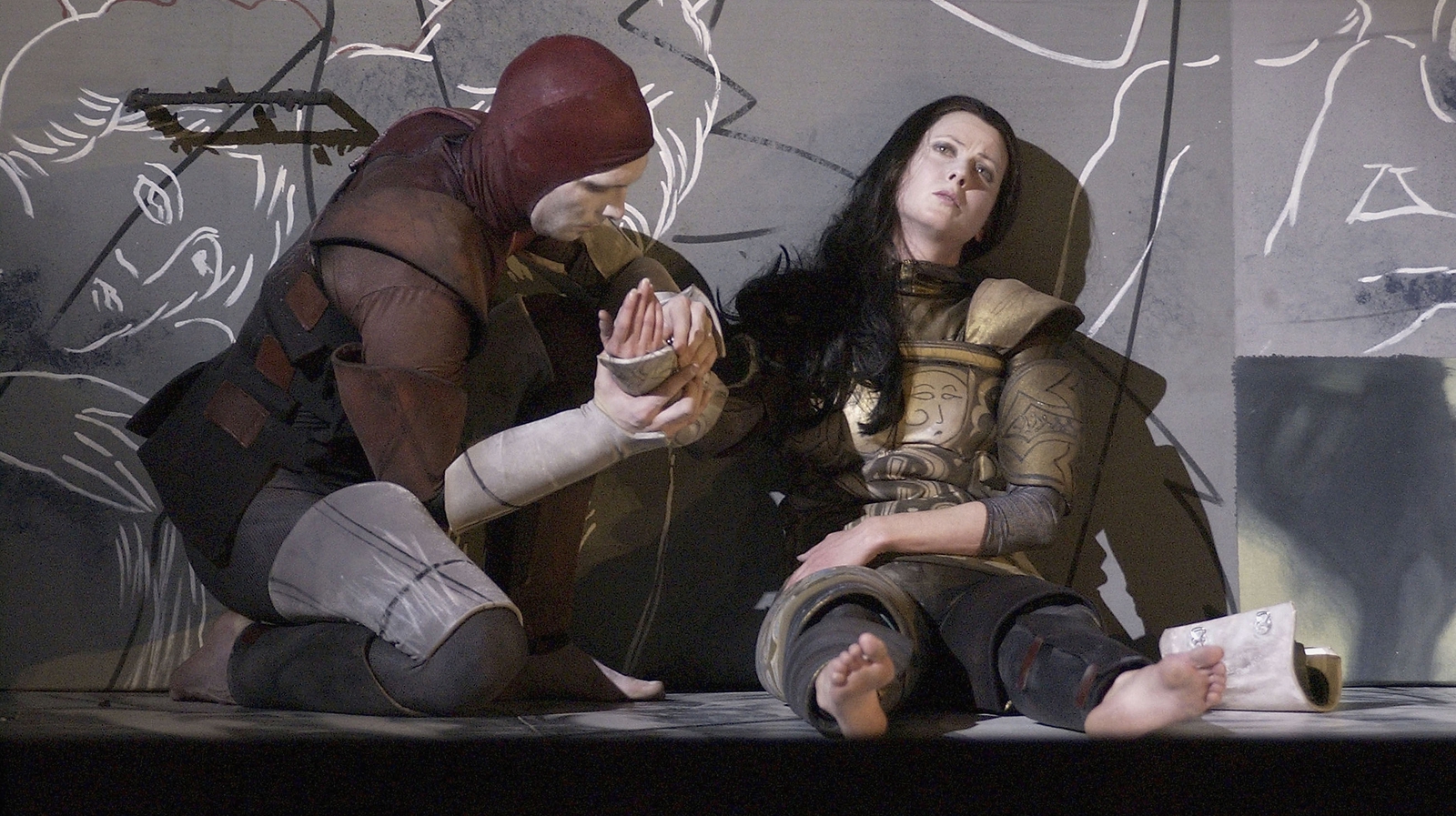 The failures of war

In the scene in question, Clorinda wears an armour different from her usual one so Tancredi does not recognise her when they meet near a river, both in search of moments of solace after the previous war episode. After identifying herself as the soldier who set to fire the Christian camp, the two start fighting vigorously. The description of the fight, in Tasso's words, bears strong resonances with a sexual encounter. Mortally wounded, Clorinda asks Tancredi to baptise her. He decides to take her helmet off and discovers that she is Clorinda. Shocked by this discovery, he baptises her.

From this very short retelling of this episode, it's clear that the complexities of the episode are still relevant for us today. How do we read this episode at a time when cultural and religious differences are used for political reasons? Written as a celebration of the first crusade, Tasso's epic poem is ultimately a description of the failures of any war and history from the side of winners. The two characters are victims of history, but Clorinda's final singing, voicing the emotions of those killed by history, establishes her presence over a completely silent Tancredi.

To borrow the terms that Fintan O'Toole used in a recent article in The Guardian, opera can help us in the dynamic of looking again back at our past, questioning again that past and rethinking our answers. In the end, both Combattimento and Liberazione pose questions that we still ask nowadays. Theirs are not final answers, but they offer a mirror to help us keep asking questions. In doing so, opera is not any better or any worse than any other art form and entertainment. However, to forget that it can contribute to these debates would be a discredit to western history.

La liberazione di Ruggiero dall'isola di Alcina will be perfomed by the RIAM in collaboration with the Lir National Academy of Dramatic Art at the Abbey Theatre, Dublin from March 26th to 30th as part of the Opera Briefs series. Main image courtesy of Abbey Theatre