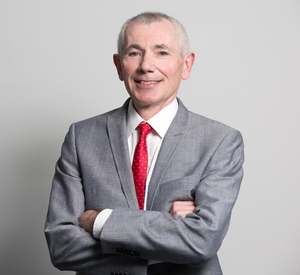 Analysis: the first test flights of the 747 and Concorde in early 1969 were small steps for man but giant leaps for the aviation business

50 years ago, the first test flights of Boeing’s 747 and Aérospatiale/BAC’s Concorde heralded a new era for the air transport sector. The advances represented by these new planes in terms of distance, speed and carrying capacity were a step change in the evolution of aircraft and engine technology, and their impact remains unequalled to this day.

Fuelled by global economic growth, demand for air travel mushroomed during the 1960s and the then workhorse of the industry, Boeing’s 707, struggled to cope. Airports too found the increasing volumes of aircraft challenging to manage and congestion levels climbed accordingly. However, Boeing’s attention at the time was on speed as it continued to invest its dwindling financial resources in a floundering supersonic jet project (the 2707 SST).

It was Pan American Airways founder Juan Trippe who put his money where his mouth was and demanded the urgent delivery of a jet with twice the capacity of the B707. Using a design derived from one developed for a military heavy-lift contract (hence the positioning of the flight deck above the passenger cabin to give a hinged nose for a front-loading cargo door), Boeing responded with the 747, the world’s largest passenger aircraft.

Having set new records for the time from design to manufacture and for the world’s largest building to make them, the impressive statistics for the "Jumbo" jet didn’t stop there. It boasted a twin-aisle passenger capacity of 400 (twice the B707), a height taller than a six-storey building, a 350 tons take-off weight (equivalent to 10 fully-loaded 18-wheel trucks), a range of 8000 miles (its fuel tanks had the capacity to drive a small car 36 times around the globe) and a cost per passenger saving of 50% at full capacity.

The test flight of this "Queen of the Skies" (serial number 001, currently on view at the Museum of Flight in Seattle) took place on February 9th 1969 over Western Washington. Pan Am quickly ordered the first 25 and intercontinental mass transportation became a reality.

If the iconic design of the 747 captured the hearts of the flying public, the same could be said for the aircraft taking shape on this side of the Atlantic at the same time. The focus on Europe during the 1960s was on speed rather than capacity. Europe’s aviation sector wasn’t as developed as that of the US, having been decimated during the Second World War. It seemed to be the next logical step after the jet engine, still in its first decade of commercial use, had effectively shrunk the globe by two and supersonic travel offered the potential to halve it again. Or perhaps, as has been suggested, the UK signed an agreement with France in 1962 to co-develop a supersonic plane primarily to smooth its entry to the Common Market.

Supersonic travel aspirations at the time were not confined to Europe. The Soviet Union tested its Tupolev Tu-144 on December 31st 1968. It was nicknamed the "Concordski" and was grounded after just 55 scheduled flights and two crashes. Boeing’s 2707 SST project was only finally cancelled in 1971 when US Congress withdrew funding.

From RTÉ Archives, an episode of The Likes Of Mike from 1977 which saw Mike Murphy take a trip on Concorde. "Undoubtedly, the toughest assignment I’ve been on"

The Anglo-French collaboration to share costs and risks included firms from each country, British Aerospace and Aérospatiale, working on the airframe and two others, Rolls-Royce and SNECMA, working on the jet engines and it was a joint venture which proved quite harmonious. Britain’s Tony Benn settled a minor disagreement over the name by accepting the French version – Concorde – with the assertion that the extra "e" stood for "excellence, England and Europe". But the development costs (in excess of $10 billion in today’s terms) exceeded all targets and it was abundantly clear by the time of the first test flight on March 2nd 1969 that these monies would never be recovered from operations.

Regularly referred to as a "technological masterpiece", the Concorde did indeed further shrink the world for its hundred passengers with a maximum cruising speed of 2,179 km (1,354 miles) per hour or Mach 2.04 (more than twice the speed of sound), and more than halving the flight time between London and New York to three to four hours. In all, 20 aircraft with the distinctive drooping nose were built: seven went to British Airways, seven to Air France and the remaining six prototypes never entered passenger service. Further demonstrating the spirit of cooperation, the first two commercial flights took off almost simultaneously on January 21st 1976: British Airways from London to Bahrain and Air France from Paris to Rio de Janeiro.

Changing times in the air

"Luxury" was a term commonly applied to both the 747 and Concorde. American Airlines 747s had a piano bar in economy class (Frank Sinatra Jr performed on a Los Angeles to New York flight in 1971) and Continental’s models had a lounge with sofas. Other uses of the tear-drop space behind the flight deck included a spa and a casino. Concorde was a single-aisle aircraft and relatively cramped space by comparison so inflight service was the focus with a menu featuring Dom Perignon champagne, caviar and lobster canapés (customers were also offered Havana cigars).

However, such comforts could not protect these pioneers of aviation from the massive changes brought about by the 1973 oil crisis. Not cheap to begin with at $24m each ($155m in today’s money), the 747 had four engines and when the global price of fuel sky-rocked from $3 per barrel to $12, the impact was immediate and dramatic. Moreover, the lower costs per passenger only kicked in with full loads yet the 747 used almost as much fuel when 70% full as when completely full. Lounges and sofas were quickly replaced with more seating in a bid to lower the cost per passenger (an one-class configuration could fit 660 seats), but many orders were still cancelled or deferred and aircraft grounded.

For Concorde, the fuel crisis proved even worse. Often described as an "oil-to-speed converter", the plane burned almost the same amount of fuel as a 747 yet had half the range and a quarter of the capacity. Furthermore, the sonic boom created by Concorde was becoming more unacceptable to noise regulators, even when restricting services to over-water routes.

Other changes were taking place in the industry during the next few decades which did not bode particularly well for these two jetliners. Improvements in engine technology allowed regulators to permit twin-engined aircraft to fly up to five hours from an airport as opposed to one hour when the 747 was launched.

As a result, twin-engined long-haul aircraft were becoming more economical, spear-headed by the Airbus A300, the world’s first twin-engined twin-aisled aircraft. The agreement between France and Germany to build the A300 also took place in 1969, with Airbus Industrie formally created 18 months later. The A300 was seen as a counter-balance to the growing dominance of the US in the global aviation market (accounting for some 80% share at the time). It was believed that a twin-engined aircraft could safely operate over long distances and offer users a saving of some 20% per seat compared to its tri-engined competitors, the DC-10 and the Lockheed Tristar. Twin-engined long-haul aircraft would allow for more point-to-point routes to be served economically and gradually see the traditional "hub-and-spoke" networks become less prominent.

More of the same?

While over 1,500 B747s were built (and some 500 are still flying), the production line consists of the cargo model, the 747-8, since the last passenger configuration delivery to Korean Air in July 2017 and current orders will be fulfilled by 2022. Nor has the jetliner that replaced the 747 as the world’s largest in 2007, the four-engined Airbus A380 with an 853 passenger capacity in an economy class configuration, got a bulging order book. Although over 200 are in service, only 331 have been ordered since its first flight and Emirates is the sole carrier to confirm an order (20 in January 2018) in the last two years.

For Concorde, cost and noise challenges proved too much. Having made just under 50,000 flights and carried 2.5m passengers supersonically, its last commercial flight took place in October 2003. Several initiatives to re-start supersonic travel have been reported in recent years though it remains in doubt if this form of transport offers a commercial return.

Although twin-engined, subsonic aircraft look set to be the vehicles of choice for the foreseeable future, the aviation industry will always owe a major debt of gratitude to the iconic 747 and Concorde. 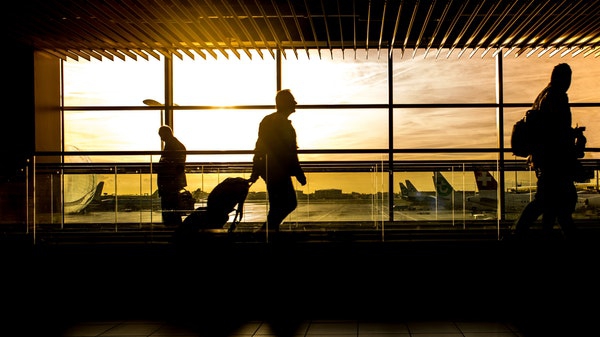 Up, up and not away: how Brexit could cause air chaos