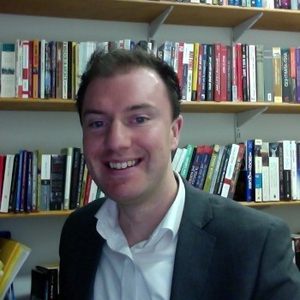 Opinion: unless we are willing to tolerate a world where the poor are constantly in "crisis", we must do more to tackle the injustices that initially put them in that position

Biafra changed many things. In June 1968, an ITV news broadcast woke the world to the massive humanitarian crisis unfolding in the Eastern Region of Nigeria, then in the throes of a brutal war of secession with the Nigerian government. Its impact was immediate. Biafra became the world’s first televised famine, the west’s first response to humanitarian crisis in the post-imperial third world, and a pivotal moment in the history of aid.

The missionaries and volunteers who delivered emergency relief symbolised a new way of conceiving the west’s responsibilities towards the outside world. That sense of obligation was only added to by the thrilling sight of Joint Church Aid planes flying aid into the region under cover of darkness, with the ever-present risk of being shot down by the Nigerian air force. The west, their actions implied, should do everything in its power to help communities in need.

From RTÉ Radio 1's Leap of Faith, John O'Loughlin-Kennedy tells the story of how Concern came into being in response to famine in Biafra

Those dramatic scenes were vital in creating the NGO industry with which we are so familiar today. Though some well-known brands from the late 1960s – like Canairelief and Nordchurchaid – have long since receded from memory, others went on to much bigger things. Formed in March 1968 following a meeting of missionaries, former aid workers, medical and educational personnel at the Dublin home of John and Kay Kennedy, Africa Concern later changed its name to Concern Worldwide to reflect its expanded mandate.

Other, more established NGOs also benefited from the public attention and, above all, massive spike in public donations that the crisis precipitated. In Britain, for example, Biafra thrust Oxfam, Save the Children and Christian Aid into a spotlight they have left only rarely since.

But Biafra’s legacy is a lot more complicated than this brief list of highlights suggests. The aid community was heavily criticised for its intervention in the region. Some claimed that NGOs had allowed themselves to be manipulated by the Biafran regime, and that the rebels used the cover of famine to generate sympathy for their cause.

The Biafran crisis came at the end of a decade when the Christian churches had expended much energy adapting to the social, political and cultural realities of decolonisation

Others remarked on the problematic language used to foster public engagement with the campaign. Photographs and footage of emaciated men, women and children, their bodies ravaged by kwashiorkor and marasmus, created an enduring picture of Nigeria (and, by extension, Africa) in the minds of those watching in the west. That image was not positive. Despite the humanitarians’ good intentions, the unfortunate by-product of their actions was often to reduce Biafrans to a position of helplessness and dependence on outside help.

Those criticisms in turn raised questions about how individuals in the west should enact their responsibilities towards the third world. The Biafran crisis came at the end of a decade when the Christian churches had expended much energy adapting to the social, political and cultural realities of decolonisation.

Some missionaries had even been encouraged to return to university to train in social work and other related areas, and to align their activities more closely with the world of development aid. In Biafra, these links came in particularly useful, since missionary networks and mission centres became integral to the distribution of emergency relief.

From RTÉ Archives, an RTÉ News report from August 1968 on Irish aid for famine relief in Biafra

Yet while Joint Church Aid (nicknamed "Jesus Christ Airlines" by its pilots) was busy flying famine relief into west Africa, a parallel debate was taking shape that fundamentally challenged how people in the west viewed their relationship with the global poor. It focused on themes that are familiar to us in the 21st century: economics, inequality and social justice.

Third world commentators, diplomats and statesmen condemned the concentration of wealth among certain states and players in the global economy. The Christian churches adopted an equally forthright tone. The publication of Pope Paul VI’s 1967 encyclical Populorum Progressio (on human development) brought the concept of justice to the centre of Catholic thinking and inspired the Irish Catholic hierarchy to create Trócaire six years later.

At the same time in Latin America, the emergence of what became known as "liberation theology" encouraged clergy to speak out against unjust social structures and class conflict. Their ideas were very different from the altruistic spirit that defined the relief effort in Biafra. What good was charity, they asked? Was it even compatible with the pursuit of an equitable world order?

From RTÉ Archives, New Day In Brazil was a 1977 Radharc documentary on liberation theology in Brazil

These questions remain as vital now as when they were posed in the late 1960s. They challenge us to think about how we understand our relationship to those we wish to help. Put simply, where the pursuit of justice and liberation implies some form of solidarity with the poor (or, at the very least, with their goals), the provision of aid and emergency relief is essentially a one-way relationship. We give in the expectation only that those on the receiving end will be grateful for our generosity.

Which approach is the "correct" one to take? The world needs the first responders like those who saved many lives in Biafra. Yet without recourse to economic justice and a re-ordering of the structures that perpetuate global inequality, where will that leave us? Unless we are prepared to tolerate a world in which the poor are constantly in "crisis", it is imperative that we do more to tackle the injustices that have left them in that position to begin with.

Dr Kevin O’Sullivan is a lecturer in history at NUI Galway and the author of Ireland, Africa and the End of Empire: Small State Identity in the Cold War (Manchester University Press). He is an Irish Research Council awardee.