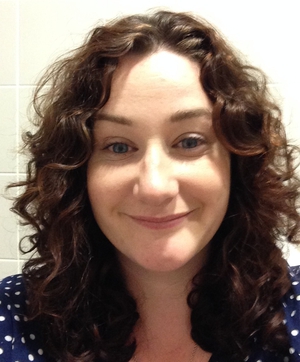 Analysis: sand is the most widely used resource on earth after water and air

Some people like squeezing it between their toes, others use it as art material. It’s a valuable commodity, actively mined and exported across the world as part of an $80 billion dollar industry. It's now increasingly protected in many destinations from sentimental tourists taking a little piece of their holiday with them. But where does sand come from, how did it come to be there and why should we care about it?

Sand is composed of thousands of individual grains formed when bigger rocks are broken down by water, air or ice over time. Each sand is unique, comprised of grains of various composition, size and rounding, giving the stunning range of beaches across the world from the famous black sands of Hawaii, composed of volcanic glass, to the pristine white paradise beaches of the Maldives, almost exclusively made up of quartz grains. Besides these visible characteristics however, sand grains hold the key to a completely invisible, secret world. A world that sedimentary provenance analysis unlocks.

What is sedimentary provenance?

Sedimentary provenance is forensic geoscience which seeks to find where sand is sourced from and how it is transferred from its source to its current resting place. Like CSI, geoscientists use unique fingerprints held within individual grains of sand to track their route across the earth’s surface. In this way, we can piece together the history of sands in rivers, beaches and deserts.

Not all sand grains have useful fingerprints and because each sand grain is different, the type of fingerprint geoscientists can use is also different. Some grains, such as zircon and rutile, have isotopes which can be dated to give an age of formation or a time at which their geological clock was reset, usually indicating a period of mountain building or continent-continent collision. Other grains, such as feldspar, tourmaline and garnet, can have different amounts of various elements, providing a unique geochemical make-up which can be linked to a particular source.

However, unlike human fingerprints, the fingerprints of sand grains aren’t always so simple to match with its source. Many rocks have similar types of minerals so the individual grains they produce when broken down can’t always be distinguished. Modification of the source fingerprint is also a problem. Thousands of tons of sand can be transported in a matter of hours during floods and grains of sand can survive for millions of years, constantly being moved, buried, cemented, and recycled or even sometimes reset, so the fingerprint of its original source often becomes overprinted.

From RTÉ Archives, Cathal Murray reports for RTÉ News on an international sand sculpting festival in Dublin in 2003

Grains can be transported for thousands of kilometres without breaking down. Grains in the Mississippi delta have been tracked over 3,700km upstream as far north as southern Canada, while grains in the Nile delta have travelled close to 7,000km. As a result, grains from one source are often mixed over and over with grains from other sources. On the other hand, more easily crumbled grains can disappear altogether by either being physically broken down or chemically dissolved and/or altered, meaning important pieces of the puzzle can be lost entirely.

So can you really see the world in a grain of sand? Yes! Take a handful of sand from any beach or river and you can get an idea of where that sand came from. Grain characteristics such as grain shape can help to determine how the sand came to be there – windblown sands are typically well-rounded, clean grains with a frosted texture formed by the grains hitting against each other, while river sands are typically more angular, often accompanied by mud.

However, sand is constantly on the move. Whether tumbling along in a river, dragged under a crawling glacier or blown above us in the air, sand is continuously being generated, transported and reworked. By using the unique fingerprints held within individual sand grains, geoscientists can get a clearer picture of how sands come and go through time.

With just a few grains, geoscientists can uncover the size and location of river systems active millions of years ago (many of which still exist today), the changing shape of the landscape, the position of the continents, and even something about the climate which prevailed at the time the sands were deposited. Within individual river systems, the pathways of sands can be tracked in high resolution (e.g. whether those sands sat for millions of years on the floodplain of a river or were transported straight to the world’s oceans).

So why should we care about sand?

We all love a golden white paradise beach, but few of us know how much we use sand on a daily basis. After water and air, sand is the most widely used resource on earth. Sand is used to make the screen you read this through, the glass you drink from, the buildings you sit in, the roads you drive on. Sands hold precious oil and gas reserves, drive production of electronics, and protect against coastal erosion.

READ: How to build the perfect beach

But like all resources, sand is not infinite. A looming sand crisis means sand production and extraction needs to be better understood and regulated, to ensure sustainable solutions are created. So next time you’re standing on the beach, crossing a river, or passing some outcrop on the side of the road, remember that sand could have been produced millions of years ago, thousands of kilometres away, in a completely different climate than we have today and transported by wind, air or ice. Not bad for a little grain of sand!