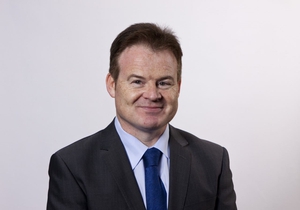 Analysis: new research has found the frequency of gout among patients with kidney disease in Ireland to be "quite staggering"

Gout is a common chronic arthritis that affects between two to four percent of the adult population. It causes significant pain and disability due to its effects on joints, tendons and bone. The principal cause of gout is an elevated uric acid level, which results in the deposition of crystals in joints and tissues resulting in significant inflammation and pain. High levels of uric acid in the blood (generally greater than 400 µ/L) become insoluble and precipitate in joints and other tissues to form crystals.

There are many factors, which cause elevations in serum uric acid including purine-rich foods (like red meat and seafood), alcohol, sugar-sweetened drinks, kidney disease, obesity and certain medications. Gout typically presents with acute severe pain of the big toe due to the deposition of crystals in the joint and the resulting inflammation. The pain and swelling comes on quite suddenly, frequently at night. The affected joint is red hot and swollen and may cause fever and nausea.

The acute attack of gout is called a flare and patients may suffer recurrent acute flares of gout, which ultimately lead to joint destruction and deformity, limited range of movement and disability. Furthermore, gout is linked to several major conditions such as heart attacks, strokes and kidney disease. However, there are effective treatment strategies, which target both the acute gout flares as well as the longer term consequences.

In Ireland, there is a lack of information on the prevalence of gout and the extent to which these patients are treated. Furthermore, given that uric acid levels rise with worsening kidney function, it is plausible that patients with kidney disease may be more prone to gout and have a higher burden than those without kidney disease.

Given the emerging importance of gout as a risk factor for kidney failure and its links with heart disease, we wanted to find out how common gout is among patients with kidney disease in the Irish health system. We conducted a national study to determine the frequency of gout in patients who attend specialist kidney clinics in Ireland. We also determined the extent to which gout patients were treated with preventative drugs (such as allopurinol or febuxostat) that reduce uric acid levels and prevent gout flares. The study was conducted by a team from the University of Limerick Graduate Entry Medical School (GEMS) and the Department of Nephrology in University Hospital Limerick

The study was conducted across 18 specialist kidney centres in six health regions (West, Midwest, Northwest, Midlands, East and Southeast). Information on the presence of gout and related conditions was recorded from medical charts and detailed information was collected on health conditions and prescribed medications especially those that are used in the treatment of gout.

What did we find?

The results, which have been detailed in the PLOS ONE journal, were quite striking. Overall, we discovered that one in six (16.6 percent) kidney patients had a recorded diagnosis of gout in their medical record. For patients with mild kidney disease, gout was present in 7.5 percent of patients and this figure increased to 22.8 percent for those with severe kidney disease.

We were particularly interested in gaining a better understanding of the quality of treatment delivered to gout patients with kidney disease. We know from previous studies that acute flares of gout inevitably lead to more episodes of inflammation, more disability and may potentially affect kidney function. Furthermore, patients with kidney disease who also have gout may inadvertently receive non-steroidal anti-inflammatory drugs (NSAIDS) as part of their treatment, which although effective for gout, may be harmful to kidneys.

Despite the known complications of gout, the study found that many kidney patients with gout were under-treated at clinics, even though these medications are effective in preventing acute gout flares and chronic arthritis. The study revealed that 55.6 percent of patients with mild kidney disease were receiving urate-lowering drugs; medications (allopurinol or febuxostat) that reduce uric acid levels and prevent gout attacks. The number of treated patients increased to 77.4 percent with severe kidney disease.

Despite the known complications of gout, the study found that many kidney patients with gout were under-treated at clinics,

While our study confirms that a large number of kidney patients with gout remain under-treated with uric acid-lowering medication, it was encouraging to see that treatment rates were substantially higher in patients with advanced kidney disease. The reasons for the relatively low rates of ULT prescribing in CKD patients may be related to concerns of hypersensitivity syndrome which is seen with allopurinol use, as well as less efficacy and need for dose reduction in patients with low levels of kidney function. Allopurinol was prescribed in 63 percent while febuxostat, a more potent ULT medication was used in five percent of gout patients.

It was also noteworthy that not a single patient in our study with gout was receiving a NSAID, which suggests greater awareness of the risks of NSAIDs in these vulnerable patients by general practitioners and kidney specialists.

What does this study mean for kidney patients in the Irish health system?

We have shown that gout is very common in patients with kidney disease and increases in frequency the poorer the kidney function. Given the clinical consequences of gout, and the emerging evidence that gout may increase the risk of kidney failure, it is essential that physicians are vigilant in screening for the presence of gout and in the treatment of diagnosed gout at clinic visits.

Our study has also revealed that there is room for improvement in the treatment of gout especially in the use of such preventative medications as allopurinol or febuxostat which are effective in reducing uric acid and preventing acute and chronic complications. Although 68 percent of patients were receiving preventative medications, a substantial 32 percent remained untreated.

It was encouraging to see that the treatment rates were higher in patients with advanced kidney disease. This would suggest that kidney specialists and general practitioners are increasingly aware of the disease and the need for treatment in patients with poor kidney function. A further welcome observation was the finding that no study participant had a NSAID medication listed in their clinic record. NSAIDS are known to be effective for acute gout, but are harmful to kidneys as they may worsen kidney function. 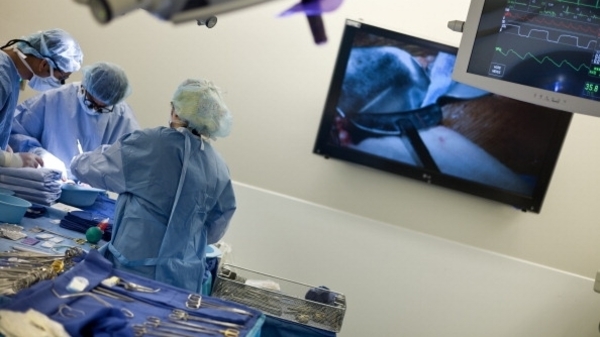 What's behind the huge rise in kidney failure in Irish patients?