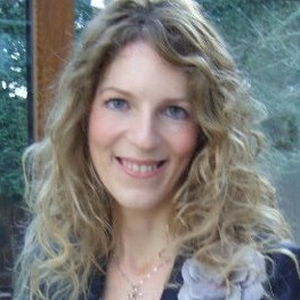 Opinion: there is marked support within Russia for the president's legal and historical arguments in favour of the annexation of Crimea

Among the educated, middle-classes in Moscow, not only does President Vladimir Putin claim support, but there is a real sense of frustration in relation to Western perception and subsequent treatment of the president's ideas for Russia. A large part of this sympathy and support for Putin is based on his narrative, which is framed around legal and historical argument.

In interviews conducted last summer with middle-class civil servants working in Moscow, Putin was praised for his ability to reflect and reason during challenging circumstances. One example of such a circumstance was Russian annexation of Crimea in 2014.

Crimea was described as an independent republic which existed first within the Russian Empire, then within the USSR and now within the Russian Federation. At no point in its history within Russian governance since 1783 has it ever existed outside of the boundary of Russian territory. When it was given by the Secretary General of the USSR, Nikita Khrushchev, to Ukraine in 1956, there was an understanding that Crimea was still part of the USSR. Examples were given of how a town located in one city could be offered to a neighbouring city within the same country but, regardless of the new affiliation, the citizens of that town would continue to identify with their original city.

It is quite difficult to understand how this example could work in practice. Yet this explanation has been offered as a means of understanding the reasoning put forward by Russian lawyers at a meeting of the UN Security Council in 2014 in the aftermath of the annexation of Crimea by Russia.

Their argument rested on two points; the first about the sovereignty of states, the second about the right of people to self-identification in those states. Lawyers representing the Russian Federation stated that the first point applies until a state exists, and argued that the sign of this "existence" was a functioning judicial system, political system and economy. With a breakdown of state systems, point two then applies and the people of that nation have the right to choose. Ukraine and its failing institutions was cited as an instance of point one, allowing for the self-determination of the Russian people living in Crimea.

These points and their application to the annexation of Crimea, have been contested by the international community, not least because Russia is a signatory of the Budapest Memorandum on Security Assurances and of the Helsinki Accords. This last carries security assurances against threats or the use of force against the territorial integrity or political independence of Ukraine. There was no engagement from interviewees on this point. In response to questions from the UN Security Council in 2014, Putin claimed that no territory had been violated because the revolution had prompted a new state to exist. Under these conditions, Ukraine was no longer recognisable.

In a survey conducted by the Levada Centre in Moscow in March 2018, four years after the referendum put to the Crimean people by the Russian Federal Government, 70 percent of Russians agreed that reunification with Crimea has "mostly helped" Russia. In the interviews, all respondents stated that Crimea was of vital strategic importance to the Russian national idea.

More broadly, Kari Roberts (2017) argues that Putin’s narrative is shaped by cultural and security vulnerabilities generated by the West’s treatment of Russia. A large part of these security concerns emanates from Russia’s relationship with NATO and the Kremlin’s hardening perception of the alliance and its intentions. Glenn Diesen and Conor Keane maintain that this concern is valid in many respects because, following the end of the Cold War, the alliance continued to perceive Russia as the main threat while NATO’s purpose remained that of "insurance policy" against future possible threats from Russia.

This perception of Russia was partly responsible for the US strategy of achieving nuclear primacy, locating radars and interceptors within close proximity of Russia’s borders. This, the authors suggest, displays a potentially offensive posture to Russia, compounded by perception of NATO as a tool of the West’s economic and political expansion to Eurasia.

From RTÉ Radio 1's Morning Ireland, John Lough, Associated Fellow on the Russia and Eurasia Program at Chatham House, on the reasons for Moscow's decision to challenge Ukraine's independence

While this unhappy relationship between the west and Russia has underpinned much of international response to Putin’s annexation of Crimea, the importance of regaining territory from Russia’s past which will now be part of the geoeconomic identity of its future, has been a constant across interviews. On this point there continues to be marked support within Russia for Putin’s approach to Crimea.

Dr. Ruth Casey is Assistant Head of the School of Accounting and Finance at TU Dublin with a research interest in Russian foreign policy and international relations