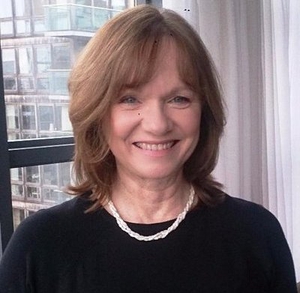 Opinion: while there is an abundance of fashion chains that focus on the young, stores aimed at more mature women are conspicuous by their absence

For women over 50 years of age, dressing to look their best becomes more of a challenge as they age. They discover that stores they shopped in all of their adult lives no longer seem to provide the go-to solutions they once did. Why? Are they perhaps now "too old" to shop at Zara and other High Street stores?

Research conducted on fashion stores in the UK shows that women from the age of 33 stop engaging with Zara altogether. For others like H&M, the "age cliff" is even earlier. Obviously, this also relates to changes in women’s lifestyles, careers, increased incomes and so on. However while there is an abundance of fashion chains that focus on the young, stores aimed at more mature women are conspicuous by their virtual absence.

What makes this difficult to understand is the role of demographics. All across the developed and developing world, societies are ageing. A study conducted by A.T. Kearney revealed what they term an "Agequake", a demographic earthquake of unparalleled proportions in the average life spans of people. The global share of people aged 60 and over is predicted to reach 21 percent by 2050. In Ireland, the share of people aged 55 and over will increase to 31 percent of the population by then.

As older consumers tend to have higher disposable incomes, there is an opportunity here to target the lucrative "grey pound". It would therefore be very short-sighted for fashion retailers not to at least consider extending their merchandise to include older women in their target markets.

The potential rewards are huge and yet mature consumers continue to feel neglected by retailers. In the UK, female consumers aged 50 and over are one of the most powerful consumer groups, spending more than £2.5bn per season on fashion, yet 61 percent of this segment feel their age group is forgotten by the High Street.  A study conducted for British retailer JD Williams found that 66 percent per cent of mature women felt they would like to see more choice suited to their age group, and just 16 percent felt loyal to one store.

"There are more women in the 50+ bracket than ever before and it’s abundantly clear that they have felt let down by the fashion industry", said JD Williams CEO Angela Spindler. "We’ve made it our mission to address this. Shopping for clothes should be easy and enjoyable, whether you’re 16 or 60. Recent years have seen this population of women emerge as the most powerful consumer group and the fastest-growing fashion sector. No longer does 50 signal the start of the slow decline into old age, it now marks the midpoint of a woman’s life." Spindler said the report was "a wakeup call to the fashion, retail and media industries to give these women what they want. It’s our job to empower; after all, ignoring them should be done with peril."

So what do mature women want from fashion? First of all, not to be seen as old. Women today are very different at 50 and 60 than their mothers and grandmothers were at the same age. There is a misconception that older women differ greatly from young women however research – including recent research by this writer - shows that they are much more similar.

While women today are more likely to dress like their daughters than their mothers, they do have requirements which they need addressed.  Many women find that they unavoidably put on weight as they go through middle age and, while they may still remain fit and relatively slim, their body shape changes. Larger waistlines are typical but also shifts in weight distribution. For most women, changes to their arms due to weight increase or skin loosening are one of the major physical challenges of dealing with ageing. Sleeveless dresses and short skirts are no longer considered wardrobe staples. However, older women still want to dress fashionably and stylishly with some degree of comfort too.

Older women are more secure in their sense of style in their fifties than they were in their thirties and consistently research shows that women in their fifties and beyond do not yearn to be young again and equally do not want to be seen as "mutton dressed as lamb". They are prepared to spend more on quality pieces which will last while also still enjoying engaging with fun fast fashion on occasion. The challenge here for retailers is to find a balance between the fashion trends of the day and good classic styling.

Finally, older women do not want to be patronised or harassed by staff while shopping for clothes. However, when they seek service, they expect it to be delivered well.  There is also a benefit to employing older staff in fashion retail who better understand the changing needs of the fashionable older woman.

It would be very short-sighted for fashion retailers not to at least consider extending their merchandise to include older women in their target markets.

Given the recent demise of so many retail stores who have fallen victim to the "retail apocalypse", retailers need to recognise the long-term market potential of being the first to market with a fashionable offer for mature women. India Knight of the Sunday Times recently wrote that friends assure her that there are must-have pieces in every Marks & Spencer collection, but "you have to look for them".

She sums up the views of many older women: "thing is, I’m busy. Why doesn’t M&S, whose clothing sales continue to fall, set up a little corner for people like me and go 'here you are, relatively cool mid-lifers. You’ll want most of this'? Why does nobody, at any brand, in any price bracket, seem to understand that once you’ve got middle-aged women sorted, your falling sales will become a thing of the past?" 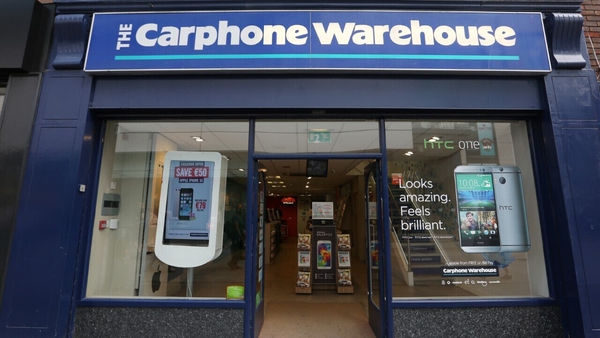 Why are so many shops going out of business?