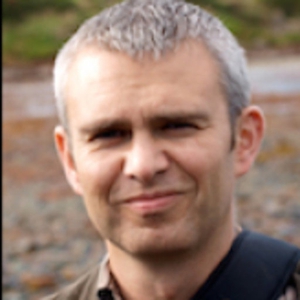 Opinion: The Irish Government's hardline attitude to the border during Brexit highlights a neglect for what this means for Northern Ireland

With Michael Gove’s infamous denunciation of the tendency of "experts" to claim a privileged position in predicting the future, I would suggest that it is easy to stretch the notion of "upheavals". Indeed, despite Sinn Féin and the Democratic Unionist Party’s propensity to burnish leftist credentials or a concern for the working class, both facilitated the Conservative austerity agenda and paved the way for the roll-out of Universal Credit in Northern Ireland while in government.

If upheavals in the areas of social policy and economic planning remain conjectural (though seemingly odds-on to be an utter disaster) and may ultimately depend on who is in power in Westminster, what can be said about the ongoing impact of Brexit on Northern Ireland?

A largely ignored area of concern has been what Brexit may mean for the two main Northern Irish ethno-nationalist ideological blocs – namely, nationalism and unionism. For instance, the question over where the border will be drawn is often framed within discussions of security ("how will a ‘hard border’ with a militarised presence not present an opportunity for dissidents?") or trade ("what will Northern Ireland’s position be as regards the Customs’ Union?").

The recent book, Heroic Failure: Brexit And The Politics Of Pain, by Fintan O’Toole on the politics of Brexit is emblematic of this anomaly. For such an astute and critical interrogator of Irish politics, culture and history, O'Toole's discussion of Brexit is haunted by Irish nationalism. Extracted from unsubstantiated and unprovable claims and the plethora of pseudo-psychological musings that are coloured by various pejorative adjectives, O’Toole’s thesis is twofold – English nationalism has driven Brexit and has done so from a hubris that barely disguises an inferiority complex:

It is possible, when overlordship and victory turn sour, to think of oneself as the underdog and the loser …The political erotics of imaginary domination and imaginary submission are the deep pulse of the Brexit psychodrama … [Brexit stems] from the allure of irresponsibility. In the bondage games playing out in the English reactionary imagination, Britain has spent forty-five years hanging … with clamps on its nipples and a gag in its mouth (Heroic Failure: Brexit and the Politics of Pain, p.21 and p.25).

O’Toole has argued that England is awakening from one delusion and entering another nightmare: Britain in 2018/19, he suggests in Prospect, has become Ireland circa 1918. In the Joycean allusion underpinning O’Toole’s depiction of English nationalism, Stephen Dedelus is "trying to" awaken from history-as-nightmare. He is not quite asleep, not quite awake but still in that liminal state of awareness – powerless, but conscious of his impotence.

From RTÉ Radio 1's Today With Sean O'Rourke, an interview with Fintan O'Toole about his new book Heroic Failure: Brexit And The Politics Of Pain

O’Toole misses the implications of this transitional state of affairs when he goes on immediately to state that "the great difficulty of Brexit was always going to be Ireland". This difficulty, he avers, is because of an untidily drawn border and differences in approach to history.

That may well hold. But on the one hand, it is unsupportable given that no real alternative was seriously considered in 1925. On the other, an "Irish" or "English" approach to the past is so vague and general that it obscures more than it reveals.

But what if "The Border" is actually more of an Irish problem than an English one? The answer perhaps lies in the fact that a less intransigent attitude to the border was once possible. Politically, there could have been a choreographed fudge, similar in kind to the tactics that characterised the London-Dublin discussions during the peace process.

From RTÉ Radio 1's Morning Ireland, Sam Coates, Deputy Political Editor of The Times, on a no-deal Brexit and the Irish border

O’Toole’s analysis is revealing because, with that question and that possibility, the border needs to be seen as part of a maximalizing strategy by the Leo Varadkar administration. This is not to say that it unrealistic to expect a state to maximise its interests in relation to its capacity. Rather, it is to highlight the neglect of consideration for what this means for relations in the North.

For instance, if the backstop is not triggered and Northern Ireland remains de facto part of the Customs Union, what will this mean for Scotland? Surely, Nicola Sturgeon will trigger a second independence referendum on the basis of "what about Scotland?" It is surely a mistake to ignore the possibility that loyalists in Northern Ireland have not begun to consider that scenario.

Middle-class nationalism has obviously been destabilised by Brexit, but Varadkar’s hardline stance against compromise with London will do nothing to assuage Catholic concerns. In an ethnically divided society where words, events and decisions may be filtered through zero-sum calculations, it is rash at the very least to ignore sentiments within unionism.

But successive Dublin governments and senior officials have displayed a tin ear in this regard. For example, we have seen them consistently downplaying victims’ concerns with Garda collusion and the alleged role of the Irish state in facilitating the Provisional IRA campaign in border regions.

The importance of ideology becomes clear in explaining this general trajectory. Ideology does three things: it describes the world, sets out a project for changing it and smooths differences of meaning, facilitating communication and a sense of belonging, among adherents. A nationalist ideology characterises the policy direction of the Irish state in relation to Brexit that is distinguishable from a co-operative attitude to Anglo-Irish relations. That that is missed by one of the most prominent journalists in the Republic speaks to its depth and resonance.

Certainly, Brexit is being used by British political elites, as O’Toole derivatively argues. But that this is so less evident as regards the Republic’s attitude to the UK and the North in particular is especially unsettling at this juncture – and represents an ill portent for whatever happens after March 2019.

Dr Cillian McGrattan is a lecturer in politics at the School of Applied Social and Policy Sciences at Ulster University. He is a former Irish Research Council Government of Ireland Postdoctoral Research Fellow.