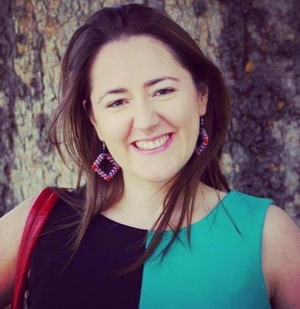 Analysis: we may not fully understand what causes the Parkinson's puzzle, but we do know that there is loss of neurons throughout the brain

Parkinson’s disease affects approximately one in every 500 people, making it the number one movement disorder in the world. It is the second-most prevalent neurodegenerative disorder after Alzheimer’s disease. The disease is age-related and there is currently no known cure. Men are slightly more likely to develop the disease than women. There is no completely accurate test for Parkinson's disease, so the rate of misdiagnosis may be relatively high. It remains a national and global challenge and negatively effects the quality of life of Parkinson’s disease suffers.

In 1817 a doctor named James Parkinson at the Royal College of Surgeons in London published the first essay on the disease. In "An Essay on the Shaking Palsy", he presented several case studies in which he describes the symptoms of patients that he had observed in his surgery office. In 1872 the Shaking Palsy was renamed Parkinson’s disease after the doctor. Since then, Parkinson’s disease has been a major medical puzzle leading to 201 years of intensive and world-wide research.

Many clues and breakthroughs have been made throughout the last two centuries. Lewy bodies are insoluble aggregates–clumps of protein–found in the brain of patients with Parkinson’s disease. In 1913 and in 1919, respectively, the first description of Lewy bodies and the first description of changes in the midbrain were reported by examining post-mortem brain samples of Parkinson’s patients. In 1958 the first proof that the neurotransmitter dopamine is expressed in the human brain was found.

In the 1960s, it was shown that L-DOPA had anti-Parkinson’s disease effects in humans, a treatment still in use today. In 1985, there was the first attempt at stem cell therapies for Parkinson’s in humans. In 1998. a protein called alpha-synuclein was found to be the main component of Lewy bodies. In the 1990s and 2000s, it was discovered that mutations and multiplications of certain specific genes were the cause of inherited forms of the disease that occur in 10 percent of overall cases of Parkinson’s disease. However, approximately 90 percent of Parkinson’s disease cases, termed sporadic, are believed to result from complex interactions between genetic susceptibility and environmental factors.

What changes occur in the brain and the body?

We don't fully understand the cause of the disease, but we know that there is loss of neurons throughout the brain. One particular clue to the Parkinson's puzzle is that there is even more significant death of dopaminergic neurons in the midbrain. The death of these midbrain neurons leads to the clinical features that doctors use to diagnose Parkinson’s disease; slow movement called bradykinesia, stiffness of muscles and tremor at rest.

The cells that die in the midbrain are cells that release the neurotransmitter dopamine. This loss of dopamine causes a decrease in the activity of the motor cortex, the part of the brain that controls movement execution. It is a progressive disease and in late-stage Parkinson’s disease symptoms can include postural instability and gait disorders and an increase in the occurrence of falls. Although the disease was classically defined as a movement (motor) disorder, we now know it is not only so. Patients also suffer from non-motor symptoms that can include changes in sleeping patterns, urinary symptoms, increased constipation, increased anxiety and depression. Patients may experience mild cognitive changes and increased apathy.

In my own research, we are trying to understand what exactly is going on, right down to the level of individual molecules in midbrain neurons. This research, conducted with numerous colleagues in the Lester laboratory at the California Institute of Technology and continuing at Maynooth University, involves digging into the molecular mechanisms of those midbrain neurons that actually die in Parkinson’s disease. We do this by looking at the full complement of RNA molecules expressed in a cell (called the transcriptome) of healthy dopaminergic neurons grown on a petri dish with an aim to further understand dopaminergic cells. These RNA molecules are part of the fundamental mechanisms of cells: how are they changed in midbrain neurons in Parkinson's disease?

Does Parkinson’s disease start in the gut?

There are several other areas of Parkinson’s disease research going on in Ireland and around the world. These include the role that inflammation plays in the disease and on the death of cells in the midbrain, how the believed problem-protein alpha-synuclein protein aggregates in cells and forms the main component of Lewy bodies, and testing of newly identified neuroprotective molecules in an aim to develop new treatments and drugs. Another exciting area of research is the positive effects that exercise has on Parkinson’s disease.

Dr Beverley Henley is a Research Fellow at the Human Health Institute at Maynooth University.