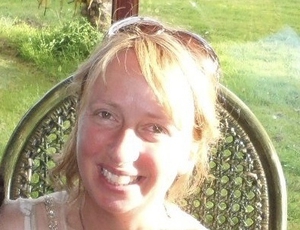 Opinion: the use of placebos presents a medical paradox and an ethical dilemma for those who want to treat patients without tricking them

Placebo controls are created to look just like the real treatment, but have none of the expensive, pure and active ingredients of the treatment being tested. Commonly containing sugar, cellulose or saline, these controls are usually described as "fake", "inert" and "inactive".

Billions of euros are spent to research and develop new drugs and medical treatments to treat health conditions. These medicines are often tested using a placebo-controlled Randomised Clinical Trial, the "gold-standard" method to examine whether a programme is effective or not.

The act or ritual of swallowing a tablet, a capsule or a liquid, or rubbing a cream can powerfully influence the effects of the treatment

Clinical trial participants know they have a chance of being given placebos or the "real" medicine. Amazingly, a significant percentage of patients report feeling better after taking a course of placebos for a variety of conditions such as chronic pain, depression and irritable bowel syndrome. Placebos can change brain activity, release dopamine in Parkinson disease and increase endorphin in patients with pain.

We used to think that placebos worked because they were given blindly or deceptively, tricking patients to believing they were taking real medication when instead they were taking a fake medication. But there lies a medical paradox and an ethical dilemma. If placebos have real and powerful effects, why inform clinical trial participants that they may be given a placebo and describe this as "inert" and "inactive"? If we value honesty, openness and transparency, it is essential to understand how we can treat patients without tricking them.

What happens when patients in placebo-controlled trial are told that they were taking placebos? Do patients relapse? I asked this question to Harvard Medicine Professor Ted Kaptchuk. "You know, I’ve been wondering this for the past few years. Let’s do a study and find out" he replied.

That was 18 years ago. I was attending The Science of the Placebo conference in Washington DC, while doing my PhD at the University of York and I was incredibly excited to be collaborate with a world leading placebo expert.

Surprisingly, we found that no research had examined the effects of telling placebo responders what they had been taking. We asked researchers who ran placebo-controlled randomised trials whether they told the participants what they got at the end of their studies. Published in the British Medical Journal, we found that most investigators never informed patients, often because they never thought about debriefing.

In another survey, I phoned the participants of a clinical trial comparing corticosteroid with placebo injections in patients suffering from severe heel pain. When I told those who got better following placebo injections, some felt embarrassed and others were quite excited. Most did not expect the treatment to work. They simply hoped it would.

Wanting to be transparent and ethical about placebos, Professor Kaptchuk began to conduct Open-Label Placebo studies, inviting patients with Irritable Bowel Syndrome to take part in a clinical trial and informing them that they are being prescribed a placebo. He explained that this treatment had no actual pharmacologically active ingredient, but that these had been shown to work, how they possibly work and emphasising the importance to take them daily.

Nearly twice as many patients with Irritable Bowel Syndrome who were given placebos in an honest and open manner reported experiencing significant symptom relief, compared to those who received no treatment. In a subsequent Open-Label Placebo trial to treat chronic back pain, significantly more patients who took placebo pills knowing they were placebos felt better than those in the no treatment condition.

If we value honesty, openness and transparency, it is essential to understand how we can treat patients without tricking them

Other trials where researchers were honest about giving placebos to trial participants, also found these patients to improve significantly for conditions such as cancer fatigue, migraine and hay fever. In the School of Applied Psychology at University College Cork, we recently conducted two open label placebo studies using Zeebo placebos and found these to significantly reduce period pain and to significantly improve sleep.

What activates a placebo effect?

"Don’t mistake the finger pointing to the moon for the moon" is a Zen Buddhist analogy that is useful when trying to understand how placebos work. We often mistakenly attribute the effects of a medicine to the ingredients in the medicine, when what really helped improve a condition was a combination of factors including the context of health care.

The placebo is a finger pointing not to the inert sugar pill, but to the "moon" which consists of a constellation of placebo effects activated by a number of variables. These include the characteristics of the treatment, the patient, the practitioner, their relationship and the healthcare setting. In an article published in the Lancet in 2001, we found that warm, caring doctors were best at activating placebo effects. In 2016, we replicated this study and had similar findings in the context of pain.

Our beliefs, mind-set and the way health professionals interact with us can also significantly influence our health

Placebo surgery is a particularly powerful placebo. In a review of 53 clinical trials, a group of researchers from the University of Oxford concluded that there was no statistical difference between placebo surgery and the "real" surgery.

Surgery and medicines are very important and often vital treatments, but placebo research shows that is essential to acknowledge the role of our innate healing abilities. Our beliefs, mind-set and the way health professionals interact with us can also significantly influence our health.