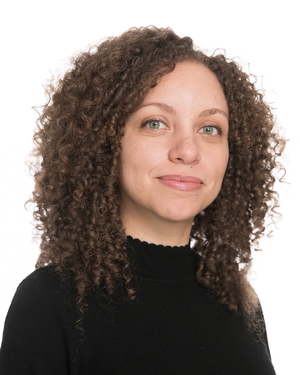 When a monster approaches the Caribbean, we rush to our houses, secure doors and windows and get the candles ready. The monster’s first distant howl shakes the leaves of the trees that will be torn up by the roots soon after. Unlike the trees, we know what will come later and we shake with the leaves. During October and November, when many around the world celebrate Halloween or El Día de Muertos, or commemorate the Solemnity of All Saints, we say goodbye to our monsters in the Caribbean and celebrate the end of hurricane season.

Every year from June through November, increasingly powerful storms fuelled by warmer waters cross the Atlantic. Recently, the Intergovernmental Panel on Climate Change (IPCC) backed up the knowledge of millions of people in the Caribbean and beyond: climate change is real and we are seeing the consequences of global warming through more extreme weather. Regions at disproportionately higher risk include Arctic ecosystems, dryland regions, small-island developing states and least developed countries. Hence, denying climate change is a direct dismissal of the most unprotected lives in our planet.

Even though we are all vulnerable, the histories of imperialism and colonialism that granted wealth to some communities at the expense of the development of others are key variables to measure and understand our unequal weaknesses in the face of global warming. Dr Leon Sealey-Huggins, from the University of Warwick, has analysed the social and political relations of climate change. He highlighted the "perverse paradox" of the crucial role of wealth expropriated during the colonial period from the Caribbean through slavery and land exploitation on industrialisation. Industry in the global north is now the main emitter of greenhouse gases and is sending howling monsters back to some of the most vulnerable territories on earth. These are metaphors with a tangible destructive power.

The first references to hurricanes can be tracked back to the knowledge of the indigenous cultures of the Antilles and Central America, studied by anthropologist and cultural theorist Fernando Ortiz (Havana, 1881–1969). The Taíno and Siboney peoples represented Huracán, the god of whirlpools and storms, as a rotating element, a humanoid head with two warped arms. The accurateness of these first representations of cyclones is revealed today by satellite pictures.

RTÉ Nine News report on Hurricane Matthew in Haiti in 2016

Relying on the precision of these first ideograms, experts use the word "arms" to describe the rotating winds that form the radio of tropical storms. However, the first episode of the contemporary science of hurricanes was written in 1875, when priest and scientist Benito Viñes (Tarragona, 1837–Havana, 1893) released the first ever documented hurricane warning. Cuban meteorologists have been leaders in forecasting Atlantic hurricanes and preventing deaths since the 19th century. The most recent IPCC report acknowledges the important role of this type of local knowledge to inform education and community approaches to develop resilience to climate change.

A year ago, even when Irish authorities and media had repeatedly warned that Ophelia was a life-threatening event, one of my students went outside in a moment of calm to see the damage caused by the storm and take some pictures. When, he told me about his exploratory foray, I could not believe his recklessness and he could not understand my preoccupation. In the Caribbean we have learned that monsters are tricky and that the moment of calm after an encounter with a cyclone precedes the most violent part of the attack of the Cyclops that looks at us from above with its only empty eye.

Extreme weather events teach us important lessons about our natural, social, cultural and political environment, and underscore necessary dialogues. This deepening of knowledge through collaboration across disciplines, communities and states is key to develop resilience to climate change. In Europe, and particularly in Ireland (which shares a similar colonial past and an increasing exposure to storms with the Caribbean), recognising climate change will be vital to building a sustainable future for our shared Atlantic space and for the earth.

The report about Ireland’s greenhouse gas emissions, released by the Environmental Protection Agency last April, reveals that national total emissions increased by 7.4 percent between 2014 and 2016. Fortunately, with a maritime jurisdiction that is approximately 10 times the size of its land mass, Ireland has great potential for technological innovation in marine and renewable energy. The MaREI Centre for Marine and Renewable Energy, coordinated by the Environmental Research Institute of University College Cork, is leading the transition towards a decarbonised energy system. By harnessing multi-disciplinary perspectives to engage researchers, stakeholders, authorities and communities in concrete actions to stop the current rate of global warming, some in Ireland have already started fighting the transatlantic monsters that we know so well in the Caribbean.

Yairen Jerez Columbie is an assistant lecturer in the Department of Spanish, Portuguese & Latin American Studies at UCC