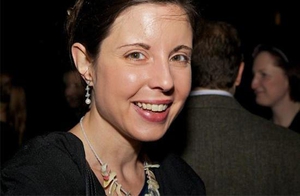 Analysis: life before vaccines, modern anesthesia and popping into the chemist for some paracetamol to relieve an headache

A collection of over 100 Irish language medical manuscripts, copied between roughly 1400 and 1700, contain texts on topics ranging from anatomy and pathology to health regimen and herbalism. Most of these manuscripts, now preserved in libraries across Ireland and further afield, were compiled as reference handbooks for practising physicians in Ireland and Gaelic-speaking Scotland.

These physicians typically belonged to one or another of several learned families involved in medical practice over successive generations. Although the majority of the medical texts produced by these families were written entirely or mostly in the Irish language, a large proportion of them consist of translations or adaptations of Latin scientific works studied in the continental universities that emerged around the 12th century in places like Paris, Montpellier and Bologna.

The surviving Irish medical manuscripts do not contain many case-histories of individual patients. However, occasional notes added to the margins of some texts do provide glimpses into the lives and experiences of their scribes, who often travelled to receive training, gain access to material not available at home or provide medical services. For example, the Connacht doctor Connla Mac an Leagha wrote in 1496 that he had finished copying one particular medical tract after treating a member of the ruling kindred from the medieval lordship of Magh Luirg (in present-day Roscommon) who had been seriously wounded by an arrow.

While many of the Irish medical texts reflect familiarity with the curricula of the late-medieval universities, some material survives that sheds light on the practice of medicine in Ireland long before those centres of learning were established. Thus one medical manuscript compiled in the 15th century includes a unique copy of a legal text, first written down almost 800 years earlier, that outlines the compensation due to Irish physicians for treating various types of injuries.

The text explains that a particularly high fee would be payable to a doctor called upon to treat any of the so-called "doors of the soul" in the human body. These were evidently understood as places that were particularly vulnerable to injury due to the proximity of a major vein or artery and where a doctor would have to demonstrate good training and skill in making surgical incisions. A small slip of the knife could have the serious consequence of causing substantial blood loss, potentially resulting in the death of the patient – here symbolised by the escape of the soul from its bodily prison.

In some cases, the Irish medical manuscripts preserve material that reflects belief in the power of charms and other kinds of magical practices to heal patients of various ailments. Such cures were often based on the idea that one could draw a symbolic likeness between cause and effect, as when a remedy found in a 16th-century medical manuscript advises men suffering from impotence to burn the testicles of a boar and drink the resulting ashes in wine. Here, the idea is seemingly that one might cure the afflicted part of the body by consuming the corresponding part of some animal considered to be particularly virile (warning: don’t try this at home!)

While similar cures are attested in medieval medical writings from other parts of western Europe and may reflect borrowing from a common source or from one language to another, they are often transmitted anonymously in the Irish manuscripts. Occasionally, however, Irish medical scribes tried to situate the origin of their learning in a very local context. For example, one compilation of herbal cures for various ailments attributes several remedies to the authority of members of the Irish supernatural race known as the Túatha Dé Danann, whose activities are recounted in Irish mythological tradition from as early as the 9th century.

There is still much more that we have to learn about medical practice in medieval Ireland. The majority of the surviving Irish medical texts have never been fully transcribed or translated for a modern audience and there are many challenges involved in interpreting their contents. As medieval medical scribes typically wrote on vellum, a material made from expensive calf-skin, they often sought to save space on the page by employing numerous abbreviations that can be difficult to decipher. Many of their texts also contain technical terms that are unrecorded in modern dictionaries of the Gaelic languages.

But the study of these texts is not an impossible task. Many recent technological advances, such as the availability of digital images of many Irish manuscripts through the Irish Script on Screen project run by the Dublin Institute for Advanced Studies, have been revolutionising the way that historians access medieval texts and analyse their contents. Resources such as these have made it infinitely easier for scholars all over the world to unlock the many secrets, curiosities and tricks of the trade recorded by medieval Irish medical scribes, offering us an opportunity to paint a much more complete picture of Ireland’s cultural, linguistic and scientific heritage.

Dr Deborah Hayden is a lecturer in the Department of Early Irish at Maynooth University, and Principal Investigator for Medieval Irish Medicine in its North-western European Context funded by a Laureate Award from the Irish Research Council