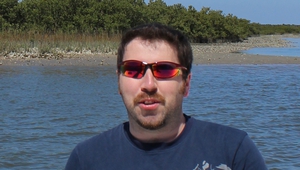 Analysis: what is causing so many teenage sea turtles to develop disfiguring external tumours - and what treatment is required to see them right?

Imagine if all the teenagers in your town suddenly started to develop disfiguring external tumours. Well, that is exactly what is happening in the tropics, but the teenagers in question are not people but teenage sea turtles. While mutations may well be a contributing factor to this cancerous epidemic, these are no comic-book teenage mutant ninja turtles, but real, wild endangered animals. Scientists are now on the hunt for the elusive drivers of this global disease, with both a virus and detrimental human activities the apparent co-culprits.

This disfiguring disease, which goes by the unwieldy name of fibropapillomatosis, was first described in the Florida Keys in the early 1900s. A few green sea turtles bearing the tumours were found sporadically through the majority of the century, but there was a rapid explosion in fibropapillomatosis-afflicted turtles in the 1990s.

The explosion in the disease during the 1990s was not confined to Florida and occurred in sea turtle populations circum-globally with turtle populations in places as distant as Hawaii, Australia, Asia, Africa and South America developing these tumours. In certain locations such as Hawaii, 90 percent of the green turtles were suddenly afflicted by tumours. The alarming global occurrence of the disease raised urgent questions, not least because sea turtle populations were already in freefall as a result of such human-related threats as poaching, pollution and nesting beach destruction.

After intensive investigation, a turtle-specific herpes virus was found to be associated with the tumours, but this raised more questions than it answered. Firstly, the virus was also present in individual turtles and indeed entire populations (including in the Mediterranean) that never developed the tumours. Secondly, scientists were able to reconstruct the evolutionary history of the virus and show that it had been present in sea turtles for thousands to millions of years, yet tumours were only a recent phenomenon.

Turtles have roamed the earth since the time of the dinosaurs and normally have very robust anti-cancer defences. It was therefore puzzling that they were suddenly being stricken by tumours, often tens to hundreds of tumours per individual. Despite much searching, a virulent strain of the virus was never found and no-one could explain why the same virus caused tumours in some turtles, but not others.

To further add to the mystery, these tumours were only developing in juvenile turtles, with younger hatchlings and older adults remaining tumour free, despite also being exposed to the virus. This is especially puzzling when we consider that, by and large, cancer tends to be a disease of older adults, not something that specifically targets juveniles. Normally it takes time for cancer-causing mutations to accumulate in our genomes, hence cancer becoming more common as we age. This is also true for other long-lived species such as sea turtles. However, this oddity of fibropapillomatosis affecting only juveniles led to a breakthrough in our understanding of what triggers this cancer.

Hatchlings and adult sea turtles live in the open ocean, with adults only coming ashore to lay eggs. Juveniles, on the other hand, live exclusively near to shore; with shallow estuaries, lagoons and reefs being their favourite habitats. This led to the discovery that something in the inshore environment was triggering the tumour development, and so hatchlings and adult turtles were not being exposed to the trigger.

Digging further, scientists compared maps showing the locations of the occurrence of the disease to maps of human activity on land. They noticed that there were certain areas with higher onshore human activity, such as areas with high agricultural run-off (pesticides, fertiliser, etc.) that eventually made it via rivers into the sea. These areas overlapped almost perfectly with the areas where higher rates of the disease were seen in the local turtle populations. This was the turning point in understanding that the epidemic was driven by human-induced changes to the juvenile sea turtles’ habitat. It explained both the unusual geographic peculiarities of the disease, and why it predominantly occurs in juveniles.

Research is ongoing to identify the specific environmental factor(s) driving tumour formation and we now have a better understanding of the role of the herpesvirus in the disease. There are some notable parallels in humans that have provided insight into the turtle tumours. In humans, certain pathogens are known to induce tumour formation. One such pathogen is the human papilloma virus (HPV), which causes cervical and throat cancers. Thankfully we now have a HPV vaccine to protect the younger generation against such cancers.

While HPV infection can in its own right lead to later cancer development, there are many other common human viruses that do not normally lead to cancer, at least for the majority of the population. Unfortunately in immunocompromised patients (such as AIDS patients or organ recipients who must take immunosuppressive medications to prevent organ rejection), normally non-troublesome viruses are able to get out of hand, evade the body’s defences and induce tumour formation.

One such virus is Kaposi sarcoma-associated herpesvirus (KSHV). In some human populations, up to 40 percent of people have been exposed to the KSHV virus, yet it causes no clinical problems, but it causes skin tumours in people with compromised immune systems. We now believe that the same is true of the sea turtle fibropapilloma-associated virus. The virus causes no major problems in healthy turtles but, when turtle immune systems are compromised by human-associated environmental degradation, the virus gets out of hand and results in rampant tumour formation.

As the species responsible for this tumour epidemic, what can we humans do to combat it? Firstly, we can stop treating the ocean as a dumping ground for our waste, agricultural run-off and industrial/domestic chemical-tainted water. This will benefit not only sea turtles but many endangered marine species, as well as the humans that live beside the ocean and waterways and rely on them for their livelihoods. Secondly, there is a concerted ongoing effort to rehabilitate individual turtles afflicted by fibropapillomatosis, with voluntary rehabilitation hospitals in many of the countries where turtles affected by the disease are found.

At our own rehabilitation hospital at the University of Florida, we treat turtles and surgically remove the tumours. We also conduct in-depth research into the causes of the disease and work to identify and improve treatments with which to combat the tumours. By applying the cutting-edge techniques used in human cancer medicine and research, we have found that the genes driving the development and growth of these turtle tumours are identical to the genes that drive human tumours.

It would be a tragedy to lose a species as ancient, enigmatic and charismatic as sea turtles

It would be a tragedy to lose a species as ancient, enigmatic and charismatic as sea turtles. Even if we only act in our own self-interests, sea turtles should be serving as canaries in the coalmine warning us that we alter the environment at our peril. We too are host to a range of pathogens that would wreak havoc with our health given half the chance. The extremely close similarity between sea turtle tumours and human cancers should provide added incentives to strengthen environmental protections. They all too clearly depict the dangers to both wildlife and ourselves if we continue to pollute earth’s environments unchecked. Let the plight of the teenage turtles be the warning that prevents our teenagers from suffering similar fates. 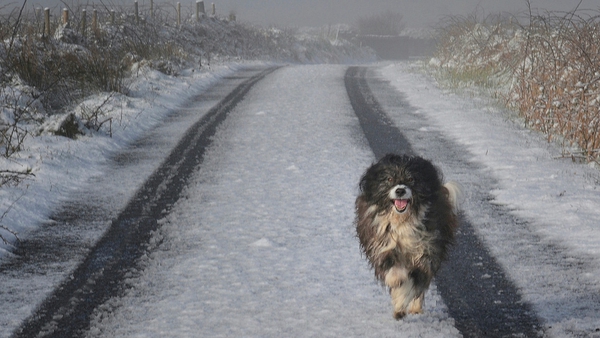 Who let the dogs out? Meet Candie, the oldest dog on the planet