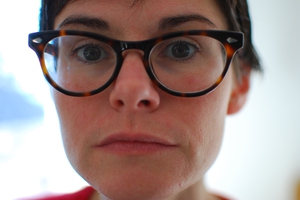 Opinion: we should recognise the instances of political stigma and shame today and act on them before they lead to more inquiries and protests

Ireland is undergoing a historic reckoning with its multiple legacies of shame. Recently, with the visit of Pope Francis to Ireland, there was an emphasis on the shame imposed on victims of clerical abuses, and on Irish women who were punished for becoming pregnant out of wedlock. Such women were almost invariably concealed, and often incarcerated, for varying lengths of time. They were left in no doubt that their transgression of sexual activity – which left no mark whatsoever upon the men involved – branded them indelibly as fallen women.

By the 1950s, one percent of the Irish population was incarcerated or institutionalised. UCD philosopher and activist Clara Fischer argues that the particularly Irish phenomenon of widespread institutionalisation and corresponding abuse was enforced by agencies of the Church and State acting together. However, it was reinforced by the implementation of national mechanisms of stigmatisation and shaming.

Political shame in Ireland’s past was necessary for the project of national identity formation, with idealised Irishness being predicated on female virtue and male valour. Contradictions to this founding narrative were resolved through institutionalisation and public shaming of transgressors. While the Catholic Church retains excessive and unwarranted power in Ireland, the Church today is not what it was in the 1950s. If we truly want to eliminate systemic shaming from our public sphere, we need to look beyond the Catholic Church into contemporary power structures.

From RTÉ Radio One's Documentary On One: In Shame, Love, In Shame looks at a 1946 incident at the church in Listowel, Co Kerry and the devastating impact that the church and state have had on three generations of one Irish family

Recent research on stigma and shame give good indications of where we should look. The field of stigma studies emerged in 1963 with the publication of sociologist Erving Goffman’s monograph Stigma: Notes on the Management of a Spoiled Identity. Stigma has proven an important concept in the applied social sciences, for example in the fields of public health and public policy. More than 50 years on from Goffman’s core text, sociology professor Imogen Tyler is revisiting Goffman and encouraging us re-integrate power in our understanding of the stigma concept.

Stigma is the social process whereby a particular trait or characteristic (smoking, for example, or single motherhood) becomes labelled and negative stereotypes are attached to anybody who carries the label. Those who are thus labelled then lose status in society, enabling discrimination and systematic abuse. One of the most insidious features of stigma is the role it plays in producing the emotion of shame and causing labelled individuals to feel shame. We look to moral philosophy and feminist theorists to understand that shame is a political emotion.

Contemporary theorists of stigma and shame exhort researchers to look at the dominant philosophies of governance to understand where political shaming is likely to happen. In Ireland, as in many other places, this political era is characterised by austerity measures to reduce government spending, coupled with deregulation and promotion of highly mobile international capital. This neoliberal approach to governance involves the reduction of government services and the corresponding promotion of individual self-sufficiency. Just as how stigma was put to use in the service of national identity formation in the past, it is necessary to co-opt the wider public to support a changing approach to governance.

From RTÉ One's Prime Time, David McCullagh examines how the government and the Church have responded to the legacy of the Magdalene Laundries

In the UK, Joanne Latimer explores how cuts to dementia services are justified by portraying dementia as something that can be prevented through managing self and risk, that it is a "moral rather than a neurodegenerative problem". In the case of sexual violence, Dianna Taylor describes a comparable process whereby the idealised rape survivor is characterised in public discourse by grit, determination and self-care. The discourse describes itself as empowering but, to survivors who do not fit the label, there are fewer services than before, and guilt and blame for their own failures to "tough it out" to boot. The flip side of the oft-invoked concept of individual resilience is individual culpability for needs.

In a wide range of different fields, we see a similar process: a subtle shift of responsibility towards individuals and away from the state (away too, incidentally, from the concept of rights). In Ireland, it was apparent in taoiseach Leo Varadkar’s campaign, while Minister for Social Protection, which proclaimed that Welfare Cheats Cheat Us All. What is this other than weaponised stigma, the intentional deployment of social judgement to justify removing resources from specific groups?

Numerous commentators have drawn attention to contemporary examples of political shaming. While modern Ireland is a far cry from the conservative, narrow-minded society of the past, the political tools of deliberately withdrawing social compassion and support from specific categories of individuals are still in use.

Clara Fischer highlights how lone parents are singled out today in much the same way as single mothers were 100 years ago. Perhaps most obviously, increasing numbers of observers recognise the ways in which the system of Direct Provision for asylum seekers is directly comparable to the institutional homes of the past. In the past, an institutional architecture existed to separate "fallen women" and diminish their status in the eyes of the general population. Today, a highly comparable architecture separates asylum seekers. Massive buildings, hotels and hostels in the centre of our towns and communities tell us that it is alright to look away.

Recent actions to renounce the atmosphere of shame, blame and judgement that prevailed in 20th century Ireland are crucial. Accountability for what happened in the past is necessary. But looking to the future, we would do well to recognise the mechanics of political stigma and shame in the present day, and act on them before they demand yet another round of inquiries and demonstrations. 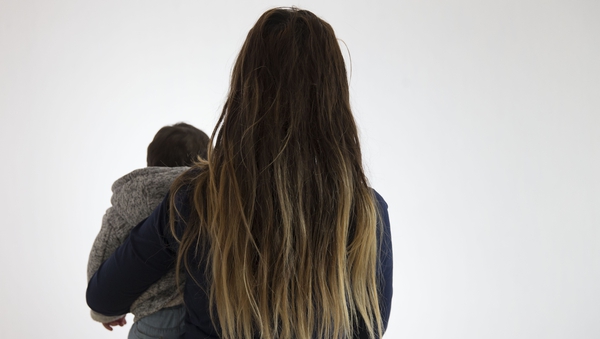