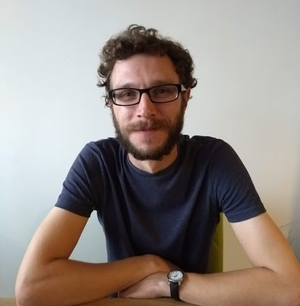 Opinion: 17th century philosopher Francis Bacon is playing a role in the urgent contest over the heart and soul of climate action

Earlier this year, Ireland’s experiment with deliberative democracy delivered its first results. The Citizens’ Assembly’s recommendation that the Eighth Amendment of the Constitution be repealed and replaced was endorsed in a referendum. The national debate was divisive and, at times, traumatic, yet a broad and informed consensus eventually emerged. For all the moral complexity of their social, medical and spiritual implications, decisions about pregnancies were ultimately understood as personal.

One of the other issues that the Citizens’ Assembly discussed poses problems of a different kind. The strength of the scientific consensus about climate change was reflected in the fact that the Assembly was asked not whether something should be done, but how to make Ireland a global leader in doing it. The Assembly responded with 13 recommendations to incentivise or regulate specific socioeconomic behaviours, from managing critical infrastructure and taxation to reforming public transport and the production and distribution of food.

READ: a user's guide to the Citizen's Assembly

But even if all of those measures are enacted, their practical impact is likely to depend on heightened levels of awareness, engagement, and support. None of the proposals dealt directly with the need for improvements in education or concerns about environmental literacy.

Outside Ireland, an urgent contest over the heart and soul of climate action is under way. On one side of the debate is Canadian author and journalist Naomi Klein, who argued in her book This Changes Everything: Capitalism vs. the Climate (2014) that the environmental crisis can only be resolved by embracing it as an opportunity for radical political reform. For Klein, the central issues revolve around concepts of morality, justice and human rights. Her book documented the ongoing challenge of "confronting the climate denier within", the successes and failures of local and global environmental movements and her personal experiences of trying to conceive a child in an increasingly infertile world.

From RTÉ Radio One's Today With Sean O'Rourke Show, an interview with Naomi Klein about her book This Changes Everything: Capitalism vs The Climate

It also offered a brief account of the historical development of destructive and exploitative mentalities. According to Klein, the 17th-century philosopher Francis Bacon is the "patron saint" of "the modern-day extractive economy". It was Bacon, she argued, who convinced his contemporaries to abandon their concept of the earth as "a life-giving mother" and embrace a new role as "her dungeon master". And it was Bacon, she maintained, whose supposedly materialist and utilitarian schemes inspired both European colonialism and the advent of the industrial revolution.

Opposing Klein from within the climate movement is the American psychologist Steven Pinker, whose latest book Enlightenment Now: The Case for Reason, Science, Humanism and Progress (2018) presents a far more optimistic view of the current and future states of the natural environment. Pinker accepts that anthropogenic climate change is a problem of unprecedented gravity. He also agrees that preventing its worst effects is "a moral issue".

Does philosopher Francis Bacon bear historical responsibility for a capitalist war on the climate?

However, the case that he makes for "Enlightenment Environmentalism" is that practical solutions are more likely to come from increased investment in science and technology than from "moralistic" yet "misanthropic" efforts to alter the trajectory of global economic development. According to Pinker, carbon emissions plateau and then decline as knowledge and prosperity increase. As he observes, "the team that brings clean and abundant energy to the world", probably in the form of advanced nuclear power, "will benefit humanity more than all of history’s saints, heroes, prophets, martyrs, and laureates combined".

One of Pinker’s heroes is Francis Bacon, whose achievements as an early modern theorist of objectivity he occasionally extols in his work. Among his villains are any and all "Romantic" and "quasi-religious" ideologists of social and environmental decline.

From RTÉ Radio One's Today With Sean O'Rourke Show, an interview with Steven Pinker about his book Enlightenment Now: The Case for Reason, Science, Humanism and Progress

Does Bacon bear historical responsibility for a capitalist war on the climate? Or was he a prophet of the scientific values on which the future of humanity depends? Both questions involve anachronistic and teleological assumptions and any answers will inevitably be informed by contemporary political beliefs. Even so, the fact that the questions can be asked at all is testament to the power of Bacon’s influence. Some sort of effort has to be made to engage with the content and context of his legacy.

Klein’s denigration of Bacon’s intellectual character is supported by a single quotation. In De Augmentis Scientiarum (1623), Bacon explained that in experimental research, "you have but to follow and as it were hound nature in her wanderings, and you will be able, when you like, to lead and drive her afterwards to the same place again". Klein observed that Bacon’s rhetoric has often proved susceptible to feminist critiques.

Yet her exercise in literary extractivism is misleading. Elsewhere in his philosophical works, and particularly in his unfinished masterpiece, Novum Organum (1620), Bacon maintained that his ultimate goal was to prepare "the marriage bed of the mind and the universe" and that "the promise of the wedding song" would be "helps for men and a line of discoveries which may to some degree subdue and mitigate their needs and miseries". He also described man as "the servant and interpreter of nature", and insisted that "nature can only be overcome by being obeyed". If some of these metaphors remain vulnerable to feminist attacks, they also show that Bacon’s respect for the agency, authority and mystery of nature ran deep.

Will Durant on the philosophy of Francis Bacon

Pinker’s dichotomy between Enlightenment and Romantic ideologies is far from new. At the turn of the 19th century, the proto-Romantic poet William Blake placed Bacon alongside Isaac Newton and John Locke in an unholy trinity of philosophers and scientists whose empiricist methods had ushered in an era of "dark Satanic Mills" and impending spiritual doom.

Even so, some of Blake’s successors saw things differently. In his lectures On the History of Philosophy (1818-19), the Romantic poet and theorist Samuel Taylor Coleridge viewed mechanism and pantheism as pervasive yet opposite "evils" to which Bacon had been almost unique in remaining immune. According to Coleridge, "the true Baconic philosophy" had rarely been fully understood: only when the human mind was purified and freed would it discover, feel, and learn to revere "the necessity of that one great Being" that constantly operates as the ground and condition of the relationship between nature and itself.

While Pinker argues that the "dematerialization" of technology is a "friend" to both humanity and the Earth, Coleridge attributed to Bacon the insight that "science approaches to its perfection in proportion as it immaterialises objects".

If Blake’s attack on Bacon was crudely reductive, Coleridge arguably exaggerated the case for the philosopher’s defence. Nevertheless, the fact that one of the major architects of the scientific revolution could inspire such wildly divergent responses among poets at the dawn of the industrial age remains instructive.

On the one hand, there is no valid reason to associate Bacon with carbon-intensive technologies rather than with the cleaner and more fundamental sources of energy that states, companies, and investors are currently pursuing. On the other, there is now every reason to take more seriously than ever Bacon’s insistence that natural and moral philosophy are mutually and essentially related. Bacon was neither an irredeemable villain nor an unconditional hero. His final legacy to the history of philosophy is probably best considered unfulfilled.