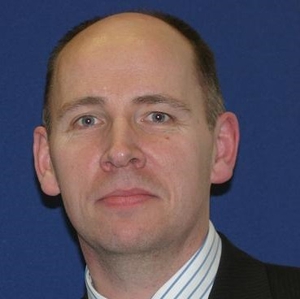 Analysis: we'll spend 27 years of our life asleep so why do we sleep and what are its roles and functions?

Sleep is the single most important behavioural experience we have. It's defined as a "reversible behavioural state of perceptual disengagement from, and unresponsiveness to, the environment." Over the course of 24 hours, the human body constantly cycles between states of wakefulness and sleepiness. These complex processes are regulated by the circadian rhythm or "body clock" as well as sleep wake homeostatis. The circadian rhythm is influenced by the light-dark cycle and is an important regulator of number of key physiological processes as well as influencing daily events such as when we eat, sleep and wake.

The average person will typically spend approximately one third of their life asleep which, with current life expectancy, would amount to a little under 27 years sleeping. By nature of the amount of time we spend sleeping, it is clearly important, so why do we sleep and what are its roles and functions? Sleep has become a hot issue and topic of much debate, but the precise roles and functions of sleep still remain to be fully determined.

While different theories abound, there is still no clear opinion as to why we sleep, though there is a growing consensus amongst sleep scientists as to the critical role that sleep plays in health, wellbeing and the performance of everyday tasks. Much of what we currently know about the importance of sleep and its roles and functions are derived from studies into sleep deprivation (anything less than seven hours) and from occupations where sleep is compromised such as shift workers and the military.

Shift work is a type of circadian rhythm sleep disorder that is typically characterised by complaints of insomnia or excessive sleepiness as a result of a work schedule that takes place during the normal sleep period. According to the American Academy of Sleep Medicine, total sleep time is often reduced by one to four hours in shift workers, even after apparently successful habituation to shift work. US data from the Sleep Foundation suggests that shift workers are also more likely to drive while fatigued and almost twice as likely to fall asleep at the wheel. The Central Statistics Office has estimated that 15 percent of the Irish work force are shift workers.

There is a growing body of scientific evidence which suggests that sleep plays an important role in health and well-being and is essential for maintaining physiological function and cognitive performance. A number of studies have shown a strong link between chronic sleep loss and incidents of a range of diseases including cancer, cardiovascular disease, obesity, diabetes, Alzheimer’s and other mental health conditions. In fact, a number of studies have reported a link between shift work, particularly night shifts, and a high incidence of certain types of cancers.

So how much sleep do we need? This appears to vary and will depend on a number of factors such as age and chronotype - are you a morning "lark" or a nighttime "owl"? According to the US National Sleep Foundation, sleep duration recommendations are: new born (up to three months) 14-17 hours; infants (four to eleven months) 12-15 hours; toddler (one to two years) 11-14 hours; pre-school (three to five years) 10-13 hours; school age (six to 13 years) nine to 11 hours; teenager (14 to 17 years) eight to 10 hours; adult (18 to 64 years) seven to nine hours and older adult (65+ years) seven to eight hours.

From the Today With Miriam O'Callaghan Show, paediatric sleep consultant Lucy Wolfe discusses how to get children back into good sleeping routines after a holiday break

Sleep requirements therefore appear to fall with age. However, current data would suggest that most adults fail to achieve the recommended eight hours and many fall well below this target. Current evidence would suggest that two thirds of adults from developed nations fail to achieve the ideal eight hours as recommended by the World Health Organisation (WHO), which will have a direct impact on health, wellbeing and productivity.

Interestingly, adolescents typically adopt an owl chronotype, whereby their internal body clock shifts backwards about two hours. This lasts for a period of about eight years and is principally due to hormonal changes associated with maturation among other factors. This is characterised by greater wakefulness in the evening, resulting in a pattern of going to bed later and in feeling drowsiness during normal waking hours in preparation for school. Based on this observation, it makes no sound scientific sense for secondary schools to typically start at 8.30am if the principal purpose of the education system is to enhance learning and academic achievement. They should in fact commence later in the morning, though such a radical re-think of educational policy would naturally challenge traditional practices as well as creating certain logistical difficulties such as transport to school.

In order to elicit and reap the benefits of sleep, both in terms of sleep duration and quality, you need to implement good sleep practices. Creating routine should form the cornerstone of any effective sleep promoting strategy. This involves being disciplined in going to bed and waking at the same time each day even at weekends! However, after a busy week there is a strong temptation to have the weekend lie-in and repay some of the sleep loss during a sleep deprived working week. Unfortunately, it is not that simple and the brain does not work like this - you can’t "bank" your sleep hours.

The best solution is a regular daily sleep routine of ideally seven to eight hours sleep. Sleep studies have shown that much of the regenerative deep or slow wave sleep (stage 3-4 of each sleep cycle which last about 90 minutes), which is essential for physiological and cognitive recovery and memory function, occur during the earlier sleep cycles. This emphasises the importance of early night sleep and anecdotal evidence would suggest the more hours spent sleeping before midnight the greater the restorative benefits of sleep.

A key element of good sleep practice is sleep hygiene and creating good sleeping habits. The bedroom should be a sanctuary and used exclusively for what it is designed for. Avoid nesting habits such as eating and watching TV in bed. Ideally, children should not do homework in the bedroom. Blue light exposure from electronic devices is a stimulus for wakefulness and has been shown to have a detrimental impact on sleep. Therefore, smartphone and tablet usage should be minimised in the two hours before bedtime and put out of arms reach in the bedroom. In order to promote a sleep friendly environment, the bedroom should be cool dark and quiet. Blackout blinds and eye masks which promote darkness may be advantageous.

Moderate regular exercise has been shown to reduce stress and may help promote night sleep, though training and vigorous exercise should be avoided in the two to three hours prior to bedtime. Mindfulness activities such mediation, stretching and yoga in the evening prior to bedtime will also help promote a relaxed state and remove the stresses of the day.

Heavy meals should be avoided within three hours of bedtime and excessive fluid intake should be restricted prior to bedtime as it will impact on sleep quality due to the need to urinate during the night. Stimulants such as caffeine and nicotine should be minimised or ideally avoided during the evening hours as they will promote alertness and negatively impact on sleep. Similarly, there is a common misconception that alcohol consumption will help promote night sleep. Whilst alcohol is a sedative and may help promote sleep latency (time to falling asleep), it has been found to negatively impact on sleep quality as sleep is found to be more fragmented.

Other sleep promoting strategies include keeping a notebook on the bedside locker to record your thoughts and reflections on the day that has passed as well as writing down any tasks that need to be completed the following day. This will help de-clutter the mind whilst preparing to sleep and any action items can be dealt with the next day following a rejuvenating night’s sleep.