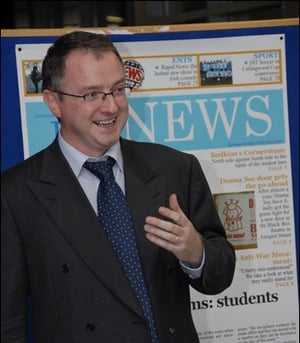 Analysis: over 50,000 students received CAO offers this week and many of them will now be wondering if they should rent, commute or stay in digs

The student accommodation market is changing rapidly.  In the 1980s and early 1990s, around 60 percent of students rented, often in "digs", and one third of students lived with their parents. Living on-campus was very rare and was generally restricted to seminaries and teacher training colleges. Thirty years ago, this started to change, when NIHE Limerick (now University Of Limerick) developed the first Purpose Built Student Accommodation (PBSA)

From RTÉ Archives, Michael Walsh for RTÉ News reports on the new on-campus accommodation for Limerick’s NIHE in 1988

The RTE News report expressed concern that the "landladies of Castletroy" would be put out of business by student accommodation, and indeed this came to pass. By 2006, 17 percent of students were living in PBSA, mainly at the expense of digs. Since 2013, student accommodation construction has resumed, and now one in four students lives in student halls. The percentage of students renting flats or houses has dropped sharply.  The most recent Eurostudent survey showed the proportion of students staying in flats or rented houses dropping from 37 percent in 2013 to 23 percent in 2016.  This is primarily due to a shortage of private rented houses / apartments.  As a result, more students than ever before (44 percent) are living with parents and commuting.

There was a perception in the 1980s and 1990s that living at home with your parents was the killer blow for an enjoyable college life, but this no longer seems to be the case. Irish students who live with their parents are the most satisfied with their living arrangements, by a considerable margin. In fact, the Eurostudent survey is carried out in 27 different European countries, and it showed that Irish students living with their parents were the happiest in Europe.

The main concern expressed by parents and students is that commuter students will miss out on the student experience with its clubs, societies and new friendships. Surveys show that commuter students spend as much time involved in extra-curricular activities as those students who are living in houses or apartments off campus, but less than on-campus students.

From RTÉ Archives, a RTÉ News report by Brian O'Connell from 1984 on the search for student accommodation 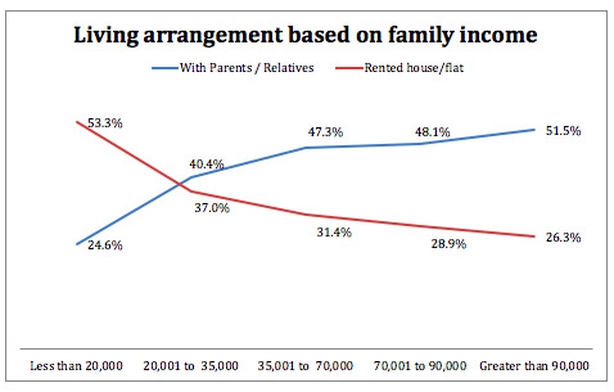 With the chronic shortage of rental accommodation, the development of student accommodation blocks is very welcome. The projections from the HEA show that almost 8,000 additional PBSA bed spaces will have been built by the start of the 2019 academic year and at least 5,000 more are in the planning stage.

From RTÉ Six One News, Emma O'Kelly reports on student complaints that the rents charged for purpose-built student accommodation are too high

Also, the research shows that students in PBSA consumed more alcohol and exceeded safe limits for alcohol consumption more often than other Irish students. This calls into question whether a "party culture" has developed in some student halls of residence in Ireland. Another key issue is the cost of the halls. Irish students living in PBSA are the least satisfied with their living arrangements and this would seem to be strongly connected to the cost of accommodation. In particular, the privately-owned, off-campus blocks of student accommodation are proving to be very expensive and out of reach of most students. As PBSA becomes the major living option for Irish students, it’s important that both cost and culture issues are addressed.

If you or your children are starting college in the coming weeks, what’s my advice? Well, I haven’t yet mentioned digs, also known as home-stay. This is experiencing a resurgence and most colleges have an excess of home-stay options on their accommodation listings. The old image of digs and an over-bearing landlady doesn’t apply any more. Students who stay in digs report higher levels of satisfaction than those in PBSA or private rented accommodation.  It’s cheaper, widely available and a good way for a student to settle in to Dublin and to higher education. If you can’t commute, go the digs route!

Dr Brian Gormley is Head of Campus Life at DIT