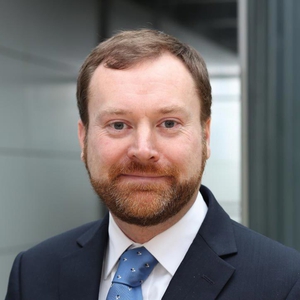 Opinion: 3D printing is revolutionising how things are made, but should we be worried about how it could be used to manufacture firearms?

3D printing has been making headlines around the world of late, due to a legal controversy in the US involving the online availability of files for making 3D printed guns. As a technology, 3D printing is heralding a revolution in manufacturing by enabling the mass customisation of products, a lower environmental impact from factories, greater flexibility of design and creativity and increased efficiency of production.

Many Irish companies are currently using 3D printing (or "additive manufacturing". as it’s known in industry) to make parts and products for the aerospace, medical, materials, packaging and equipment industries. My own research at the I-Form Advanced Manufacturing SFI Research Centre involves developing the 3D printing process and related materials to enable the efficient production of aerospace components, heat engines and other high value products.

While 3D printing has been in use and development for some time, the technology has recently become the subject of widespread debate. On July 10th, the US Department of Justice overturned a ban on the digital distribution of downloadable files for making 3D printed guns. A nationwide restraining order on making the plans available was passed by the US District Judge in Seattle hours before they were due to be released on August 1st. The debate over 3D printed firearms is currently raging, with President Trump, the NRA and the Democratic Party all weighing in on the subject.

In fact, 3D printed gun designs have been around for quite a while. I remember seeing one presented at the International Solid Freeform Fabrication conference in Austin in 2010. As the availability of designs has grown – along with the ability to print them - so too has the controversy surrounding them.

It is clear from numerous research studies that there is a statistically significant positive correlation between higher levels of gun ownership and increased rates of total homicide. The homicide rate per 100,000 inhabitants in the US is 5.35; in Ireland it’s 0.8, and in the UK it’s 1.2. In this light, barriers to general public access to guns are a good thing.

If 3D printed guns were to become feasible for the general public to produce at home, this would not allow for the background screening of individuals before they get access to guns. An additional threat presented by 3D printed guns is that designs built from polymer (plastic) or ceramic materials would not be detectable by metal detectors. A lot of airports now also have Terahertz scanners, which have the potential to detect the shape of a 3D printed gun or gun part.

However, there are currently two main barriers to the general public making their own 3D printed guns. One is the blockage of online sites with gun designs by the regulatory authorities. The other is the technical capability required to get a gun from a 3D printer to work.

While legal battles go back and forth in the US as to whether gun designs are allowed on the internet, people will always find a way to make content available online. When one website is blocked, designs are simply uploaded to another one.

The technical side is another matter. There are ways that someone who is committed to producing a 3D printed gun could potentially do so, but it would not be easy or safe with the equipment that is currently publicly available. The dimensional accuracy and the material capability of the 3D printers that are generally available to the public would not be sufficient to produce a functional gun.

Most publicly available 3D printers print in a polymer (plastic) material. Polymer materials do not readily enable use of a gun design. After one firing, the material would be damaged and would not allow another firing. For example, a gun design printed on a standard €5,000 to €10,000 3D printing machine would not have sufficient accuracy in dimension - or capability in material properties - to withstand the blasting action of a bullet. Not only is it not possible to produce a reliable gun with these printers, it also puts anyone who tries to do so in harm’s way, as the gun can easily explode in the user’s hand. This danger to the user has been shown at a number of research labs internationally.

From Lyric FM's Culture File, Gordon Wallace on how 3D printing might offer treatments for everything from bad knees to schizophrenia

Compared to the US and other countries, we have greater restriction on the purchase of guns and bullets in Ireland. Similarly, we have more restricted access to the purchase of gun parts that could be made using other techniques (e.g. forging, stamping or machining).

From presentations at conferences in the past, I can say that the defence agencies in other countries have definitely looked at this area and are keeping an eye on it. It would be useful if Irish agencies could produce an updated report on this area and to be aware of the possibilities before it could become an issue.

3D printing technology is developing and changing rapidly at the moment. This technology is providing great benefits to society in terms of the products that can now be created. Medical devices such as dental implants, hearing aids and hip implants can be custom printed to fit the patient exactly. However, regulatory bodies and defence agencies should keep a watch on what is possible from this technology. In the future, new laws or legislation may be needed, along with new or improved security measures.