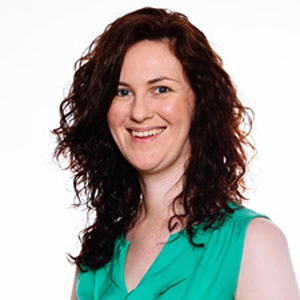 Analysis: the consent issue in rape trials will not be effectively tackled while stereotypes about rape continue to affect juror deliberations

In recent months, rape trials have received unprecedented attention in the media and the public consciousness. A light has been shone on the realities and challenges of proof associated with these trials and, in particular, the difficulties faced by juries in seeking to reach a verdict.

Consent is the central issue in the vast majority of these cases. In what essentially amounts to a "swearing contest" with little, if any, corroborating evidence for either side, 12 ordinary members of the public must decide beyond reasonable doubt whether consent was absent. In the typical fact-pattern - where parties are often known to one another, alcohol is frequently involved and there are no witnesses or injuries to support the complainant’s testimony - it is inevitable that a jury will struggle to be sure beyond a reasonable doubt that the defendant is guilty.

However, there is far more to jurors’ difficulties in reaching a verdict in rape trials than the challenges posed by the facts and the criminal standard of proof beyond reasonable doubt. In the middle decades of the 20th century, feminist theorists identified what they called "rape myths". These were erroneous and prejudicial societal attitudes about rape and its victims which create a culture of disbelief about rape allegations.

From RTÉ Radio One's Drivetime, Dr Conor Hanly, Lecturer at the School of Law at NUI Galway, talks about the Law Reform Commission's paper on how our rape laws might be changed

One of the most commonly cited myths is the "real rape" stereotype, which suggests that genuine allegations involve an attack by a stranger in a public place and involving significant physical injury. Another is the "real victim" stereotype which requires victims to meet certain standards of behaviour if they are to be believed. In this instance, what is perceived to be "foolish", "promiscuous" or "risky" behaviour (e.g. intoxication, dressing "provocatively", inviting a date back for coffee etc) can contribute to a conclusion that she was "asking for it" and/or is somehow less worthy of belief.

In 21st century Ireland, it may seem that we are all sufficiently enlightened not to fall prey to such ill-informed viewpoints. However, a 2016 Eurobarometer survey of Irish attitudes in this area showed some troubling findings. 24 percent of respondents agreed that women are more likely to be raped by a stranger than someone they know, with 23 percent agreeing that women often make up or exaggerate claims of abuse or rape. 11 percent believed that being drunk or on drugs may make having sexual intercourse without consent justified and nine percent believed that voluntarily going home with someone or wearing revealing, provocative or sexy clothing could justify non-consensual sexual activity.

If such attitudes persist in society, they will find their way into jury deliberations. Studies with mock juries in England have certainly shown that perceptions of "real rape" and "real victims" impacted on mock jurors’ assessments of the facts in fictional rape trials.

Indeed, it is likely that the effects of rape myths may be even more pronounced on jurors than the attitude surveys suggest. In the archaic surroundings of a courtroom, the realities of modern life are easily forgotten. Defence lawyers adept at persuasion can not only make quite normal behaviour seem questionable, but also successfully distract jurors from their job (to determine whether consent was absent) to a consideration of the seeming appropriateness of a complainant’s behaviour. Consequently, jurors who would not classify themselves as subscribing to stereotypes may well find themselves unconsciously influenced by them in a trial scenario.

READ: what does the concept of honour mean today?

It is clear then that there is much more to the consent issue in rape trials than difficult fact patterns and the high standard of proof beyond reasonable doubt. We must tackle the potential for prejudicial and erroneous attitudes about rape to permeate jury deliberations, compounding the difficulties of proving an absence of consent.

From RTÉ One's Claire Byrne Live, a discussion on the definition of sexual consent

In Ireland, we have taken the first steps at long last in this direction with the introduction of a legislative definition of consent in the Criminal Law (Sexual Offences) Act 2017. This positive statement of what constitutes legally valid consent to sexual activity ("a person consents to a sexual act if he or she freely and voluntarily agrees to engage in that act") will no doubt assist judges in instructing jurors on the legal meaning of consent.

But it does not address the stereotypes about rape which will continue to affect juror deliberations. To tackle this, public awareness and education about the realities of rape must be targeted at all age-groups and levels of society so that such attitudes will hopefully become a thing of the past. In the short-term, it is necessary to offset the negative influence which these stereotypes exert on trials. Judges must proactively instruct juries on the realities of rape and on how to avoid the impact of stereotypes in their deliberations. This is no easy task as judges must do this without prejudicing the defendant’s right to a fair trial.

READ: "Our approach to sex education is obsolete and inadequate"

One means of helping judges to do this effectively is to provide them with model, neutrally-worded directions which caution jurors about the potential for stereotypical thinking to influence their deliberations. As such directions are templates, judges can adapt them for use in individual cases. Such model directions are already available to English judges and complement the definition of consent which was introduced in the Sexual Offences Act 2003.

As such directions can be introduced outside of legislation, via bench books (a sort of reference book for judges), they are easily and inexpensively introduced and, if created carefully with reference to existing research, could be very effective. Whatever means are chosen to address it, the "consent issue" in rape trials will not be effectively tackled until the "attitude problem" which persists in these cases is appropriately acknowledged and addressed.

Dr Susan Leahy is a lecturer at the School of Law and Co-Director of the Centre for Crime, Justice and Victim Studies at the University of Limerick. She is a former Irish Research Council awardee.