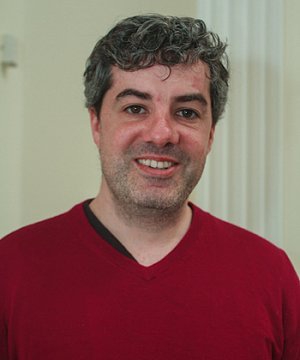 Opinion: while genetic engineering may not produce unintended harm for the individual, we still have to consider social dangers

Novel technologies such as CRISPR permit the alteration of DNA which could eventually facilitate human genetic engineering. The most compelling arguments in favour of this are therapeutic. Genetic engineering could be used to change the DNA of embryos with genetic disorders, Huntington’s Disease or cystic fibrosis for example. It is accepted that people have rights to improve their live and their health and, within certain limits, to improve the lives and health of their children, so it seems that people should be allowed make use of new genetic technologies.

But such methods are unlikely to be limited to therapeutic uses and they may be used for enhancement purposes, such as augmenting and improving the normal capacities and capabilities of humans. In the future, enhancement technologies might perhaps prolong people’s maximum life span, make them fitter, stronger, and more resistant to diseases, allow them to determine their own moods and improve their cognitive abilities.

The Nuffield Council on Bioethics recently attracted headlines by arguing that there is "no absolute reason not to pursue" the genetic altering of a human embryo, but there are reasons to be concerned. While the technology might work and not produce unintended harm for the individual, we would still have to consider social harms.

From RTÉ Radio One's Today With Sean O'Rourke Show, Professor Andrew Green, Director of the Department of Clinical Genetics at Our Lady's Children's Hospital in Crumlin, talks about gene editing

If the use of genetic enhancement becomes widespread, those without will be relatively impoverished. So while those without enhancements might still have legal and formal equality, they will have little chance of gaining important positions, influencing significant decisions and of escaping from a life of poverty.

Resentment is thus a risk. Those without enhancements will likely resent those who had access, particularly if they received those benefits when in the womb. Those with enhancements might resent those without, who might be viewed as imposing costs that must be borne by the rest of society. A refusal to select the best possible embryo, or to otherwise enhance children, or to use enhancements to improve one’s performance in sports, exams or socialising might become socially unacceptable.

From RTÉ Six One News, a report on how researchers at Trinity College Dublin have identified genetic mutation that leads to schizophrenia

An arms-race might arise in pursuit of genetic enhancements. If genetic enhancements are required to succeed in a competitive future environment, people might have to make significant sacrifices (time, money) in order to pursue these goods for themselves or their children. Prospective parents might feel obligated to enhance children.

READ: Why DNA sequencing is going to become part of everyday life

As Peter Singer points out, this could result in a collective-action problem where parents are obliged to ensure that their children are taller, or blonde, or have some other relatively trivial trait that improves their chances of success in life even if this creates problems for the society. Over generations, these individually rational decisions risk producing new problems. For example, taller people might require more resources or may have novel health problems; societies might become increasingly homogenous; research funding might flow disproportionately to profitable but trivial projects.

Eventually, we encounter the possibility of a liberal eugenics where future children are designed to thrive in a respect the norms of the culture of their parents rather than question it. It may be beneficial to select for traits that will ensure children are incurious, patriotic or fearless. It might be rational for parents to ensure their children had no disabilities, meaning that persons with disabilities might disappear from our societies.

Of course, it is not clear what would count as a moral enhancement

Similarly, other groups might also disappear. Some parents may be tempted to use the technology, if possible,  to ensure that their child was unlikely to be a member of such a group (LBGTQ, neurodiverse people etc.) even if they had nothing against any such groups. Something similar is happening in relation to people with Down Syndrome in certain jurisdictions.

Perhaps technology can provide a solution. Philosophers interested in genetic engineering and other enhancement technologies have begun discussing the concept of moral enhancement. If our morality does have a biological basis and we have the technological means and techniques of enhancing it, the initial appeal of the perspective of moral enhancement is obvious.

READ: the ethics of gene editing

Moral enhancement may result in people who are less greedy, less aggressive, more concerned with addressing global poverty and more interested in ameliorating the effects of climate change. To me, the idea that politicians, policy makers, and the judiciary receive moral enhancements is an appealing one.

Of course, it is not clear what would count as a moral enhancement. Different societies possess different accounts of the good, as well as disagreeing internally.  Nor is it clear whether there are real incentives to pursue moral enhancements – wouldn’t the morally enhanced be taken advantage of by those without? While the Nuffield Council is right that there is no "absolute" reason not to pursue genetic alteration of embryos, there are many reasons to be concerned about how such power is likely to impact on our societies.

Dr Fiachra O'Brolchain is Assistid Marie Curie Fellow at the Institute of Ethics and School of Theology, Philosophy and Music at DCU