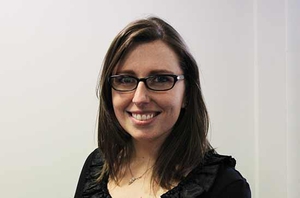 Analysis: an influx of female death metal performers has raised many issues around the misogyny prevalent in the genre

Powerful, extreme, aggressive, loud, assertive, masculine: these are words that litter descriptions of metal music, its performance, and its sonority. Almost half a century since Black Sabbath (arguably) invented the dreaded and oft-derided genre of heavy metal, it remains a largely male bastion.

Within the sub-genre of death metal, the value placed on displays of power, aggressiveness, and hypermasculinity are brought to the extreme. In addition, there is much misogyny in the subgenre, which is clearly evident in many of the song lyrics, some of which describe rape, disfigurement and sexual and physical violence against women.

How, then, does one understand the recent influx of female performers? Their presence has complicated notions of what masculinity means in this context. These women have mastered the once exclusively male technique of extreme guttural vocals. Known most commonly as "the death growl" (or, satirically, "Cookie-monster vocals"), this virtuosic extended vocal technique requires coaching in order to produce the desired sound and to avoid injury in doing so.

Landmind Marathon "Rise With the Tide"

With the advent of the death-metal band fronted by a female death-growl vocalist, traditional gendered codes of behaviour seem to come into opposition with one another. In performing this extreme vocal style, the female growler is both rebelling against traditional gender roles and manipulating the masculinist codes of authenticity found in death metal.

What does it mean when a female performer subverts the exclusivity of the masculine voice in this way? Is this to be read as a feminist or postfeminist performance? How are these performances received by their audiences? Do these women address the misogyny prevalent in death metal?

A key issue is the sound of the death growl itself. When executed well, it is impossible to tell whether the performer is male or female. In fact, most listeners will hear the voice as a male one, exposing a process of an unconscious but active "gendering" of sound. The abrasive sound of the death growl becomes even more extreme when the listener realises that the sound is being made by a woman.

Imagine that we're waiting a live performance by a female death-growl vocalist. What do we expect? Robert Walser has argued that heavy metal and hard rock fans attend stadium concerts to judge the quality of the musicians’ performances. This is a vital aspect of the authenticity surrounding metal and rock music: to judge whether or not the act can do it live.

For the female death growler, the validation is similar, but there is one crucial difference: it is her gender that causes disbelief, that makes us want to see if she can really do it. As the music begins and the first growl erupts from her lips we encounter and slip over the liminal swelling and accept that she can do it: she is successfully performing a male voice. This is a female body with a male voice, a "voice of authority".

In performing such a voice of authority, one might expect that these growling women might use this platform to combat the misogyny perpetrated by many all-male death-metal bands. But this is not the case, and some of these female performers are even singing misogynist lyrics themselves. While this may seem surprising, some of these women speak about not recognising a difference in gender and ask why their gender should matter.

However, many of these performers have spoken out about the difficulties of being a female performer of death metal. For example, Simone (Som) Pluijmers, a vocalist who has performed with Cerebral Bore, Your Chance to Die and others, says "people are really critical because you’re female. If I was a man and I would do the same [performance], people would be like "all right, that’s cool", but because I’m a female people will...listen to every single bit you sing...you can see them staring at you all the time looking for something that goes wrong, and when something goes wrong they’ll just slam it back in your face".

In addition, female growlers are subject to much sexual objectification, as is evident from but a cursory glance through comments added to their YouTube videos. This is in spite of the fact that Pluijmers and many other performers choose decidedly non-sexual styles of dress.

Female growlers resist traditional femininity through their performances, forging new forms of masculinity and femininity in doing so. However, though their presence in such a masculinist subgenre as death metal is progressive, it remains to be seen if these women will in future become accepted to the point where they are judged solely on their performance skills. It also remains to be seen if these voices of authority will ultimately further the cause of gender equality in metal music.