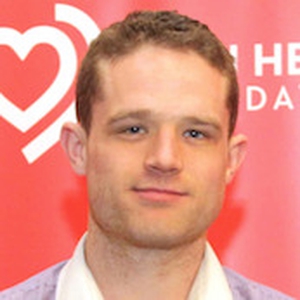 In 1998, the Nobel Prize in Medicine was awarded to Ferid Murad, Louis Ignarro and Robert F Furchgott for the discovery of a gas called nitric oxide. Before this, nitric oxide was considered to be an air pollutant with little relevance for humans. However, detailed experiments which began in the 1980s found that nitric oxide is so important because it makes blood vessels bigger. Bigger vessels mean the pump (heart) doesn’t have to work so hard to get blood around the body. This discovery of nitric oxide is still viewed as one of the most important ever.

However, doctors and scientists have struggled to find drugs that can increase nitric oxide in the body which is where vegetables came in. In the mid-1990s, several research teams around the world discovered that dietary nitrate could increase nitric oxide and decrease blood pressure after only two hours. Dietary nitrate is really only found in vegetables, especially such green vegetables as spinach and rocket as well as beetroot with rhubarb being the only fruit source.

We then went on to conduct a larger, more detailed study in Connolly Hospital. This time, we included only people who were taking medications, but still had high blood pressure. We asked them to continue taking their medications but to take beetroot juice for one week and then fake juice for one week. The results were phenomenal: seven days of juice lowered blood pressure by 8/4 points. This is what would be expected from taking an extra one or two medications. All done by just taking some vegetable juice for a week.

Similar to our blood pressure study, we recruited people who had detailed sleep studies done in Connolly Hospital. We asked them to continue taking their medications, but to take beetroot juice each evening for two weeks and then fake juice for two weeks. The results were even more phenomenal: the juice lowered blood pressure by 8/6 points and, again, this was achieved by just taking some vegetable juice!

So what else can dietary nitrate from vegetables do?

Because dietary nitrate helps make blood vessels bigger, it is not surprising that it has many remarkable effects in addition to lowering blood pressure and improving exercise tolerance. In one fascinating experiment, a single meal containing dietary nitrate increased blood flow to the brain almost immediately. This suggests that vegetables may be able to improve brain function (useful for the exam season), but also may have a role in preventing and treat brain disorders such as Alzheimer's.

Sildenafil, also known as Viagra , is a medication used to treat erectile dysfunction and a serious lung disorder called pulmonary arterial hypertension. The way Viagra works is similar to the way that dietary nitrate works. Although there have been no studies of dietary nitrate and erectile dysfunction yet, it is likely that increasing vegetables can increase blood flow just like Viagra.

The do's and don'ts of dietary nitrate

Dietary nitrate must be converted inside the body, which can only be done by bacteria and specifically bacteria in our mouths. Using mouthwash soon after meals completely stops the effects of dietary nitrate. Also, the acid in our tummy is important so drugs which lower the acid levels in your tummy such as proton pump inhibitors can decrease the response to dietary nitrate. If you are concerned, speak to your GP or dentist. Although dietary nitrate can start to work very quickly, the effects last less than a day so you need to eat vegetables…every day to get the most benefit. This advice sounds familiar…!

Finally, I recommend getting dietary nitrate from a variety of green vegetables, beetroot and rhubarb as opposed to juice. The whole food sources come with fiber, antioxidants and much more as well as being cheaper and tastier. However, my research group are in the early stages of trying to design a nutrition product to increase nitric oxide.

Dr. Conor Kerley is a Clinical Research Specialist, dietitian and lecturer at Dublin Institute of Technology.