Opinion: if selfies are emblematic of modern trends, they are also symptomatic of major changes which have redefined Western societies.

Tens of thousands of years ago, our early ancestors began to draw on the walls of caves. Some of these images still survive, scattered across Eurasia in places like La Pasiega in Spain and Maros in Indonesia. Despite their different geographic locations, these ancient paintings share striking similarities. Firstly, their existence illustrates the human impulse for creativity and the desire to represent ourselves and the world across time and culture. Secondly, it is notable and moving that so many cave paintings feature stencils of the human hand, a type of primitive signature that says "I was here".

It may seem odd to open a piece on the selfie phenomenon with reference to Paleolithic cave paintings. After all, the selfie is in many respects new, a text and practice enabled by digital technologies which are quickly reshaping our social, political and private lives.

It is also ubiquitous and easy to produce, hardly comparable to a precious historical artefact. Yet to fully understand the phenomenon’s popularity, we also need to consider factors that are decidedly not new, factors rooted in the human motivation to express and record the things that matter most to us.

From RTÉ Radio One's Ryan Tubridy Show, Mary McGill discusses if selfies are just a harmless fad or if they are in fact proof of society's worsening narcissism

This motivation is made all the more poignant by the fact that life is fleeting, change inevitable. Hence, as theorists like Roland Barthes have argued, it is unsurprising that we turn to photography as a means of preserving what we hold dear and staying connected to those we have lost.

One way of exploring the selfie phenomenon is as a new form of personal photography. It is a form which is much maligned, regularly evoked as a damning example of our narcissistic age. As a practice, it is, by definition, focused on the self, a preoccupation that is variously cast as wasteful, silly, even pathological. As British journalist Grace Dent puts it, "selfies are a mindless act available every time we need to be mindful."

Yet if selfies are emblematic of worrying modern trends, they are also symptomatic of major changes which redefined Western societies over the course of the 20th century. These include increasing industrialisation along with the rise of mass media and consumer culture in which images are a powerful commodity.

Collectively, these developments shaped, and continue to influence, the norms and cultures which govern our lives. Since its inception, photography has been integral to this process. As a pastime, it helped form models of travel and domesticity through the family photograph album. In advertising, it attempts to stimulate and reflect desire.

As a method of surveillance, photography has been used to justify deeply dubious notions of difference, helping to create classes of people deemed "other" or "deviant". Hence, far from being frivolous, the selfie phenomenon emerges from a history that is complex, marked by inequality and myth-making.

RTÉ Brainstorm podcast based on this article

A key characteristic of modernity is an increased emphasis on the individual as the unit through which people experience the world, as opposed to the family or the community. Under neoliberalism, individualism has been further elevated, particularly those kinds of individualism that harbour an "entrepreneurial spirit". For example, it is unsurprising that some of the most visible selfie-takers are the likes of the Kardashians who have built an empire by harnessing the commercial potential of social media through their astute use of femininity and its associated labour.

Taking the rise of individualism into account, claims of narcissism regarding the selfie need to be carefully unpacked and contextualised. At a glance, it is impossible to tell which selfies are indicative of healthy self-esteem and those which might be classified as concerning. This is something to keep in mind when simplistic notions of vanity or self-obsession are offered as an explanation for the phenomenon's appeal.

From RTÉ Radio One's Arena, Evelyn O’Rourke on the trend for selfies amongst celebrities, politicians and ordinary mortals

In my research, excessive selfie-taking is often interpreted by participants not as narcissistic but as a sign of low self-worth. It is also worth noting that narcissism can have gendered implications. As cultural scholars have shown, it is a charge which is all too readily applied to women's attempts to represent themselves in the public sphere. Again, this is not new: Victorian women cyclists faced similar criticism, as did the earliest female artists. While narcissism is an element of the phenomenon that should not be discounted, neither should it be assumed without judiciousness.

One key aspect of the selfie's appeal is the degree of control it gives people over their image. Once again, this notion of control can be understood as a part of a long tradition. After all, a key tenet of personal photography since its inception is that it enables people to depict themselves, "as they would wish to be seen" as Patricia Holland describes it in "Sweet it is to scan: personal photographs and popular photography" from Photography: A Critical Introduction (Routledge, 2015)

How we represent ourselves depends on a myriad of factors, including our culture, personal taste, socio-economic standing and so on. It is also a highly selective process, as anyone who has flicked through a family photograph album or scrolled Instagram can attest. While selfie-practices make the doing of personal photography easier, the motivations and narratives which fuel our impulse to represent ourselves remain complicated as ever.

In our rush to explain new phenomena like the selfie, we can come to rely on simplistic explanations which belie complex histories and the role of subjective experiences. Selfies may not be for everyone, but they speak to important issues like identity, representation and what it means to be human in the 21st century. As such, the phenomenon deserves careful attention that draws not just from the present, but also from the richness of the past. 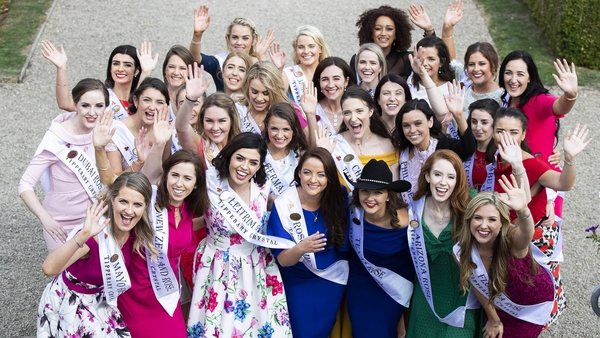