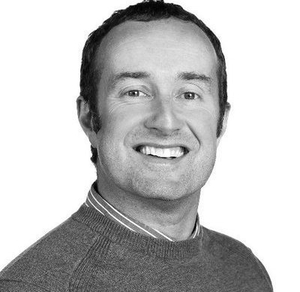 Opinion: new technologies are again changing how we live and work and bike sharing schemes may well make our cities desirable places to live

We are currently undergoing a profound and deep energy transition, brought on by a convergence of new technologies. This is nothing new: the history of industrialisation is characterised by such transitions. One only has to look at the shift from the wood and biomass economies of the Middle Ages to the eventual transformation to the hydrocarbon economies we recognise today.

These transitions to new technologies largely frame how we see and understand the world around us. The techno-optimism of the 1950s was largely informed by advances in space exploration and nuclear power, while the more nuanced outlook we have today has a hybridised blend of anxiety and hope.

Scholars have tried to understand these transitions, and their effects on society, for some time. A notable example is the English economist William Stanley Jevons who observed in the 1860s that greater energy efficiencies in coal-use did not automatically lead to reductions in coal consumption. Instead, improved efficiencies allowed industries relying on coal to expand and grow, further contributing to even greater cycles of consumption.

The Jevons paradox, as it has come to be known, has been applied to analyses of human interactions with all manner of natural resources and has been contributed key environmental debates ever since. For a nuanced reading on Jevons and his socio-ecological paradox see Brett Clark and John Bellamy Foster.

The Jevons paradox remains just as relevant today. The current energy transition to a low-carbon economy has seen the start of a more diversified energy mix to accommodate more renewable energy sources and is essentially an amalgam of traditional energy demand criteria coupled with more informed social and environmental considerations.

None of this would be possible without the technological advances in ICT. For example, energy trading, smart grids, smart metering, and both the circular and sharing economies could not function properly without the advances in ICT. However, despite the technological advances in the devices we use, devices which need less and less energy to operate, the sheer proliferation of these devices has seen energy demand continue upwards. This is particularly true in countries with developing or transitional economies, while the paradox is less noticeable in more countries with more developed economies.

An intermeshing nexus of concerns around energy consumption, the environment and health has also emerged, with many querying the relative toxicity of our cities as a result of the systemic energy choices we make as a society. Our love affair with the car has contributed to making much of our city spaces virtual no-go zones for pedestrians and cyclists, the critical mass of people who actually live and work in our cities. This is also becoming increasing true for many rural areas.

Recent reports on the health effects of air pollution estimate that approximately seven million people die annually as a consequence of the dust and smoke particulates produced from industrial activity and the burning of hydrocarbons to heat our homes and fuel our cars. City dwellers take the brunt of this given the high levels of air pollution concentrated in urban areas. Finally, city planners are starting to revaluate how people can best use the urban spaces many of us now live in, with 13 cities already committed to banning cars from key streets.

Bike sharing schemes are also becoming increasingly common in cities across the globe with China’s billion-dollar bike-sharing industry a global leader. China’s two leading bike share companies, Ofo and Mobike, have adopted the "station-free" business model with over seven million bicycles operating in over 150 cities. Since their introduction, bike sharing schemes have helped cities instigate a modal shift away from short distance car journeys with the knock-on benefits of reduced traffic congestion, lower greenhouse gas emissions and improvements to population health and the environment. Both Ofo and Mobike are actively moving into other markets with sometimes conflicting local reactions.

Here, there are bike sharing schemes in operation in Dublin, Cork, Galway and Limerick. Each follows the station model whereby bicycles are sited at key locations around the city and "A to B" journeys users make can be a combination of any of these sites. The 2016 figures provide a snapshot of bike sharing in Ireland with journeys made and subscription levels for each city.

From RTÉ News, a report on applications opening for two new bike sharing schemes in Dublin

Despite the growing popularity of cycling here, the combined total for journeys reported between 2016 and 2017 dropped slightly. It will be interesting to see if this is a sustained downward trend or a blip in the figures. New entrants into the market, expected later this year, are set to offer station-free bike sharing options to Dublin cyclists at least.

Bike sharing is by no means a panacea to our environmental, health and energy problems. It does present its own problems especially in relation to the environmental impact of limited or poor regulation. Time and time again, we in Ireland have been made keenly aware of the consequences of poor regulation.

However, many of the issues concerning bike sharing schemes is less to do with bike-sharing itself and more to do with human psychology and the systemic design flaws in our urban planning that continue to disadvantage cycling in favour of other modes of transport. The degree of systemic change that is required to realise this current energy transition will be deep and, at times, difficult, and is only beginning to be realised. With the right political will and the correct policy choices, bike sharing has the potential to help transform our urban environments into places where people can thrive and return to as desirable places to live. 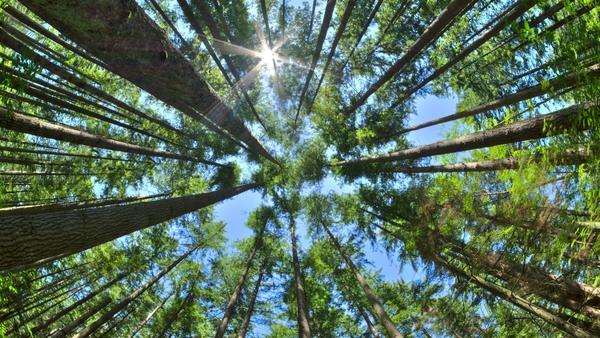 How sound helps us to visualise our environment