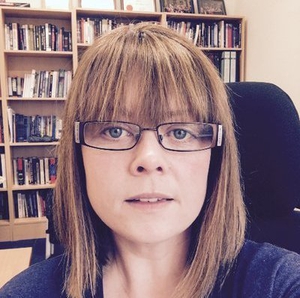 Analysis: we need to look beyond the individual and examine how politics, history, community experiences and global narratives impact on radicalisation

What drives a person to engage in abhorrent and extreme violence, apparently in the service of some ideology? In an effort to understand the choice to participate in political violence, we often speak of radicalisation. At its most basic, radicalisation is a process best summed up as what goes on before the bomb goes off . Radicalisation is a process that (sometimes) culminates in an individual’s participation in terrorism and is often associated with an extreme ideology.

Importantly, despite this association, having extreme ideas is not a necessary precursor for involvement in political violence. One’s motivation for involvement is complex, multi layered and oftentimes unknowable. While the notion of motivation itself is a relatively straightforward one - motivation refers to the drive or desire to behave a certain way - identifying an individual’s motivation or more accurately motivations for any behaviour is unfortunately often an exercise in speculation.

From RTÉ Radio One's This Week, Director of the International Centre for the Study of Radicalisation, Peter Neumann talks about criminals who turn to radicalism

We can only know why people do what they do if they tell us. Knowing why people behave in a certain way is based on an individual’s ability to engage in introspection - the process of reflecting on and interpreting one’s own mental and emotional processes. Apart from introspection, understanding the motivations for our behaviour is also dependent on social factors such as the perceived acceptability of our behaviour, as well as how the passage of time impacts on our own reflections on that behaviour. Looking back on our past behaviour, we often reinterpret its meaning in light of our recent life experiences. In effect, our own understanding of why we do what we do changes over time and we attribute new motives to our past behaviours.

Apart at all from the complexity around understanding and interpreting motivation, when considering why people engage in terrorism and political violence, we need to reflect on how the reasons an individual joins a violent organisation are very different from why an individual stays involved in a terrorist organisation. An individual may join a group like ISIS or Jabhat al Nusra or any of the Republican or Loyalist groups in the North of Ireland for very specific reasons.

They may witness a violent event, be victimised by security forces or paramilitary organisations, experience racism or Islamophobia, seek to support members of their identity group against persecution or in order to propagate a particular political or religious ideology. Equally, an individual may join such a group because their friends did so, because they have a family tradition of involvement in such organisations, because there are few other options (e.g. employment, education etc) or because of chance or opportunity.

However, remaining involved with a terrorist group often has little to do with those motivating factors that encouraged their initial participation. The power of the group becomes salient for an individual as they build relationships with other members and increase their commitment to the group itself. It is often the case that remaining involved with a terrorist group is linked to the interpersonal dynamics of the group and a creeping commitment to the organisation, rather than any ideological reasons.

Adding to the complexity of trying to understand why people join a terrorist organisation is the role of ideology. For example, someone may travel to Syria to join ISIS motivated by a sense of adventure or for humanitarian reasons and ideology may only be a secondary factor. The role of religious ideology in radicalisation is unclear, but we do know that ISIS foreign fighters often have little to know knowledge of the Islamic faith and have been known to purchase copies of "Islam for Dummies" in preparation for their mission to Syria.

Despite the (sometimes) limited role of religious ideology in radicalisation, the new recruits ultimately incorporate an extreme ideology into their own justification for participation in political violence after spending time on the ground interacting with jihadi group members. In effect, they use the ideology to retrospectively explain their motives for joining the terrorist organisation.

We saw something similar in the case of Northern Ireland where by young people joined paramilitary groups for very personal reasons (such as witnessing Bloody Sunday, loosing family members to the Troubles etc.) and learned a political ideology later on (often in prison). This demonstrates that an extreme ideology is not a necessary motivator for engagement in terrorist activity and individuals can choose to become involved for a myriad of reasons both individual and social.

From RTÉ Radio One's Drivetime, why are so many Belgians radicalising?

Individuals diagnosed with mental illness are not devoid of the ability to think and act rationally, and as such we should avoid deterministic approaches that focus on mental ill health at the expense of all other social and personogenic factors. Furthermore research from criminology demonstrates that individuals suffering with mental ill health are more likely to be the victims rather than the perpetrators of violence. Finally, evidence from research with members of terrorist organisations has demonstrated that the incidence of mental illness amongst the members of these groups mirrors that which would be expected in the normal population.

In effect, we cannot always know why people choose to participate in terrorism. For every case of ideological motivation we will find an individual who joined out of boredom. For every young person who joined because their friends were involved, we will find the an individual who was enticed to participate by an online recruiter. Most frustrating of all are the cases of individuals who ended up joining a terrorist organisation because they could – chance and opportunity are real factors at play.

Asking why someone engages in terrorism often results in disappointing ambiguity. We cannot attribute causality to one factor alone, be it ideology, mental illness, group dynamics or peer networks. In order to understand the journey towards terrorism, we should not focus solely on individual factors but also consider social and political influences. Focusing on the individual alone ensures we attribute terrorism to the internal state of the individual and discount the important role of politics, history, community experiences and global narratives in assisting the process of radicalisation into terrorism. The rise and rise of extreme right-wing terrorism