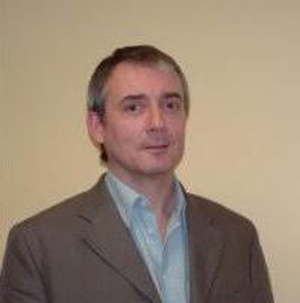 Analysis: when it comes to persuading us to part with our hard earned cash, what are the tricks which retailers like to use?

If you’re shopping today, you’ll see prices that end in "9" almost everywhere. It has been suggested that the "99 effect" was introduced to curtail employee theft in the early part of the 20th century. It forced cashier and sales staff to open the tills for change thus reducing the chances of them pocketing the money.

Recent studies have shown that it is as effective as ever in getting customers to part with their hard earned cash. Why does it work? Surely, we all intuitively recognise that 99.99 is only a cent from €100? We read from left to right and the first number we see is 99 and that then becomes an "anchor" number in our mind and the change makes more of a difference that the value of the money.

Why are stores like Dealz whose products are less than €2 performing so well? Because we like certainty in pricing. If we have €10 to spend we know that we can buy five items in one of these stores. The certainty effect makes us feel secure knowing exactly how much we are going to spend.

For a long time, economists have articulated the ideal of the rational man who is decisive and has self-consistency in financial matters. But the truth is that all we know are relative values. Luxury stores like Louis Vuitton carry a few obscenely priced expensive items that very few can afford (for example a bag priced at €10,000). Sales of these bags are extremely rare so why do they stock them? It’s an anchor price that is placed in our mind and from that price we adjust. Compared to a $10,000 bag, a €2,000 bag appears reasonably priced.

What about beer? We can buy a branded bottled beer for an euro in special offers. Not much profit for the retailer though. If we place a range of craft beers beside the cheaper beer, we now have a dilemma. Craft implies premium and we are willing to pay more even though the ingredients are very similar.

Why do we pay more for Lucozade (per 500ml) than other soft drinks like Coke? The both have similar compositions; sugar, carbonated water and syrup. But we perceive through advertising that Lucozade is worth paying more as it is portrayed as a "healthier" option.

When you’re out shopping today you probably think you are making rational decisions and choices. Well, think again

Own brand frozen foodstuffs often come in 900 gram packaging and are frequently compared by customers to similar looking branded packs of a kilo. You look at the price and it appears much less expensive than the branded product, but most don’t realise that there is 10 percent less in the packet.

Restaurants shouldn’t make their menus into a price list.  People read through the menu and choose from the cheapest items, instead of choosing what they want and then deciding whether it’s worth it. Many menus use menu leader dots to draw the diner’s gaze from the items to the prices and, of course, they do just that.

But that’s not what restaurants should want because a diner who orders based on price is not a profitable diner. To minimise price sensitivity, restaurants should get rid of the leader dots, omit € signs and use decimal points and cents. "Pay attention to the food, not the price"

Bundling is the practice of selling several items for a supposed bargain price (such as in fast-food "combo meals"). As everyone understands, the bundle dangles an incentive to order something extra. The burger plus chips plus drink combination costs just cents more than burger plus drink. You might as well get the chips. By discounting the third item a small amount, the overall gross margin goes up.

Perhaps the most profitable example of bundling is "would you like fries with that"? You are in McDonald's watching your calorie intake and have decided not to have fries when the sales assistant utters the phrase. Amazingly, around a third of customers change their mind and order the fries.

What about your phone contract? When the Apple iPhone came out in 2007, customers were astonished at the size of their bill – the physical size of their bill. You were billed for every time you accessed data, even though it was free. The bill had hundreds of items saying data usage €0.00.

From RTÉ News, is the iPhone X worth its price tag?

The customer gets to choose their own contract: if you are paying too much for phone minutes here’s a contract with unlimited minutes. More options gives you more freedom of choice and common sense tells us that’s a good thing.

When you’re out shopping today you probably think you are making rational decisions and choices. Well, think again. As Eric Johnson of Columbia University said "many people like myself who teach marketing start the course by saying 'we are not about manipulating customers, we’re about discovering needs and meeting them'. When you’re in the field a while, you realise, yes, we can manipulate consumers."