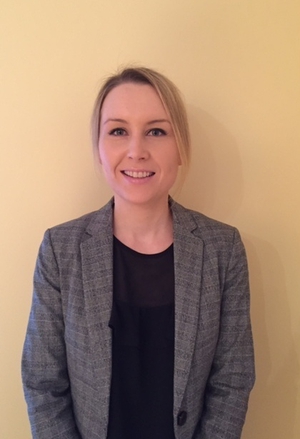 Opinion: failure to enact provisions of the Children & Family Relationships Act 2015 means the family relationships of some children are not recognised in law

As we mark the third anniversary of the successful marriage equality referendum, Ireland has a lot to applaud. In May 2015, Ireland became the first country in the world to legalise same-sex marriage by popular vote, signalling that we are a nation that is committed to equality and acceptance.

Our status as a progressive and inclusive state was further enhanced by the introduction of the Children and Family Relationships Act 2015 prior to the referendum. This legislation made provision for the recognition of a diverse range of family forms for the first time.

But celebrating three years of marriage equality is tempered by the fact that the state has not yet commenced the provisions of the Children and Family Relationships Act 2015 that relate to donor-assisted human reproduction ("DAHR"). This delay has left many children, in particular those born to same-sex couples, in a vulnerable position as their existing family relationships may not be recognised in the eyes of the law.

From RTÉ Radio One's Today With Sean O'Rourke show, Josepha Madigan TD discusses some of the provisions around the Children and Family Relationships Act 2015

The failure to commence the DAHR provisions means that the provisions do not yet have force of law and the intended parents, that is the parents who intend to raise the child, cannot always be jointly recognised as legal parents at the time of birth. Intended parents who are not legal parents do not have any automatic legal connection to the child.

The Children and Family Relationships Act 2015 provides for the birth mother’s female spouse or partner to be recognised as the second legal parent in cases of DAHR. Because the provisions have not been commenced, it is not currently possible for this second parent to be legally recognised at the time of the child’s birth. The 2015 act also makes provision for the retrospective legal recognition of parentage whereby the second intended parent could retrospectively apply for recognition as a legal parent in certain cases, but only after the provisions are commenced.

Opposite-sex couples are also affected by the non-commencement of the DAHR provisions, but the existing law gives opposite-sex parents opportunities to be jointly recognised as legal parents that are not available to same-sex parents. The current law provides that where a woman gives birth to a child while she is married to a man, a presumption operates that her husband is the legal father of the child. The presumption is a rebuttable one but, if it is unchallenged, the husband will continue to be recognised as the legal father even in cases where donor sperm has been used to enable the child’s conception. There is no equivalent presumption in favour of the female partner or spouse of the woman who gives birth.

By contrast, without commencement of the 2015 Act DAHR provisions, it is not currently possible for a female partner (who has not given birth to the child) to be registered as a legal parent at birth, even if the woman is married to the birth mother.

In Article 41.1.2° of the Irish Constitution, the State pledges to protect the marital family. This means that the marital family cannot be treated less favourably than other families. This protection extends to all types of marriage and marital children.

Yet, the current reality is that the children of married same-sex couples born through DAHR are treated less favourably than the children of married or unmarried opposite-sex couples born through DAHR. The former are deprived of a legal relationship with both of their parents at birth, but the latter can have their parental relationships automatically recognised due to various legal presumptions. This is despite the fact that the children are conceived in virtually identical circumstances and, in each situation, do not have any biological connection with the second parent.

Guardianship or second-parent adoption could be used to establish a legal relationship between the child and the second parent, but there are difficulties (such as waiting periods) associated with each option. Moreover, these mechanisms were not designed to be used in cases of DAHR. The laws tailored for DAHR languish uncommenced on the statute book.

The remaining provisions of the 2015 Act must be commenced without delay to ensure that the families that the Act was designed to protect are legally recognised. It is to be hoped that the Government will take immediate action in these areas and that there will be much more to celebrate on the fourth anniversary of the marriage equality referendum.