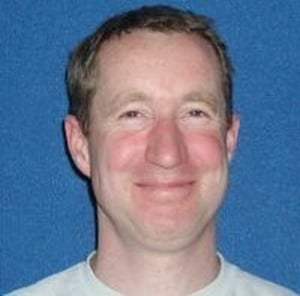 Opinion: the odds for success in science, technology, engineering and maths are stacked against those with low levels of spatial ability and girls are over represented in this group

My daughter recently spent a Saturday morning taking an entrance examination for the all-girls secondary school she’ll be attending next year. All 100 or so girls completed a series of psychometric tests to provide the school with a valuable baseline measurement of the primary cognitive abilities, namely verbal, mathematical and spatial. Having read much literature on the role of spatial ability in STEM education as part of my doctoral work, I wondered if the school realised they had just collected one of the best predictors of what subject, education and career choices these girls are likely to make.

I also wondered if the school knew that, compared to the 100 boys tested in another school, the average spatial test score of their girls is almost certain to be significantly lower. Low levels of spatial ability act as a barrier to success in STEM education and girls are over represented in the low spatial group. I’d love to see my daughter’s score to get a sense of which path her brain is nudging her towards.

Although it is regarded as a primary mental ability in both the cognitive factors models of intelligence and in the information processing models, spatial ability receives the least attention in the curriculum. The other primary abilities – verbal and mathematical – receive much attention, but spatial ability is rarely addressed. Yet spatial ability acts as a filter for success in STEM education, males consistently outperform females on tests of spatial ability and it can be developed but this is a surprisingly under-researched area.

So what is spatial ability? It's the ability to create and manipulate images such as mentally rotating an object in your mind. It's needed for activities such as reading a map without turning it around, visualising an object or event from different perspectives or following directions to assemble flat pack furniture. Less obvious, spatial ability has been shown to be highly relevant to problem solving, something close to every Project Math student’s heart. Those with high levels of spatial ability tend to be much more adept at mentally representing word problems in mathematics which leads to significantly higher success rates in problem solving.

TedX talk by Dr Sheryl Sorby about how training in spatial thinking can improve performance in STEM courses, particularly amongst women.

This may be best explained by models of working memory which also place spatial thinking at a prominent level. Working memory is severely limited, we can hold only a small number of items in working memory at a time. Those with high levels of spatial ability appear to have greater capacity to concurrently hold many items without making errors, essential for problem representation.

If there is a desire to take the STEM route but the child has a relatively low level of spatial ability, then he/she is likely to struggle in STEM

Although you will find people who have achieved success in STEM education despite having low levels of spatial ability, they are few in number because the odds are stacked against them. In a study that recruited 50,000 boys and 50,000 girls from each of four years of high school in the US, 400,000 participants were administered a series of tests to measure math, spatial and verbal abilities (school entrance testing on a big scale!) and were followed up 11 years later to find out what education and career paths they had chosen.

The results were startling. Those destined for STEM education and careers had a very different cognitive ability profile to those headed for humanities and social sciences (HSS). While similar in verbal ability, the STEM group had higher math abilities but the biggest difference between the two groups was found in their levels of spatial ability. The average spatial ability of those destined to enrol in engineering courses was at the 90th percentile, while 90 percent of those who achieved a PhD in engineering came from the top quartile in spatial ability as measured during adolescence. Spatial ability level established by the Junior Cert cycle is a very good predictor of future education and career path.

There are many factors why students select subjects including personality, school policy, parental influence, peer pressure, and others. Underpinning everything is an interplay between the cognitive demands of STEM and the cognitive abilities of the student and these should be matched. If there is a desire to take the STEM route but the child has a relatively low level of spatial ability, then he/she is likely to struggle in STEM. If the desire is matched by high spatial ability, the STEM path will be easy to follow.

RTÉ News report on the I Wish Science, Technology, Engineering and Maths showcase which aims to encourage girls to study STEM subjects

Given the widely reported gender gap in spatial ability in favour of males, this is bad news for recruiting girls into STEM subjects. The BBC facilitated the collection of spatial ability data from the general population in 53 different countries (around 215,000 approx). While spatial ability varies across countries the gender gap does not, as seen in the graph below. There is no conclusive explanation as to why this gap exists; theories range from evolution to childhood play (the nature versus nurture debate).

Either way, it is an issue to be dealt with by promoters of STEM education because women are in the minority in STEM courses. For example, the participation rate nationally for females in courses in engineering, physics and computer science during 2014/15 was a mere 15 percent. Only three out of 20 students sitting in these classes were female. To make matters worse, compared to their male peers, a much higher percentage of these women will "fail" a spatial test. Even though they have made it to STEM higher education, they are still at high risk of suffering from a mismatch between cognitive ability and cognitive demands.

What should we do? One option is to become more aware of the role of spatial ability in STEM learning and the individual ability levels in the class and adjust learning, teaching and assessment activities (LTAA) to suit the different ways of thinking. While adjusting LTAA to suit the learner is not a new idea, this approach would be based on a more specific understanding of where and how spatial ability is important in STEM education.

For example, from a cognitive point of view, solving project maths problems is a two-step process: problem representation and problem solution. Low and high spatial students will perform equally well on the solution phase but will differ significantly in representation success. Low spatial students need to learn strategies to improve problem representation such as avoiding working memory overload caused by an attempt to grasp the problem as a whole, instead carefully translating each assignment and relational statement in the problem before returning to fit them together as a whole.

Rather than learning coping strategies, another approach is to facilitate spatial skill development. While this is a research area that is in its infancy, some very positive results have been obtained from those who have tried. For the past 20 years, engineering students at Michigan Technological University have been tested for spatial ability on entry and an one semester spatial skills development course has been offered to those failing this test. The results are very promising, with gains on spatial tests, reduction in the gender gap, increased grades in calculus and higher retention rates for those who have participated compared to those who have not. Those who derive the most benefit are the female engineers, an interesting finding worthy of further research.

From RTÉ Radio One's The Business, a report by Liam Geraghty on how to encourage students to take an interest in STEM subjects

The Junior Cert cycle in Ireland is undergoing some very interesting reform at present with an increased emphasis on project-driven, group-based learning. This is welcome as it is more closely matched with how we naturally learn and encourages epistemological development. But for the desired gains in STEM enrolment among boys and girls to be achieved, attention must also be paid to cognitive development not just in mathematical and verbal abilities but in spatial ability too.

A project is currently underway in Ireland, Australia and the US to pilot a spatial skills development course among students in the junior cycle. In Ireland, almost 40 teachers from a range of schools have been trained to deliver the course. It will be interesting to see how this course affects spatial ability, the gender gap, PISA scores and attraction towards and perceptions of STEM education. Will we see more girls and boys cognitively prepared for STEM learning? That is the goal.

Gavin Duffy is a lecturer in the School of Electrical & Electronic Engineering at DIT.