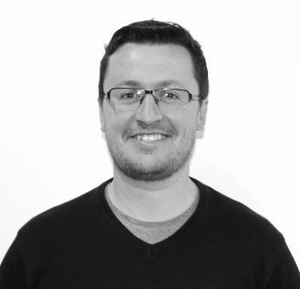 Analysis: how does an electric vehicle compare to a diesel car in terms of speed, acceleration, comfort and economics?

Buying an electric vehicle (EV) last September was a meteoric change in my driving experience and I don’t think I will ever own a fossil fuel car again. The positives far outweigh the negatives. My new electric Volkswagen e-Golf outperforms my old 2 litre turbo-diesel Golf across all fronts; acceleration, speed, equipment, connectivity and comfort. Winter floods and snow were not even a problem.

True, my old Golf could drive 900km on one tank of diesel without stopping (not that I ever did that), but it also emitted 160 grams of carbon dioxide per kilometre (gCO2/km). My new e-Golf doesn’t have an exhaust pipe, but is responsible for somewhere closer to 60-70 gCO2/km as electricity in Ireland becomes less carbon intensive (486gCO2/kWh in 2017).

I want to share the ups and downs of living with an electric car. So, I downloaded the data from my car, and share it below for those who like numbers. For those who don’t like numbers, I’ll explain the stories that the numbers don’t show.

Primarily, I wanted as low a carbon transport option as possible at a price I could afford, while maintaining my freedom to move where and when we want. So the first decision was, can I afford an EV? After government grants of €10,000 and a trade-in value of €4,000 on our old car, I end up paying €460 per month on finance, and nothing on fuel. The ESB ecar charge network is free for now, and I’m lucky that I can plug in to charge at work. I’ve driven 15,000km in seven months, and I’ve not paid a cent for fuel/electricity. The same mileage in my old Golf would have cost €1,200. My insurance is cheaper than my old car and road tax is €120 per year.

Secondly, could an EV have the range to get me where I want to go? While I sometimes cycle to work, I mostly drive the 7km each way (I know, I should cycle more). Most of our driving mileage is weekend trips from Cork to family and friends in Galway; 217km or 434km return trip. The e-Golf has a 35.8 kWh battery; that’s 35.8 of the electric units on your electricity bill. Even if you were paying for the charging at home, at about 20cents per kWh unit, it’s about a ninth the cost per km on electricity compared to an equivalent petrol.

Yes, you can drive from Cork to Galway in an electric vehicle in three hours without stopping to charge, but you’ve to change how you drive

VW say the range of the e-Golf is 300km, with an average efficiency of 12.7 kWh/100km. In my real world conditions, it’s more like 250km range and about 14-15 kWh/100km efficiency. This means that I can do my commute on one charge a week. Yes, you can drive from Cork to Galway in an electric vehicle in three hours without stopping to charge, but you’ve to change how you drive. You’ll also arrive oddly rested and relaxed without motorway engine noise ringing in your ears.

Day to day, my 14km commute (blue circles in the chart) is simple and doesn’t require any change on my part other than plugging the car at work once or twice a week. The car provides a lot of information and driving modes that teaches more efficient smooth driving behaviour. Of course, you can ignore the eco tips and put the boot down (138bhp), knowing that you can recapture most of that acceleration energy in the regenerative braking, and recharge the battery at the next set of traffic lights.

Driving aggressively, accelerating and braking hard in a traditional car costs you money in fuel wasted and brake pads, tyres and parts wearing out more quickly. Regenerative braking mode during urban driving flips the EV’s motor into a generator, using the cars momentum to charge the battery while slowing down the car. It doesn’t actually ever clamp on the brake pads unless the battery is full or in an emergency stop.

The longer trips above 200km, are where the differences between a fossil fuel car and an EV lay and are all planned around the location and availability of charging infrastructure. There are 1,200 charge points in the country, nearly one for every four EVs. These range in power and speed with which they can charge an EV. The majority of charge points in urban locations are "Type 2" which will charge the battery to 80 percent in less than three hours. These are generally reliable (working and online) and available and I use them when in town for a few hours or visiting friends, but not for longer trips.

The fast charge points (FCP) are different as they charge the battery to 80 percent (200km) in about half an hour, and 100 percent in 50 minutes. There are only a few FCPs scattered around the motorway junctions and they only charge one car at a time. Fewer of them have the full set of plugs required to cover, EU, USA and Japanese car models, and most seem to have been designed around the front charging port on the nose of the Japanese Nissan Leaf. If you can’t park close enough to the FCP, the cable is often too short to reach around the side of the car where the plug is.

This all leads to choosing your FCP stop carefully to take account of queuing and longer charge times because there aren’t enough fast chargers to meet apparent demand. I’ve never had to wait 30 minutes for a petrol pump at a station. Generally EV drivers are an eclectic bunch, from high mileage mom-taxis to environmental technologists, and usually interesting to have a chat with, while your enjoying a coffee or stretching your legs.

From RTÉ Archives, a 1981 RTÉ News report by Caroline Erskine about the first all-electric motor car to go on sale in Ireland

There are a few other learned realties on trips above 200km in an EV. You’ll get where you’re going faster if you drive slower. Sounds strange I know, I struggle with doing this, but driving slower is more efficient, maximises your range, and helps you avoid stopping to charge and wait at FCPs.

When you are driving above 80km per hour, most of your energy goes into pushing air out of the way of your car. The faster you drive the more energy - petrol or electricity - goes into swirling air around your car, but it is not one for one ratio, speed for aerodynamic losses (drag). If you increase your speed from 90km per hour to 110km per hour (20 percent), you double (100 percent) the energy consumption of your car. This is why if you drive a little bit slower, you can drive a lot farther on one battery or one tank of petrol.

I’ve noticed that trucks rarely drive over 95km per hour, and only Citylink and Aircoach buses seem to travel faster than 105km per hour on motorways. This also means that the fuel cost of your trip doubles if you drive it at 110km per hour as opposed to an average of 90km per hour. Adaptive cruise control, where the car automatically matches the speed of the vehicle in front and automatically brakes, is very useful. Slip streaming behind large vehicles who are pushing air out of your way can increase efficiency and range by up to 25 percent.

In an effort to maximise our range during winter trips between Cork and Galway, we (re)invented "car blankets" instead of having the heating on in the car for long trips. The heater in an EV can use two to 20 percent of your battery depending on the temperature settings and how cold it is outside. My fiancé says this is not a downside of an EV, but an upside with added cosiness. I’ll let you decide!

I can use my phone to log onto the car, heat the windows to clear ice and turn on the heat in the car, which was useful during the snowy winter mornings. I can see where the car is parked on my phone or flash the lights and honk the horn via the phone if it’s lost in one of Dublin airport’s carparks. Parents might find useful that you can get alerts when the car goes above a certain speed limit or goes into or out of chosen zones (i.e. the car has been stolen or your teenage child is somewhere they shouldn’t be).

The biggest thing you’ll notice when you drive your first EV is the silence. Be careful, though, driving around town at night and playing surprise "peek a boo!" with drunken revellers or leaving the car park at work. Kids remember the safe cross code, but adults seem to forget it and often don’t look if they don’t hear a car coming.

The best embodiment of this side effect happened one winter Friday evening after dark, as I was about to drive across the old stone Inniscarra bridge. As I came around the bend onto the bridge, I was greeted by two sets of glowing eyes in the middle of the road. I approached the bridge, slowly, silently, lights beaming over the hump of the bridge ahead. To my surprise, the fox just sat on the wall of the bridge at eye level, his tail comfortably curled around his hind legs. I stopped and turned down the driver window. He stared at me and I stared at hum. I dared not reach out to shake his paw.

It was the most of surreal of shared moments. The only noise of those few minutes was the sound of river Lee flowing underneath. I can only assume that the absence of a rumbling fossil fuelled engine meant the fox was not startled, as he didn’t dive into the hedge as they usually do. When I drove on, the fox proceeded to walk atop the wall alongside the car so we were traversing the bridge together in silence. Magic!

From within the car, the automation of adaptive cruse control and the silence means you arrive at your destination rested and relaxed. This was a totally unexpected outcome from living with an EV and a considerable added benefit, both to the environment and my headspace. 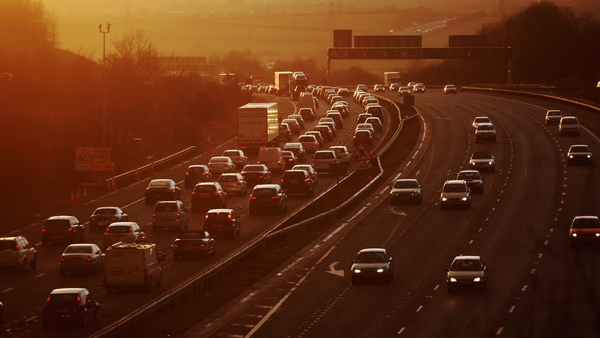 The other budget: why it's time for an annual carbon budget