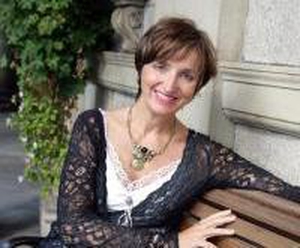 Opinion: the music of Ireland's historic composers are among our most neglected national treasures and should be protected, preserved and promoted to future generations

Ireland is famous for all kinds of artistic pursuits, such as literature, the visual arts, the dramatic arts, popular and traditional music. All of these enjoy deserved fame around the world. There is still the misty memory of the genesis of our national symbol, the ancient Irish harp: in the late mediaeval period, Ireland’s harpers were admired all over Europe and music held a central place in the land of saints and scholars.

It may seem odd then, to say the least, that Ireland’s historic composers are nowadays forgotten, ignored and even scorned. If you don’t believe me, try to recall even a few names. Well, there’s the harper Turlough Carolan, with his musical tributes composed for patrons, and the pianist John Field, inventor of the "Nocturne" which greatly influenced Chopin.

These two may be followed by such barely-remembered names as Charles Villiers Stanford, Michael William Balfe and William Vincent Wallace. But thereafter, identification becomes more difficult. I have never quite understood why the Hall of Fame that includes writers such as James Joyce, W.B. Yeats and J.M. Synge and the painters Jack B. Yeats, John Lavery and Frederic William Burton (among others), does not also include some composers – or indeed, ANY composers. These musicians shared a similar identity and experience – and they were as Irish as anyone else.

When I was a little girl, I used to ask my music teachers about Irish composers and wonder why I never learned any of their music. As a fledgling pianist, I was enthusiastic to explore this music and proudly include it in my repertoire. Most of my teachers probably knew as little as I and somehow, Irish composers were not worth bothering about. Unfortunately, this perceived wisdom and lack of knowledge has changed little in the intervening decades.

So, what has happened to Irish composers? As very little is known about them, their music is generally unavailable and, thus, it is largely ignored. Crucially, there is no promotional body, library or archive to help promulgate their work or even acknowledge their existence. As a result, the music of past composers continues to languish in the wilderness without a voice.

From RTÉ Archives, the rags to riches story of the life and music of Michael William Balfe as seen in an episode of Anthology from October 1970

This is all in stark contrast to the situation for national composers elsewhere whose music is carefully preserved and cherished. It is also at variance with other forms of music represented by the Contemporary Music Centre and the Irish Traditional Music Archive. Both organisations do an excellent job promoting and preserving the music they represent along with related materials.

The knock-on effect is that, even for the most devoted performer-researcher, the music is difficult to access. Much of the material is now lost and unlikely to be found, and the neglect is set to continue into future generations. Yet, at home and abroad, audiences invariably greet Irish composers with great enthusiasm.

The situation is particularly dire for Irish opera due to the extra risks and expense involved, so it’s hardly surprising that few companies will even consider undertaking such a venture. Worthy of note is the fact that the two most prominent figures in English language opera during the 19th century were both Irish. The operas of Michael William Balfe and William Vincent Wallace form two-thirds of the curiously-named "Irish Ring" – Balfe’s The Bohemian Girl and Wallace’s Maritana – along with Julius Benedict’s The Lily of Killarney. Although resident in England for most of his career, Benedict was a German composer – but that’s another story!

Those stage works of Balfe and Wallace maintained their popularity into the 20th century in opera houses around the world and received concert revivals at the RDS some years ago. Still, Balfe and Wallace wrote many other successful operas, most of which have not seen the light of day in a very long time although recently, a glimmer of hope has appeared on the horizon.

A decade, a CD recording was produced of Balfe’s Italian opera, Falstaff, by RTÉ Lyric fm in commemoration of the composer’s bicentenary. This work was first presented in London in 1838 and was one of his greatest triumphs. Last year, Robert O’Dwyer’s Eithne – the first opera to be performed in the Irish language  - was revived by Opera Theatre Company. And in January of this year, DIT Conservatory of Music and Drama’s presentation of Balfe’s chamber opera, The Sleeping Queen, was mounted with very favourable reviews. Are we witnessing a renaissance? Have Irish composers finally come of age?

Rescuing Irish music from oblivion is so rewarding and worthwhile. It is my fervent hope that these works which have slumbered for so long may once again be brought back to the stage in the not too distant future. The music of Irish composers stands among our most neglected national treasures and surely deserves to be protected, preserved and promoted to future generations.