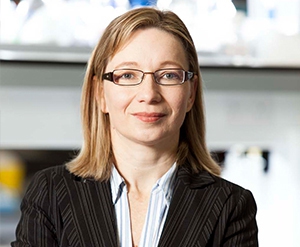 Analysis: many common cancers spread initially to the bone marrow and research is underway to tackle the protection the tissue provides to these cells

Until recently, cancer research focused on how to eliminate cancer cells and did not consider the surrounding tissue in which the cancer cells grow, known as the cancer’s microenvironment (or niche).  As cancer is caused by damaged DNA creating faulty genes, called oncogenes, it was broadly accepted that inhibiting these oncogenes would kill the cancer cells without causing much collateral damage. Consequently, a tumour has been treated as a separate entity existing and growing in the body, almost with a life of its own.

However, there are many indications that this is not the case. For example, we know that when cancers spread, they favour certain tissues to set up home in. The "seed and soil" theory suggests the reason for this is that a cancer cell (the seed) is only able to take root if it finds the right kind of environment (soil). Although this theory was put forward more than a century ago, it is only in the last decade that research into the tumour’s microenvironment has really come to the fore.

When we hear about cancer patients whose disease has unfortunately spread, very often these "secondaries" or "metastases" have spread to the bone. If we consider some of the most common cancers (including breast, prostate, colorectal, pancreatic, kidney, bladder, thyroid etc.), their first choice of destination, if they spread, is the bone marrow. At the same time, leukemia, a cancer that develops in the bone marrow, rarely, if ever, forms metastases. Why is this and what is so habitable about the bone marrow?

To understand this, we must first consider the normal purpose of this tissue. The bone marrow is where our blood cells are produced. Red blood cells carry oxygen to tissues, while white blood cells serve as the immune system providing protection to the body against infections. They are all formed in the bone marrow from blood stem cells (hematopoietic stem and progenitor cells).

Evidence so far for this includes results from a new drug that specifically targets an oncogene (called FLT3) that acute myeloid leukemia (AML) cells have. It was noticed in the clinic that this drug has a very short-term effect. Laboratory investigation found that AML cells can be killed when this drug is added. However, when the same AML cells receive the survival signals produced by the bone marrow, they can fully resist the drug and do not die. So when a patient receives this therapy, it appears to work initially as the drug kills the AML cells that are circulating in the blood stream. However, the AML cells hiding in the bone marrow survive and, after treatment, they grow again and the full blown disease returns.

In the future, drugs that make cancer cells leave the bone marrow or drugs that block the production of survival hormones can be used to sensitise cancer cells to chemotherapeutics. This will make the therapy more effective with the potential to kill all cancer cells and thus preventing the return of the cancer.