Opinion: US president Donald Trump has many complaints about international trade but these claims are inconsistent and contradictory

Donald Trump was elected in 2016 on an anti-trade "America First" platform. He complains that the international trading system is unfair, the United States is being cheated and other countries are taking advantage of America to create an uneven international playing field. Since his election, rhetoric has turned into policy, with US withdrawal or renegotiation of major trade deals, new restrictions on steel and aluminium imports and a brewing trade war with China.

But what exactly do complaints that international trade is unfair mean, especially coming from one of the world’s richest countries?

Sometimes they are complaints about the challenges of competing with cheaper producers overseas. When a factory closes because production has moved overseas, workers feel understandably aggrieved. However, in a market system where businesses succeed or fail based on how well (and how cheaply) they meet customers’ needs, can we really complain just because someone else has "beaten" us?

Maybe the fact that labour is cheaper overseas is what makes this competition unfair? After all, no matter how well a business in a rich country is run - or how motivated or committed are its workforce - it cannot possibly beat competitors from lower cost countries if low- or semi-skilled labour is an important input. But of course, rich countries are more than happy to compete in high-skilled, capital-intensive industries, where they have the unassailable advantage. If cheap labour is unfair, then this is surely a double standard?

As well as being inconsistent, this version of unfairness also contradicts the main economic argument for international trade: that countries will be better off if they specialise in what they do best and import what others can produce more cheaply. This requires adjustment, as some industries expand and others contract. The decline of old industries is not an unfortunate side-effect, but rather the way trade makes countries better off. It is important for political and ethical reasons that countries mitigate the harm to workers, but if we want to benefit from trade, then we can’t complain about the mechanism by which this happens.

Another fairness complaint is that the US has committed to greater market access than other countries, making it easier for them to export to the US than vice-versa. For example, Trump complains that the EU imposes higher tariffs on cars than the US. However, focussing on individual products ignores the ways trade negotiations involve quid-pro-quo bargaining across many different products. Different countries liberalise more in different areas and it is the overall package that we assess. When we compare the average tariffs imposed by the European Union and the United States on the goods they each import, we find they are almost exactly the same (3 percent versus 2.6 percent).

From RTÉ Radio One's The Business, Prof Eamonn Walsh from UCD Smurfit School and Universal Sourcing Services International's Seamus Greaney discuss the looming trade war between the US and China

Comparing the United States with other countries, and especially developing countries, shows bigger differences. For example, India imposes average tariffs of 7.6 percent and Brazil 10.4 percent. But this just reflects the fact that different economic conditions in developing countries may require different trade policies and that rich countries should allow poorer countries to do what is required to develop their economies. It expresses the much more general principle that we should treat like cases alike and different cases differently.

But it is also much harder to apply this complaint to China, Trump’s main target. China’s average tariffs (4.4 percent) are closer to the US than to other developing countries - and China is bound by a range of additional rules that don’t apply to other countries, agreed when it joined the World Trade Organisation in 2001. So if any country can complain about unequal rules, it may be China rather than the US.

Finally, the complaint might be that others are breaking the rules. At the global level, the WTO Agreements provide detailed rules that all 164 members must follow in international trade. Many complaints about unfair trade are actually about countries breaking these rules. In particular, current anti-China complaints include that it is violating WTO rules on intellectual property. When everyone has agreed to play by rules, it is easy to see why breaking those rules counts as cheating. 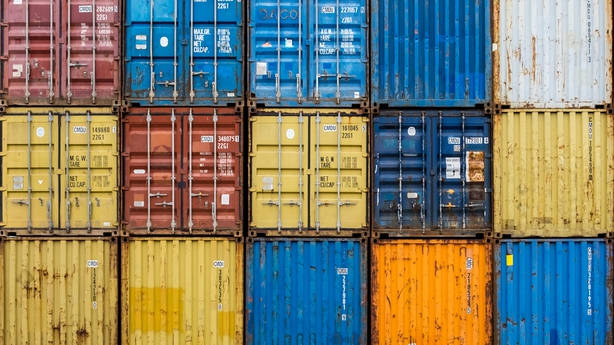 However, the WTO Agreements don’t just provide rules for trade. They also set out how countries should respond if they think others are cheating. They establish a Dispute Settlement System where countries can bring complaints and get a ruling from impartial adjudicators. This system is vital for stopping trade disputes getting out of hand. It forces countries to slow down, to explain what they think others are doing wrong and to allow those others to respond. It guarantees everyone a hearing and an impartial decision, including a right to appeal to the Appellate Body, the "supreme court" for international trade.

However, the US has chosen to retaliate against what it sees as cheating by China without first going through this Dispute Settlement System. Worse, it seems set on undermining that system, by blocking the appointment of new Appellate Body members, a response to having lost a number of high profile cases where other countries complained about US behaviour. While it may have valid complaints about some Chinese policies, the ways the US has advanced these seem to undermine its claim to be fixing an unfair system.

Dr Oisin Suttle is a Lecturer in Law at Queen’s University Belfast and the author of Distributive Justice and World Trade Law: A Political Theory of International Trade Regulation (Cambridge University Press)