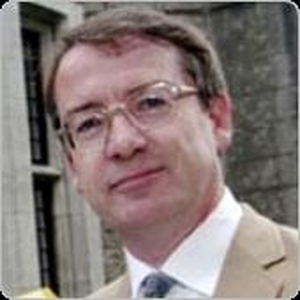 Opinion: the work of early Irish scholars and astronomical experts on developing mathematical tables helped to solve the thorny problems of Easter-calculation

"What could be more perverse than to say 'Rome is wrong, Jerusalem is wrong, Alexandria is wrong, Antioch is wrong — the whole world is wrong: only the Irish and British know what is right!'?" With those despairing words in 632/3 AD, Irish scholar Cummian expressed the fervour of the debate around the dating of Easter that convulsed the churches of Early Medieval Ireland and Britain during the 6th and 7th centuries.

Why the controversy and why did the Irish occupy such a central part in it? Easter Sunday marks the annual commemoration of the resurrection of Jesus Christ, the fundamental belief shared by Christians of all denominations everywhere.

But Easter was not always celebrated on a Sunday, nor did it always commemorate Christ’s Resurrection only. Because the first followers of Christ had been Jews, the practice in the earliest years of the Christian Church was to regard the "new" dispensation as a re-enactment of the Old Testament feast of Passover. That commemoration was of Christ’s Passion, not his Resurrection, and this always took place on the 14th day of the month called Nisan in the Jewish calendar, no matter what day of the week it fell on.

However, in order to decisively separate themselves from the older Jewish practice, some Christians resolved that the New Testament feast day should take place on Sunday, on the basis that the gospels recorded that Christ rose from the dead on that day. There is an irony in the fact that an older custom was replaced by a newer one and adherents of the earlier practice were condemned by later fellow-Christians as heretics ("Quartodecimans", those who celebrated on the 14th day of the moon). It was an accusation that came back to haunt the Irish long afterwards.

Until the 18th century, the Synod of Nicaea in 325 AD was believed (wrongly) to have laid down the rule for Easter-reckoning that we all follow today: Easter is the first Sunday following the first full-moon after the vernal or spring equinox, with the earliest possible date being March 22 and the latest being April 25.

From the third century, attempts were made to provide mathematical tables that could provide dates for Easter into the future, so that distant churches could be informed of the date in good time every year. Unfortunately, the technical abilities required to produce accurate tables were beyond the capacity of Rome and its experts and only the Alexandrian Church could draw on the necessary mathematical and astronomical expertise required for such calculations.

Many different tables were proposed and discarded over the years. By the late fourth century, the church of Alexandria was claiming that it had been designated by the Synod of Nicaea as the official provider of canonical dates. But whereas Alexandria reckoned its Easter dates in accordance with a 19-year Metonic lunisolar cycle, Rome and the rest of the western church persisted with versions of a different cycle, based on multiples of 28 years, but usually in the form of an 84-year table.

By 600 AD, three different Easter tables prevailed: the 532-year cycle of Victorius of Aquitaine (which had been published in 457 AD and officially adopted by the Church of Gaul in 541 AD); the 19-year table attributed to Dionysius Exiguus that circulated from the mid-6th century and an older table variously but wrongly described as "Irish", "Celtic" or "Insular", based on a cycle of 84 years.

This Irish-84 table actually originated in Gaul around 410 AD and was composed by Sulpicius Severus, biographer of St Martin. It had several distinctive features that marked it apart from previous 84-year tables and Irish computists may well have been the authors of those features.

The first hint of trouble with the Irish version of Easter came in 600 AD, when the famous missionary saint Columbanus arrived on the continent. He found that Irish practices differed markedly from what was current in Gaul, not least as regards the calculation of Easter. Deciding to get his retaliation in first, he fired off a letter to Pope Gregory the Great.

Equally remarkable for baroque Latinity and studied insolence, the letter roundly criticised the Pope for advocating the use of Victorius’ table, something that had been examined by Irish scholars and mathematicians and been found "more worthy of pity and ridicule than of authority". The letter would have irked a saint, but there is no record of a reply from Gregory.

However, the letter clearly set off a firestorm in Rome that resulted in a frenzy of papal activity aimed at establishing the identity of this Irish upstart and ensuring that his unorthodox practices were stamped out. A papal delegation to England that passed through Gaul in 605 AD reported encountering Columbanus. "Knowing the British", they remarked undiplomatically. "we at least thought the Irish were better".

To their horror, they discovered that Columbanus and the other Irish on the continent shared some of the deviant practices of the heretic British. How dare they "on the outermost fringes of the known world" and but "pimples on the face of the earth" set themselves against Mother Church everywhere in the world!

Cummian’s letter reports the upshot of this flurry of papal activity. On foot of a letter from Honorius I, a synod of southern Irish ecclesiastics was convened to discuss the crisis. Despite much heated argument and learned debate, no agreement could be found so a delegation was despatched to Rome, to see what was current practice in that Chief of Cities. When the delegates returned and described their findings, Cummian reports that the southern Irish churches decided reluctantly to abandon their 84-year table and adopt the Victorian one (or a variant of it).

But far from resolving the issue, the decision by Cummian’s colleagues drew down a fearsome letter of rebuke from Ségéne, Abbot of Iona, the island monastery founded off the western coast of Scotland in 563 AD by St Colum Cille, who blasted the southerners for their craven abandonment of traditional Irish ways. More than that, he clearly accused them of heresy because in his reply Cummian says starkly "shut your mouth, and don’t call us heretics!" (Silete et nolite nos heriticos vocare). That the controversy continued unabated in the Irish Church is clearly indicated by the fact that yet another papal letter from John IV-elect in 640 AD was sent to the (northern) Irish, this time accusing them of being Quartodecimans and supporters of the notorious heretic Pelagius.

Whether as a result of urgings to conform with Rome or of trial and error with the rival tables, most Irish churches had apparently abandoned the old Irish practice and adopted either the Victorian or the Dionysiac Easter tables by 700 AD. Only one church held out to the last: Iona. In fact, Iona and its satellite monasteries, in western Scotland and in Ireland only abandoned their 84-year Easter tables in 716 AD, apparently persuaded to do so by the Anglo-Saxon cleric, Ecgberct of Rath Melsigi (Co. Carlow), who had retired to Iona.

According to the Venerable Bede, Ecgberct had been assigned the task of bringing the Iona community, which had been "ploughing a crooked furrow", back to the correct path in its Easter practices. By a remarkable coincidence, Ecgberct died on Iona on April 24 729 AD, just after he had celebrated Easter Sunday mass on a date, as Bede pointedly remarks, that would have been impossible under the rules of the the community’s older 84-year Easter table.

With the abandonment of the Irish Easter on Iona in 716 AD, the 84-year table was discarded and all trace of it was lost, until its rediscovery in 1984. The recovery of that long-lost table after more than 1200 years and its subsequent reconstruction and restoration, have enabled modern scholars to calculate the historical Easter dates of the Early Irish Church.

The Irish may have lost out ultimately in the wider Easter controversy, but the surviving evidence of their engagement with the thorny problems of Easter-calculation demonstrates how advanced they were for their time in the field of technical chronology and time-reckoning. In their development of mathematical formulae and techniques in the field of computus, they made a genuine contribution to the advancement of science. 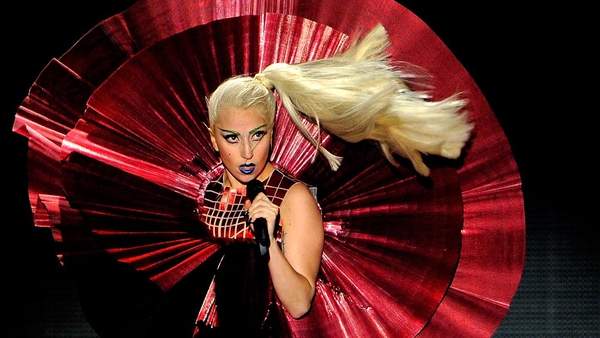 The gospel according to Lady Gaga 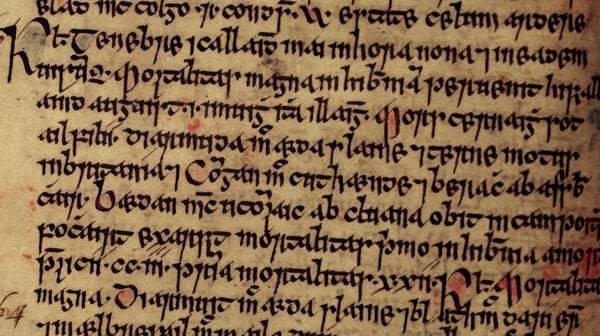 Reeling in the years: why 664 AD was a terrible year in Ireland