Opinion: artificial light has changed how we live and work, but it may also pose significant public health issues

Since its invention over 130 years ago, electric light has transformed our societies and lives. Light has enabled us to lead a 24/7-day lifestyle, providing us with agency as to the times we work, sleep, eat, play and interact with goods and services. We are exposed to electric light via our lifestyle choices (through the use of electronic devices at night), our housing (urban light pollution) and through our work (shift-workers undertaking morning, evening, and night shifts).

While it is unarguable that electric light has bestowed many benefits on us, exposure to electric light at night is fundamentally unnatural and may impact negatively on our psychology and physiology. A number of studies have demonstrated that light at night leads to negative consequences for sleep and our circadian rhythms (driven by our 24 hour body clock). These alterations are associated with negative health outcomes such as greater risk of obesity, diabetes and even possibly some types of cancer.

Light has a potent influence on our circadian clock, which in turn has a strong influence on how our brain and body operates. The master circadian clock is located in the area of the brain called the hypothalamus, and each day, this clock is synchronized to the 24-hour day through light sensed by the eye.

Before the invention of electric light, our daily period of light and darkness was provided predominantly through the solar cycle, with man-made sources such as fire and candles providing only very low light levels. This was the situation for the vast majority of human history and our biological clocks had evolved in animals over the course of hundreds of millions of years to adapt to the natural changes in light levels across the 24 hour day.

But with the artificial extension of the day through electric light-at-night exposure, our circadian system is at risk of being disrupted. The circadian system is most sensitive to light during the night and least sensitive in the middle of the day; exposure to light the late evening results in the clock becoming later (a so-called "phase delay") and this may manifest as a later bedtime and shorter sleep. Further, light-at-night exposure suppresses the sleep-promoting hormone melatonin, which is rhythmically secreted from the pineal gland at night.

Coming down on the night shift

Studies of shift workers have provided evidence linking light-at-night exposure to various diseases. Long-term exposure to shift work (for example, up to 20 years) is associated with an increased lifetime risk of depression. Shift-work may also a risk factor for the development of some types of cancer, with the World Health Organisation designating shift work as a probable carcinogen in 2007. Whilst the influences shift workers are exposed to are complex, it is likely that light-at-night is an important factor leading to unfavourable outcomes.

However, shift-workers only represent 15 to 20 percent of the working population, and it remains unclear whether light-at-night in our home-settings are impacting on our sleep and health. We are being routinely exposed to low levels of light-at-night through light pollution, domestic lighting and the use of electronic devices for reading, communication and entertainment. According to a survey conducted by the National Sleep Foundation, over 90 percent of individuals use some type of lighting device in the hour before trying to get to sleep.

Recently, it has been found that the use of e-readers, smartphones and tablet computers before sleep can delay the onset of sleep, disrupt circadian rhythms, suppress melatonin, shorten the duration of sleep and decrease levels of next morning alertness compared to those reading traditional books. The light emitted from devices such as smartphones and tablets is particularly enriched in short-wavelength blue light, to which the circadian system is especially sensitive. Therefore, the use of electronic devices may be significant contributors to sleep disturbance and sleep disorders for insomnia, which in turn are known to be significant predictors of problems with physical and psychological health.

Those living in areas with more outdoor night lighting reported less quality and quantity of sleep, along with more daytime sleepiness

We can of course choose not to use our tablets and phones at night, and so we may exert a level of control in the amount of exposure to light-at-night. However, we have much less agency over lighting levels in our outdoor environment. Today, over 80 percent of the human population and 99 percent of those living in the United States and Europe experience light pollution. Urban areas are significantly illuminated with various forms of light from street lighting to high illuminance LED retail lighting. This type of light has the potential to trespass into an individual’s living dwelling and into the sleeping environment.

A study with over 19,000 participants found that those living in areas with more outdoor night lighting reported less quality and quantity of sleep, along with more daytime sleepiness. In addition, living in areas with higher outdoor light-at-night is associated with an increased likelihood of developing depressive symptoms and suicidal ideations. The consideration of health consequences of public lighting at night is timely, as our public lighting infrastructure is updated to more energy efficient, but also potential more health-disrupting LED-based lighting.

The Light At Night survey

Research is currently underway at the Department of Psychology at Maynooth University to examine this issue. The projects aims to gain a better understanding of the main sources of light-at-night in home settings and whether individuals perceive light-at-night as impacting on their sleep, cognitive function, physical and mental well-being. In addition, the study aims to understand whether our geographical location on light-at-night exposure. In order to seek answers to these questions, we are seeking participants to complete the Light At Night Survey and would greatly value your contribution. 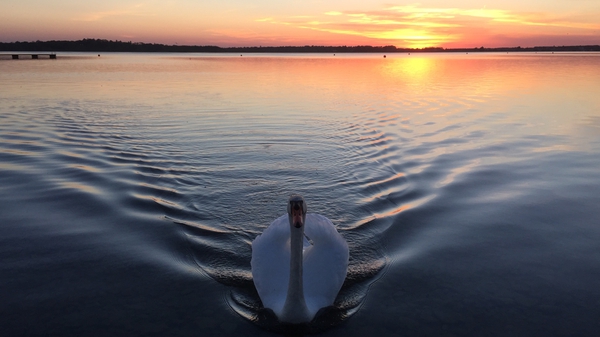 There's a grand stretch in the evenings...