As the Rolling Stones prepare to tour again, it's worth remembering that debates about age and rock are as old as rock itself

An article in Rolling Stone magazine described the legendary band – its near namesake – as "growing old angrily". Its portrait of Mick Jagger referenced "age lines around his eyes … as old as the weariness and cynicism in his voice". That was in 1980 when Jagger was in his late 30s. Eleven years, an acrimonious split with Keith Richards and a triumphant comeback later, Q magazine's review of the band's live album Flashpoint also placed them in "their dotage".

So as the Stones announce that they are cranking into gear again (including a show at Dublin's Croke Park, their first Irish show since 2007), it's worth remembering that the debates about how old is too old to rock – and the attendant mixture of derision, veneration and ambivalence – have their own well-worn lineage.

This is as much to do with genre and how it's authenticated as with age. Jazz and – closer to home for the Stones – blues artists face fewer qualms about staying on the road, even as the fire fades from their performances. John Lee Hooker was recording and touring into his 80s and BB King was just a year short of 90 when he played the last shows before his death (having played Glastonbury at 86). Chicago bluesman Buddy Guy is still touring at the age of 81.

From RTÉ Archives, a RTÉ News report on the Rolling Stones at Slane Castle in July 1982

Crossroads from blues to rock

The Stones themselves, now closer to their 60th than 50th anniversary, have played heavily of late on their origins as a blues band – their well-received 2016 album Blue and Lonesome consisted entirely of blues covers. Returning, or retreating, to the blues that influenced them initially seems both a natural and a strategic move. Strategic in that it taps into a lineage of long-running performers that predates rock. But also natural enough given that the blues has been a musical thread throughout their albums and shows.

They emerged in the early 1960s as a blues covers band – and drew heavily on their influences (their very name is taken from a Muddy Waters song) as they forged a new identity as the "greatest rock 'n' roll band in the world". To be fair, they were rather more assiduous in crediting and publicly acknowledging their musical forebears than some of their 1960s contemporaries, (Led Zeppelin, for example) insisting that they would only play US TV show Shindig if the producers also booked black American bluesman Howlin' Wolf.

The key difference, though, is the way in which blues and rock emerged as popular, commercial music genres. Blues emerged from folk forms and was interpreted and authenticated in light of that – as music predicated on life stories and personal stories embedded in a collective tradition. The music went back to the era of the Jim Crow segregation laws and, before that, slavery. (BB King's great grandfather, for instance, was born into slavery). It was also subject to heavily segregated markets, in the US, both on the live circuit and on radio.

Rock emerged and was sold as youth music, making an appeal to authenticity predicated on a generation gap and sense of rebelliousness – the Stones' own "Street Fighting Man", for example. This meant that while there were numerous musical similarities – such as the 12-bar form – some of the social nuances were lost. As author Charles Shaar Murray pointed out, a middle-aged black American man like Muddy Waters in the 1950s and 1960s singing lyrics like "I'm a man" carried the sub-text of not being referred to as "boy", a common form of racist address. The same song in the hands of a young, white Englishman was shorn of this context.

Artists such as the Stones were more associated with a commercial milieu. Whatever their – doubtless genuine – pronouncements of dedication to the music, they emerged through major labels with large marketing budgets. And rock music's rebel credentials were somewhat diluted when its stars, including Jagger, started receiving knighthoods.

But genres evolve and, as the Stones and others have shown, commercial or not, they can still chart new paths. Rock, like jazz before it (now a music of conservatories), has entered the academy. "Classic" and "heritage" rock are established categories and ways of thinking about, as well as selling, a music that is now situated across three generations' worth of cultural discourse.

A key, lasting change brought about by the Stones and Beatles generation of rockers was the centrality of the band as a unit of music making, and as a marker of authenticity. As my Newcastle colleague Richard Elliott noted, straightforward derision of ageing artists as mere peddlers of nostalgia is itself a rigidly Romantic view that "fixes rock to a time and an attitude" – without allowing for the twists and turns of both the artists and the lifetimes' worth of listening and experience their work has informed.

There are numerous of ways dealing with growing old in the limelight, from Randy Newman's ironic self-parody to Paul Simon's decision to call a natural end to touring with his voice still strong.

For an act such as the Stones, harking back to their musical roots may be a way of aligning their musical development with its own antecedents, at the same time as allowing for a mode of performance less reliant on the physicality of their younger days. Paying tribute to the past – both their own, and musical history more broadly – is a means of carrying it forward. Time may be on their side after all. 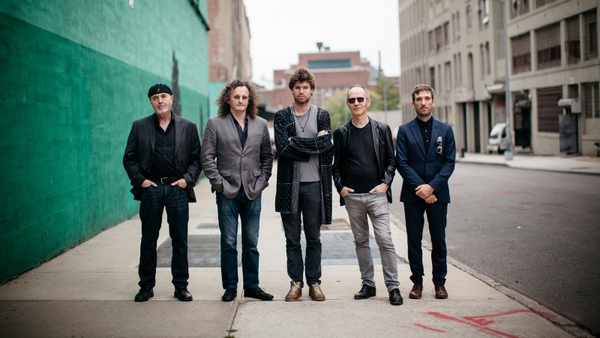 The modern tradition of The Gloaming