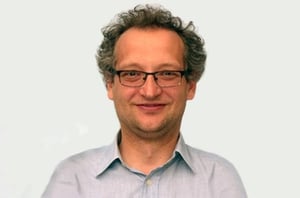 The "beast from the east" is in full swing with Ireland shivering through a cold snap just as the meteorological spring begins. Cold air is being funneled from Siberia. It seems a mightily strange time to talk about human-induced climate change – but is it?

The first thing to note is that Ireland is a very small country in a very big world. Just because we are very cold or very warm at any given point in time, it doesn’t follow that the entire globe is similarly warm or cold (we’ll return to this later). Indeed, right now, the globe is still substantially warmer on average than the late 20th century, even as we all collectively shiver. The weather we experience day-to-day is just that – weather. Climate change just subtly shifts the odds of different weather types occurring.

So what are the long-term trends? Well, nowhere on Earth is warming as fast as the Arctic. And the Arctic is warming fastest in winter. The Arctic is a long way away, so you might wonder why it matters. Well, the circulation of the atmosphere that brings the weather over Ireland is at its most basic level driven by the temperature gradient between the warm equator and the cold pole. It's why winters are generally stormier than summers.

But that gradient is now diminished in winter and there is emerging evidence that it's potentially affecting aspects of our winter-season weather. Specifically, the circulation of recent winters has been, for want of a better-term, somewhat "wavy’ – getting stuck in preferred modes. Think of it as a rollercoaster. Some winters we end up on the up-ram, getting pummeled by endless rainstorms. Other winters, we are stuck in the corkscrew with round and round gloom.

Is this current event a manifestation of the long-term trends? Can we expect to see more such events? This is where we really need to talk more about weather than climate. The current event started about two to three weeks ago high up in the atmosphere (50km or so) above the Arctic when the winds that whip around west to east suddenly reversed. This occurs due to planetary waves breaking – just like big waves on a beach. The upshot is a sudden warming at height – temperatures shot up 40 degrees in a day or two at height – and a complete reversal of the circulation.

Sadly for us, what happens in the Arctic doesn’t stay in the Arctic. Ever since that event, like an inexorable Mexican wave, this change in winds has been passed down and down towards the surface, and now it is here. We’ve changed from winds blowing from the relatively warm Atlantic to winds from the frigid Eurasian continent.

Sudden stratospheric warmings are fairly rare – there may be one or two per year – and not all such events end up being transmitted to the surface. Furthermore, the resulting opening of the proverbial freezer door can happen in other places such as North America.

However, this year’s event is unusually large which is why meteorologists have been carefully monitoring for early signs of this outbreak ever since the sudden stratospheric warming event was forecast back in January. It is also why we are, relatively speaking, so well prepared. Met Eireann staff and those in other Met Services have been on heightened alert and public bodies have been ready for some time.

It's a testament to years of effort by a huge community of atmospheric scientists that we can understand the possibility of these events and prepare as well as we can. That isn’t to say there won’t be disruption – disruption will happen – but think how much worse it could have been with just hours to days rather than weeks of warning.

From RTÉ Radio One's Morning Ireland, Tony Toner, Training Director with the Institute of Advanced Motorists of Ireland, gives his tips for driving in the snow

It is also important to understand that it isn’t just Ireland which is impacted and the effects are not just cold weather, although certainly Europe is shivering along with us. But a station on the northern tip of Greenland has experienced an unprecedented number of February days above freezing. It hit six degrees C over the weekend. Bear in mind that this is in perpetual polar darkness still. The Arctic Ocean north of Greenland is ice-free, as is the strait between Russia and Alaska. The topsy-turvy weather has many effects.

While this winter weather is impactful, it is critical to note that it is nothing compared to winters in days gone by such as 1947 or 1962/3 or even further back. This, in part, is because the global climate system is now warmer than it has been for several thousand years. The air we are getting, although still frigid, is thus warmer to start with than it was back in the day.

Back to the opening question. There is the potential that climate change is having an effect as that wave that broke high in the atmosphere is transmitted from much nearer the surface by the weather systems we experience, which are being altered by the changing climate. But, the causal chain is long and only as strong as its weakest link. It is thus not possible to be definitive, but it is certainly possible that climate change is subtly affecting the odds of sudden stratospheric warming events and resulting cold-air outbreaks.

While this winter weather is impactful, it is critical to note that it is nothing compared to winters in days gone by such as 1947 or 1962/3 or even further back

The fundamental truths are that our climate is changing, that humans are primarily responsible through our emissions of heat-trapping gases and that what we choose to do about it affects the future global changes we pass on to future generations.

But beyond that is a realm of really interesting and important questions where the science is not as definitive and where further observations, computer simulations and experiments are required. We can add the potential impacts of human induced climate change on the possibility of sudden warmings and associated cold air outbreaks to that list. 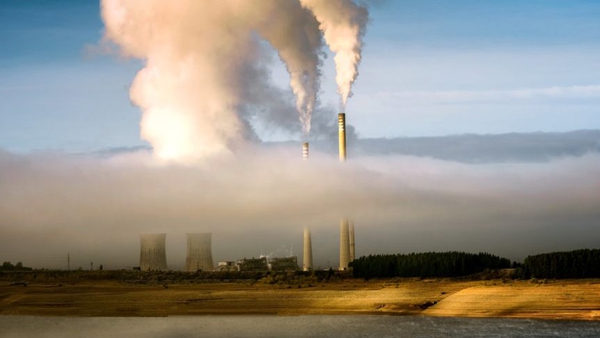 Why climate change is "the defining issue of the 21st century" 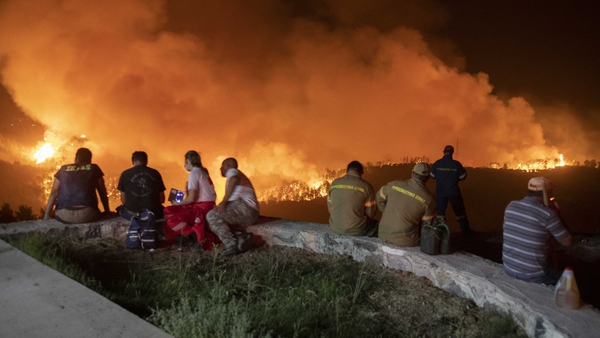 Why it's time to stop listening to climate change deniers