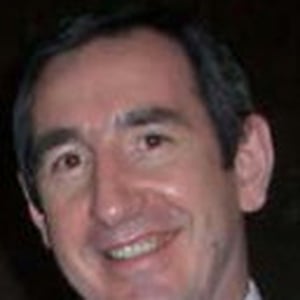 Opinion: a number of high-profile medical error cases have raised concerns about the traditional way of training healthcare workers so is it time for a new approach?

Healthcare workers are dedicated, hard-working and generally well trained. Over the last three decades, concerns arose in relation to unintentional and avoidable errors in healthcare practice. While the great majority of healthcare is to a very high clinical standard, serious failures are uncommon in relation to the high volume of care provided. Yet where serious failures do occur, they can have devastating consequences for individual patients and their families, cause distress to the usually very committed healthcare staff involved and undermine public confidence in the health service.

A number of high-profile medical error cases have raised concerns into the traditional approach to training healthcare workers. One of the most disturbing of these was the Bristol Case, which centred around three doctors.  The central allegations against these individuals were that they knowingly carried out or were allowed to carry out operations on children, when the mortality rates for these operations in the hands of the surgeons were higher than the national average. In fact, the mortality rate at the hands of these surgeons was twice the national average.

A similar account was associated with the introduction of "keyhole" or, more accurately, laparoscopic or minimally invasive surgery. Introduced in the late 1980s, this new approach to surgery was accompanied by an increased frequency of often life-threatening complications, particularly during the early experiences. That these problems could occur even among experienced surgeons who performed the new procedural practices heightened concerns about the training of novice surgeons who lacked experience in surgery.

How are healthcare workers trained?

High-profile adverse events such as these resulted in the healthcare community questioning how healthcare workers were trained. Considerable thought and resources were targeted at new ways of training. The consensus was that another approach to training had to be found and Technology Enhanced Learning, the use of technology to enhance learning and training, was proposed.

As part of a managed technology learning process, healthcare professionals would learn skills in a simulation environment and using other technologies before undertaking them in supervised clinical practice. Trainees could learn in a controlled and safe environment where there was no risk to the patient, trainee or other staff if an error occurred. This approach rested on the assumption that well educated, intentioned and motivated trainees given the correct training resources would acquire the skills necessary to do their job competently and safely.

Unfortunately, when these assumptions were robustly evaluated, this was not the case. For example, the operative performance of senior orthopaedic surgical trainees from 21 approved orthopaedic training programs in the United States was assessed when the trainees attended a course to learn to perform a common keyhole shoulder procedure using high fidelity simulation.

They were divided into three groups for training purposes. Group 1 had the traditional course, Group 2 had the traditional course and additional simulation based training and Group 3 had the exact same training as Group 2, but were required to demonstrate a quantitatively defined performance benchmark at each stage of training before progressing to the next stage (i.e. proficiency based progression or PBP). Performance benchmarks were based on validated metric-based assessment of experienced and proficient orthopaedic surgeons performing the exact same keyhole surgical procedure on a shoulder.

A number of conclusions can be drawn from these results: (i) less than one third of trainees on a traditional training program organised by the national professional training body were able to pass a validated and quantitatively defined performance level; (ii) the addition of excellent training resources and simulation improved the number of trainees passing and (iii) requiring trainees to train and to demonstrate a validated and required performance standard significantly improved the number of trainings passing to 75 percent. Group 3 were seven times as likely to demonstrate the performance benchmark as Group 1, the traditionally trained group.

Does this kind of approach to training only apply to procedure skills? At UCC, the exact same approach as above was used to teach communication skills to healthcare workers. This research evaluated how well information accurately describing a patient who was becoming unwell and was getting sicker was communicated from a member of staff such as a junior doctor or nurse to a more senior doctor.

One of the processes used by healthcare staff to do this is referred to as ISBAR (Identify, Situation, Background, Assessment and Recommendation), a mnemonic created to improve safety in the transfer of critical information from one healthcare staff to another. It originates from SBAR, the most frequently used mnemonic in health and other high-risk environments such as the military. The "I" in ISBAR is to ensure that accurate identification of those participating in handover and of the patient is established.

In the study of healthcare staff, Group 1 had the national and mandated HSE (certified) online training program; Group 2 had additional simulation based training and Group 3 had the exact same training as Group 2 but were required to demonstrate a validated proficiency benchmark throughout training. The results showed that only 7 percent of the HSE trained group demonstrated the proficiency benchmark in comparison to 60 percent in the PBP trained group.

PBP training is also being applied in the utilities and power industry to the location and excavation of underground utility services by ReachActive. The utilities sector is a high-risk industry and the safety of its employees is of paramount importance for ReachActive. An area of potential risk to employee safety is the possibility of a utility strike when laying utilities underground. A utility strike occurs when an operative excavating a road or pavement strikes an already existing buried service utility (water, gas, electricity or telecoms). Not only does this create major disruption, but it can also be potentially fatal in the case of a live electric cable strike.

The PBP study underway by UCC and ReachActive is very similar to the studies described above. One group will be trained using proficiency-based progression methodology, including the opportunity to train to a quantitatively defined and validated performance level on a physical simulation model in a training yard. The other group (i.e., the control group) will receive conventional training. The results of this study are expected in the summer of 2018 and similar outcomes to those described above are expected - ie the PBP trained group will perform better and safer and demonstrate a significantly lower error rate than the conventionally trained group.

The only way to know what a trainee can actually do is to observe them doing it and to objectively assess their performance in a robust manner. Evidence unambiguously demonstrates that the best training outcomes are achieved by requiring trainees to demonstrate that they know what to do and confirm that they can actually do it. Furthermore, these objectives should be achieved before they progress to real life performance.

As part of a managed learning process, trainees in every sector should learn skills in a simulation environment and use other technologies to a defined and validated proficiency benchmark before undertaking them in supervised real-world practice.  To ensure such optimal training and performance outcomes is achieved,  training must be more than an interesting educational experience. 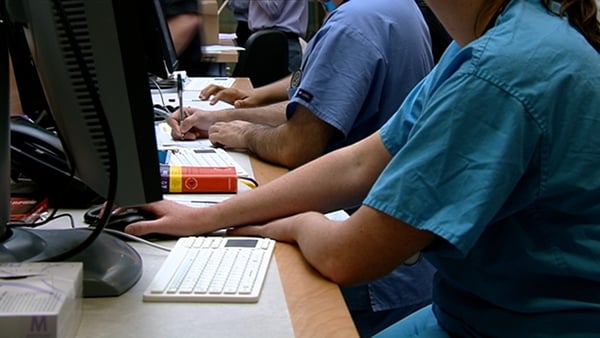