Opinion: despite a well documented colourful and controversial past, just why are many Italians happy to continue to support and indulge Silvio Berlusconi?

An examination of the return of Silvio Berlusconi to a central role and potential success at next month’s election in Italy, despite his colourful past, could start by stating that political longevity in Italy is a norm rather than an oddity. Despite accusations of collusion, corruption and nepotism, Italian political leaders over the last century have endured with remarkable obstinacy so why would Berlusconi be any different?

For a start because he entered the political scene proclaiming his difference and presenting himself as the anti-politician par excellence. He was the man against the establishment, the new face of a new wave of politics that would defy politics from within by, for instance, signing contracts with the electorate (literally signed on TV, in front of millions of Italians), similar to the one you would sign with a bank for a personal loan.

Well, not really. Strangely enough, countless Italians still think of him as a successful businessman rather than a beleaguered politician who, not unlike many other politicians before him, has been accused of tax fraud, placed at the centre of claims of collusion with criminal organisations, and involved in sex scandals over underage prostitution.

In the case of Berlusconi, what counts is not so much "political longevity" but simply and more passionately "longevity", which he has decided to pair, by his own choice, money and influence, with politics. Like his passion for soccer (until recently Berlusconi was the owner of AC Milan), politics has propped up his longevity, ensuring him visibility, prime time TV appearances, biographies, books and articles such as this one.

What Berlusconi has always wanted and still desires is more time. More time to impress, more time to seduce, not only women, but also the average Italian with his smile and his love for singing and jokes. Is it an accident that Berlusconi started his business career as an entertainer on cruise ships? Is it surprising that when he was attacked by a protester who hit him with a miniature of the Milan Cathedral, photos showed Berlusconi with a candid expression of shock and disbelief that one would associate with the random harassment of cinema stars than that of politicians in disarray?

He has been spectacularly successful in his fight against time because he has managed to persuade us to suspend our disbelief. He has moulded himself on the characters of fiction and fantasy for which his TV and publishing industry is so celebrated and famous. It doesn’t matter how impossibly complicated the situations he finds himself in are, the number of attackers who surround him with their daggers drawn, the ferocious beasts and the blood thirsty revenants that are about to bite him. In the next scene, Berlusconi will reappear intact, smiling and in control of the situation.

Of course, very little is said about what happened in the meantime to attackers, beasts and zombies. They are irrelevant in their own right and soon forgotten. The temporality that Berlusconi lives in is self-constructed and self-perpetuating. It is nurtured by fantasy and reliant on our willingness to suspend judgment.

So why have Italians accepted him as a fictional character in a story they appear to be unwilling to let go? Is it enough to state that Berlusconi is rich, powerful and influential, characteristics that tend to attract people and turn the owner into quasi-idols and icons of fame and glamour?

Intriguingly enough, a simple identity or image does not come to mind when one utters the name Berlusconi. Instead, the name Berlusconi conjures up several identities and images. It is almost a category of life and experience. Similar to Flaubert’s Bouvarism, from the character Madame Bovary in the eponymous novel, we now have Berlusconism, the age of Berlusconi, Berlusconi’s Italy. Berlusconi is gradually turning into a concept and idea that constructs stories and creates templates for states of mind. Not unlike Kafka’s castle, the eerie essence of which doesn’t reside so much in its physical presence as in its imagined and feared existence, Berlusconi’s identity and persona are not so much based on matter as on a projected collective imagination which sees things as on a screen, and cannot bring itself to separate day-to-day life from fiction.

Calling the result of the next Italian political election on March 4th and whether Berlusconi will come out on top and at the expense of who and which party verges on the impossible. What we are left with is an intriguing spectacle - and the question of whether or not people will continue to suspend their disbelief. 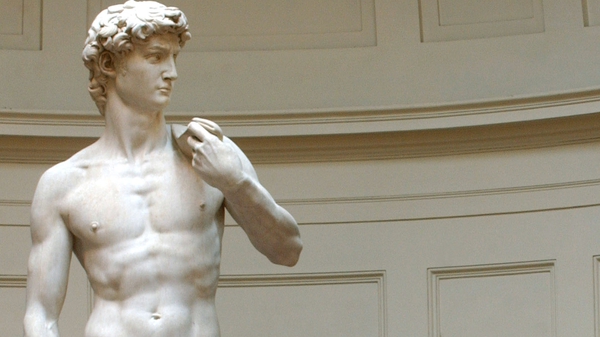