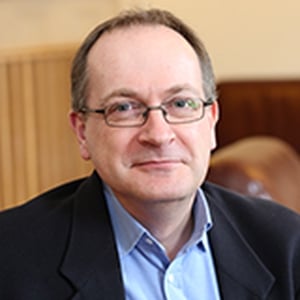 Opinion: while the Irish presidency has an important symbolic role, there is scope for the occupant of Áras an Uachtaráin to comment on events less formally and more regularly

In 2018, President Michael D. Higgins is eligible to stand again. On only one occasion has an incumbent president faced a re-election contest. That was Éamon de Valera, who was a controversial figure right to the end and who faced a challenge in his 1966 re-election bid. Whatever people might think of President Higgins, he is not Éamon de Valera. History might suggest, then, that if President Higgins goes back on the promise he made during the 2011 campaign and chooses to stand again, there is a strong chance that he would be returned unopposed.

From 1966, RTÉ News footage of Éamon de Valera's inauguration for a second term in office

But recent history might suggest otherwise. Gradually, the hold that party elites – or more precisely Fianna Fàil, Fine Gael and Labour party elites – had over the nomination system has weakened. Up to 1990, there had never been more than three candidates in a presidential election. In 1997, however, there were five and in 2011, there were seven. It is entirely conceivable that even if the three previously dominant parties preferred to avoid an election this time around, candidates would still end up being nominated. For example, Sinn Féin has 23 TDs and thus the numbers to nominate a candidate, something which would certainly ensure a contested election.

An election wouldn't be a bad thing. Without falling back on the old trope that our ancestors struggled to win the vote and we should feel obliged to use it, elections are an opportunity for issues to be aired, priorities to be set and voters to choose. In this context, presidential elections serve a general purpose. Indeed, it is a shame that the Constitutional Convention in 2013 voted against a reduction in the president's term from seven years to five, something which would have effectively ensured more frequent contests.

Presidential elections can sometimes turn into the Great Irish Bake-off

Once elected, the presidency has an important symbolic role. Imagine if Martin McGuinness had won the 2011 election and had presided over the 1916 centenary celebrations. The presidency also remains a very popular institution at a time when cynicism with other political actors and the political process generally is high.

Yet perhaps the president should do more than "open flower shows", which is how commentators used to characterise the French president in the days before General de Gaulle took office. Certainly, there is no appetite to increase the powers of the office and create a French-style executive presidency. But without changing a word of the Constitution, presidents could take it upon themselves to speak out a little more, including on matters of public policy. President Higgins has pushed the boundaries of the office a little.

From 2011, RTÉ News report by Martina Fitzgerald on the election of Michael D Higgins as the ninth President of Ireland

The president is prevented from addressing "a message to the Nation" without the approval of the government. This includes communications to the Oireachtas and has been interpreted to mean speeches at official dinners and the like. Yet, there is nothing explicitly in the Constitution to stop the president from commenting on events less formally and more regularly. The president could be a more integral part of the political debate.

The political and constitutional elites would hate such a move. When President Higgins commented on the terms of an inquiry into the tragic case of Savita Halappanavar, he was immediately criticised. Yet, he was criticised not so much for the substance of his remarks, but for the temerity of even thinking of making them. Such criticisms stem from an extremely restrictive reading of the constitutional text. Presidents could take it upon themselves to interpret the constitution slightly more expansively. Without turning a state dinner into a critique of government policy, presidents could choose to be more vocal.

Certainly, a president who decided to be speak out a little more would be the subject of criticism. But there might be a benefit from someone in an undisputed position of political authority expressing an opinion on matters of policy importance. There is always the risk that speaking out would diminish that very authority. Yet, the tight constitutional constraints on the president would still be in place. In short, there is room for the president to be somewhat more outspoken and for the constitution to maintain the legitimacy and authority of the office.

With the nomination process more open and voter preferences more fluid, presidential elections may become more frequent and more competitive. At some point, a more active-minded president is likely to be elected. The Constitution places severe restrictions on the presidency - would-be President Trumps need not apply – but there is still room within the existing constitutional framework for presidents to comment slightly more freely.

Maybe the 2018 presidential election will return someone who has a somewhat more expansive conception of the office? Or maybe a second-term President Higgins would be tempted to push the boundaries even a fraction more?