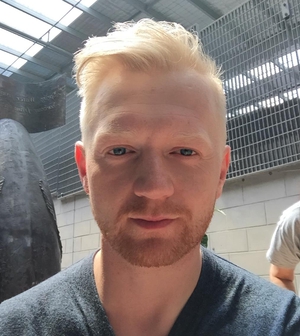 Report: how a marine expedition off the coast of New Zealand allowed a geologist to find out more about slow-slip earthquakes

I’m a structural geologist which means I study cracks in the earth. I do this because these cracks influence important geological processes like the creation of natural resources and the movement of tectonic plates which can cause earthquakes. My work has taken me from the Italian Alps to the geothermal fields of New Zealand, and now, a marine expedition onboard the JOIDES Resolution research ship in the Pacific Ocean off the east coast of New Zealand.

A key aspect of this outreach are live ship-to-shore broadcast events hosted by each expedition's education and outreach officer(s). These events are open to anyone - students, the general public, and other groups - around the world, and are customised for each group depending on needs, interests, and education level. The live events are a great opportunity to engage your students and community in international scientific exploration and inspire future generations to pursue STEM careers.

It’s my first time on a marine expedition. I’ve never been at sea longer than it takes to go from Larne to Stranraer before and I was pretty worried in the beginning about sea sickness and cabin fever. Nearly four weeks in, I’m more concerned about running out of good coffee and keeping pace with analysing the fantastic datasets we’re collecting.

So, what is a geologist who studies cracks in rocks doing floating around in the ocean? Well, the JOIDES Resolution is a research vessel capable of drilling beneath the seafloor, where it collects samples and other data on the rocks there. It does this in order to answer geological questions at the global scale, and our expedition, 372 (#EXP372), led by Dr Philip Barnes (NIWA), and Professor Ingo Pecher (University of Auckland), is no different. We have two scientific queries: (i) do gas hydrates play a role in submarine landslides activity? and (ii) why do slow-slip earthquakes occur in subduction zones?

I could geek out about these images for ages, but I’ll hold back for now

The east coast of the north island of New Zealand is a rare spot on the globe that provides excellent examples of both these geological phenomena for study, which is why it was selected as an expedition site. But while the submarine landslides are a fascinating topic of study, it is the slow slip earthquakes that really captured my interest.

New Zealand’s north island sits atop a tectonic plate boundary, where the Pacific plate is being forced under the Australian plate, creating what is known as a subduction zone. This generates a lot of geological activity, including both short, fast earthquakes like the ones we are all familiar with, and slow-slip, or "silent", earthquakes. Basically, fast movement on a fault-line defines a normal earthquake, whereas slow or "creeping" movement defines these odd slow-slip earthquakes.

For the last couple of years, I’ve worked with scientists in New Zealand to measure the forces that drive the plate movements along New Zealand’s east coast. We believe variations in these forces in different areas of the subduction zone may have something to do with why different types of earthquakes occur in different areas. Slow-slip earthquakes have been documented around the globe, but nowhere better than New Zealand, where they seem to be focused in the shallow, northern part of the subduction zone. When I heard IODP was collecting drilling data from this region, I had to sign up. 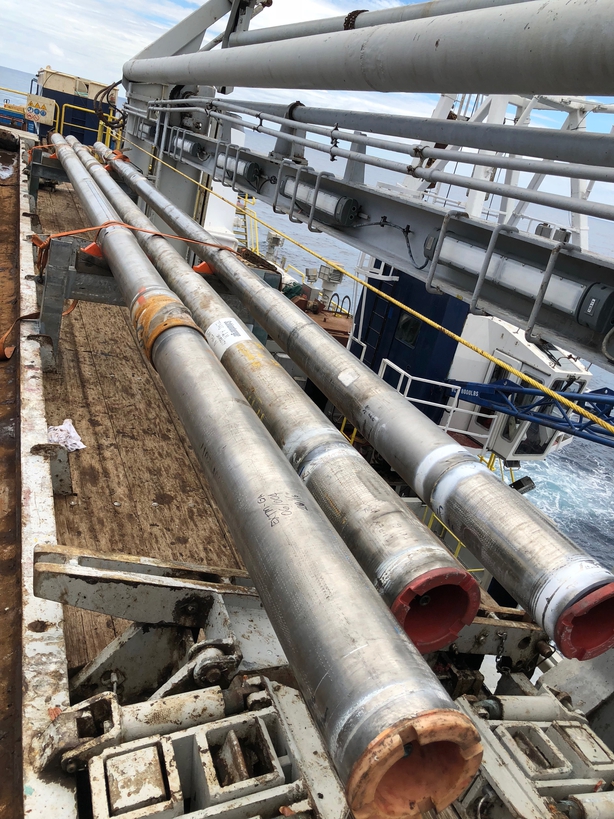 The particular dataset I am helping to collect and interpret at sea are borehole images, essentially pictures of what the inside of the well looks like. As we drill a well, a special tool attached above the drill measures the changing electrical responses of the various rock layers and structures to make images of the inside of the well.

Using these images, I can visualise and measure faults, fractures, and stress related features, all of which allow me perform calculations of the earth’s tectonic forces. I could geek out about these images for ages, but I’ll hold back for now! I’m hoping the new data I get from this scientific endeavour will help me understand subduction zone behaviour and that my research will assist others in studying the hazard risks posed by the different earthquake types in this region, and around the globe.

Scientist spots on each IODP voyage are limited to around 30 or so people and are competed for by researchers from all over the world, so I feel honoured to be here representing Irish science. In fact, Ireland is doubly blessed on this expedition as I am one of two Irish researchers invited to join expedition 372. Dr Aggie Georgiopoulou from UCD is also on board assisting with the submarine landslide research, an analogue to her own research on landslides in the Rockall Trough off the west coast of Ireland. It is thanks to the Geological Survey of Ireland that we are both able to be here as they maintain Ireland’s membership with IODP and the globally important research they do. Being able to work with scientists from all over the world in this miniature melting pot of cultures, exchanging ideas and expertise, has been a rare privilege. 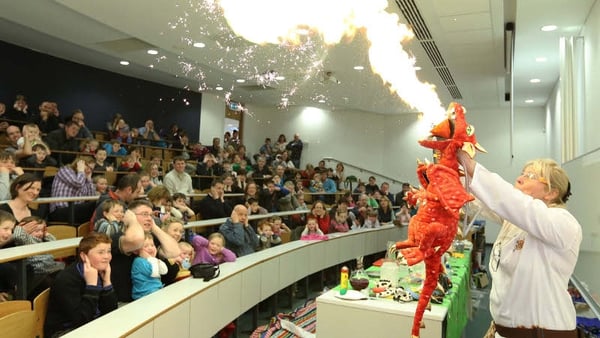 Why science education is for life

Dr David McNamara is a structural geologist and lecturer at the Earth and Ocean Sciences programme at the College Of Science, NUI Galway