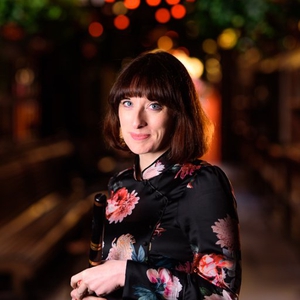 Department of Folklore and Ethnology/Béaloideas

Opinion: while the St Stephen's Day tradition of hunting the wran has largely died out elsewhere, it continues with great gusto every Christmas in Dingle, Co Kerry

To most Dingle people, the Wran’s Day is the highlight of the Christmas calendar. Indeed, many consider it the highlight of the entire year. Coming up to Christmas, you’ll hear "I’ll see you the Wran’s Day" or "How’re ye looking for numbers – have ye enough drummers/fifers" or "How’s yer straw this year" in shops and public houses even more than you will hear "Happy Christmas" or "Nollaig Shona".

While more commercial festivals and events attract visitors to Dingle and are also enjoyed by locals all year around, the traditional celebrations of calendar custom hold most significance for many townspeople. Throughout the calendar, there are traditional marches where the town celebrates their commitment to tradition as well as their "Dingleness" and identity (such as 6am on Saint Patrick’s morning, Easter Sunday, Bealtaine and New Year’s Eve). These marches are led by the Dingle Fife and Drum Band and the band are followed around ritualistic routes of the town by locals.

The Wran’s Day is the largest and most exuberant of these traditional celebrations and brings together young and old in the community in a celebration full of music, masquerade, tradition and tom-foolery. While the other celebrations are more sedate, the wran is the one celebration of the year where people can really let go and have a good time.

The wren tradition or "hunting the wren" is an old custom that was once commonplace throughout Ireland and the United Kingdom, but died out in most areas throughout the 20th century. It was usually performed in rural areas with disguised groups calling from house to house with a wren bird that they had captured. They asked for money to bury the bird and usually performed some music and song. Groups were usually invited into the home and given refreshments. Many will be familiar with the rhyme or song that is associated with the rural visiting groups:

Saint Stephen’s Day, was caught in the furze

Although he is little, his honour is great

Jump up me lads and give him a treat

Up with the kettle and down with the pan

And give us a penny to bury the wren"

In Dingle, the wran groups were never in the habit of visiting residential homes or even reciting the rhyme, but instead visit pubs on their route around the town. Being performed in a more urban setting has indeed contributed towards its continuous performance – everywhere is walkable and within the town boundary. The fact that the tradition has died out in many areas or has survived in different ways in areas such as Carrigkerry, Co Limerick and many parts of North Kerry and Cork, contributes to the feeling of pride in the townspeople of Dingle who undertake the custom with great passion, enthusiasm and commitment.

Today, there are four main performing groups in the Dingle tradition from four different areas of the town: Sráid Eoin (John Street), Goat Street, The Quay and the Green and Gold. These groups parade around traditional routes of the town from midday to late on December 26th, calling to public houses as well as the local community hospital. Apart from collecting for local charities, the groups put some money aside for a ball night (party) for the group itself.

Each of the main groups has a Captain, hobbyhorse, banner, strawboys, band of musicians and followers, who usually dress in the colours of the respective group as they would for a sports club. There is healthy rivalry between the main wran groups – and jibes are often thrown around - which has certainly contributed towards the survival of the tradition over the years. 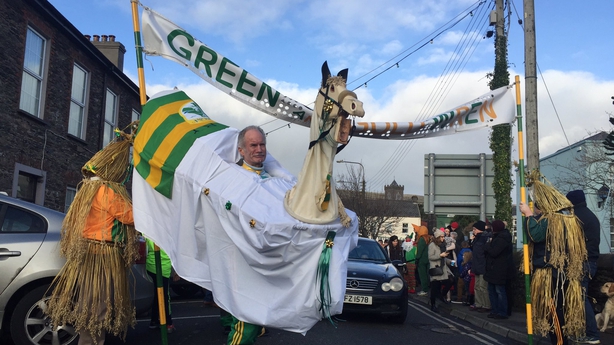 There are also other independent groups who parade in a less formal way and fall in and out of the main wrans throughout the day. Some of these groups dress alike and in a topical theme – last year there were groups of Donald Trumps and Graham Nortons dancing and carousing on the streets alongside Spidermen and the odd Minion.

The music has also had a big impact on the survival of the wran in the town. There have always been marching bands in the town and plenty of people willing to play drums, fifes and whistles. Many wran musicians only play on that one day of the year and bands do not strive for a perfect sound. It is a participatory music and it is as important to get young kids in playing their few tunes with the wran band as it is to actually sound well.

It is this marching music that signifies the Dingle sound. On the Wran’s Day, it is easy to identify outsiders or groups from west or east of the town as they are the groups playing accordions or other instruments. It is one of the tunes from the tradition, "Old Comrades", that is chanted by players on the Dingle football team after winning games, despite the fact that there are no words to the tune. To them and other townspeople, this music is Dingle.

According to Michael Ferriter (now 97 years young) who captained the Sráid Eoin wran in the 1940s, the groups at that time began their build up to the day in September, holding "practice marches" around the town every Sunday evening. The music was also rehearsed early, with the boys and men of the town meeting to practice their fifing, drumming and whistle playing for months before the Wran’s Day.

While many speak nowadays about the wran throughout the year, music rehearsals are more relaxed. It’s the making of the straw suits that usually kicks off the preparations for the Wran’s Day properly in late November or early December.  Each group practices separately in their headquarters and there is usually a push to bring in new musicians and followers to the group through the year. Young people in the town today are particularly passionate about the tradition and being a part of it and this is something that makes many of the older generation, including Michael, very content to know that the tradition is very safe and will be for many years to come. Dingle people are proud of the Wran’s Day and having kept the tradition alive while it died out in most other areas. It is a day where everyone is on a equal playing field. A day when men dance with men if they wish, cross-dressing is widespread. Micheál Ó Muircheartaigh dances alongside friends and family in his straw suit. Kerry footballers dust off their whistles and drums. Teachers, doctors, knitters, students, ice-cream makers and writers dance and play alongside members of Walking on Cars and other well known musicians. Everyone enjoying themselves and celebrating.

Kerry and Dingle footballer, drummer with the Green and Gold Wran and student Matthew Flaherty sums up what the tradition means to him and many of his Dingle friends: "we’re a unique town. I think the music and the wran displays what we are. Everyone comes together and we get great enjoyment out of it and I’m proud to be a part of it and proud to be a Dingle man. It shows our character and our Dingleness – we’re all the one at the end of the day. It shows our pride in the town.

"The buzz you get meeting the other wrans and going up to the hospital playing for them there. My grandfather – he was blind - but that never stopped him going out in the Wran and drumming with the Green and Gold. Rain, Snow or Sunshine, nothing will stop us from being out on the Wran. It’s what we are and I’m proud to be a part of it."

Department of Folklore and Ethnology/Béaloideas

Dr Aoife Granville is a traditional musician and lecturer in Traditional & Popular Musics, Festival and Folklore at Department of Folklore and Ethnology/Béaloideas at UCC