Opinion: the new regulations bring significant change and mean we must reflect on the balance between the rights of the parents and the children

The Adoption (Amendment) Act 2017 means that potentially more children will be available for adoption and that the grounds for adoption have changed. People can now adopt whether married or not - and children can be placed for adoption by any parent, whether married or not. One of the biggest changes is that children who are in long term foster care through the Tusla child and family agency can now be considered for adoption.  This is a big change for professionals and the public so it is important that we are all well informed about the developments.

So what can we do to be best informed?  We need to think about and reflect on our own attitudes to the balance between parent rights and children’s rights to security and permanence. We need to keep an open mind to allow a shift in cultural views about adoption in Ireland and listen to a range of viewpoints on the pros and cons of the new adoption act.

We must also look to and learn from places that have had adoption for care in their systems for many years like Northern Ireland. England, Wales, Scotland and the United States. From elsewhere, we can learn that adoption can be very appropriate for some children if well planned and supported. We can learn that adoption from care cannot be simply a matter of signing final papers and leaving adoptive parents to it.

A very bitter and painful legacy

While it could not be the same as foster care support, which is intensive and more shared parenting between Tusla and the family, some form of post-adoption support will be needed. One of the worst things that has happened in some instances elsewhere is the view that adoption is cost saving as the state stops paying the foster or residential care costs. This cannot be allowed to happen and investment and support of the process is crucial.

It will be important for the child protection and welfare system to receive adequate resources for this type of adoption practice so that both the needs of children and adults are adequately catered for. Social workers must receive adequate levels of training and support to allow for concentrated efforts to be made to allow for family reunification. Adoption should not be rolled out as the gold standard, but as part of a suite of options and only applied where all other options have been considered.

It cannot be forgotten that adoption in Ireland has left a very bitter and painful legacy that was due partly to the closed nature of adoption. This meant that legal ties as well as social and emotional ties were perpetually cut from the family of origin. While the practice has now taken on a very different guise where continuation of pre-existing relationships are supported, the fact remains that adoption in law is still closed.

Traditionally in Ireland, people were either assessed as a foster carers or prospective adoptive parents. Ideally, the system of concurrent planning, which is used in Northern Ireland as Home On Time, is best for children. This means that a child can be placed with foster parents, who have also been dually assessed as adoptive parents. Over a period of two to three years, the work is undertaken with the child’s natural family to try to get reunification. If this is possible, the foster parent helps the child return home with social service support. If it is not possible, then the child remains with the foster parents with no disruption or need to move placements.

The idea is that the transition from a foster to an adoption placement is made as seamless as possible for the child. It is tough on the adults involved and works only for some people as the emotional challenges are just too much for some.

As with all culture, policy and system change, the first step is to gain reliable knowledge and understanding of the issues.

Of course, it is hard for adults to bond with a child only to have to possibly return them home if things work out for their original parents. But is the adults who have to be tough in this scenario and take the hits rather than the child. Hopefully some people in Ireland will believe they have the attitude and resources to bond with a child and commit to them being with them forever, while also working with them and their family to try to address issues so that reunification is possible. They also need to be able to turn around and offer the next child the same prospect of certainty that one path of permanence or another is there for them.

This might seem now like a massive leap from where we are and indeed it probably is. But as with all culture, policy and system change, the first step is to gain reliable knowledge and understanding of the issues. The second step is to open up a dialogue and debate to process, critique and examine this knowledge. There is a need for a much wider public dialogue and debate and we hope this article can trigger such conversations.

Professor Caroline McGregor is Director of Social Work at NUI Galway. Dr Simone McCaughren is a lecturer in the School of Applied Social Studies at UCC 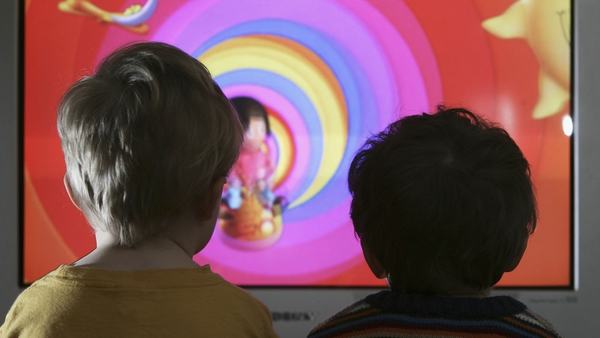 Weighing up the impact of mandatory reporting