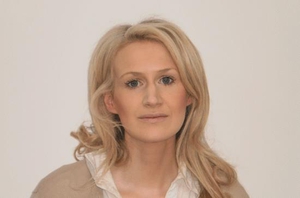 Opinion: with the problems at the Department of Justice in sharp focus after recent events, how did its particular relationship with the Garda Síochána came about?

The current political scandal over former Tanaiste Frances Fitzgerald’s knowledge of the aggressive strategy to attack Sergeant Maurice McCabe once again shines a spotlight on the culture within a supposedly "dysfunctional" Department of Justice. In particular, it highlights the somewhat "cosy" relationship between officials in the Department and An Garda Síochána.

Of course, this isn’t the first time such dysfunction has been identified. In 2014, the Toland Report reported the "deferential relationship with An Garda Síochána" and "a closed secretive and silo driven culture". The emphasis on secrecy was so pronounced, according to Toland, that secrecy was "part of its DNA".

Given current appetites for reform of the department, it’s useful to think a little about how we got here and how such a culture developed within one of our key government divisions. Criminological research into criminal justice policymaking in Ireland can shed light on this and in particular the manner in which the existential crisis that the Irish state has experienced since its foundation (namely, the subversive or terrorist threat) has helped shaped the current orientation of the criminal justice system.

The gardai are "a much bigger, more powerful, more significant culturally institution here than police forces are in most other states"

Examining criminal justice in Ireland over a thirty year period (1976 to 2006) and comparing it with Scotland and New Zealand, my own research, Reconceptualising Penality, found that the Irish criminal justice system is unusual in terms of the central role occupied by the Garda Síochána in public life. As one respondent put it, "they are a much bigger, more powerful, more significant culturally ... institution in this state than police forces are in most other states…so that crime control in Ireland was always going to be front loaded, because that’s where the power of the criminal justice system in this country actually lies".

A large part of the explanation for this lies in the terrorist threat which has dogged the state since its foundation and the instrumental role played by gardai in countering that threat. The security threat not only thrust the Gardai front and centre of Irish criminal justice from its very inception, but also permeated public life in a very significant way.

While the actual impact of the conflict on crime levels in the Republic was relatively minor, the Troubles had major effects on civil service culture, as Mary Rogan has noted, instilling a defensive and insular attitude in officials and a strong suspicion of outside involvement. It is of course the case that many of the senior managers now working in the Department of Justice would have begun their careers at a time when security concerns were at their peak, something which is not without significance in considering the current failures of accountability in the Department’s dealings with An Garda Síochána.

How does Ireland compare to other jurisdictions in this regard?

In all three countries that I examined, the police appeared to be held in considerable public regard, were expert lobbyists and were well connected to the media. Those who I interviewed, including policymakers and former ministers, were well aware of the popular appeal of front-end measures such as increasing police numbers, not least because, as one crime journalist pointed out to me, "the police don’t have to be explained [to voters]".

Yet, comparing the three countries, there was also something peculiarly Irish about our approach to police powers. Looking to New Zealand, for example, the absence of a terrorist threat historically in that country has meant that public support of increased police powers is considerably more lukewarm. As one policymaker I spoke to put it, the introduction of police powers along the lines of the UK Terrorism Act 2000 would probably send the public "into revolt". The downside of this is that New Zealanders have focussed their crime control efforts largely on prisons, or the "back-end" of the criminal justice system, sending their imprisonment rates soaring.

Ireland and New Zealand therefore form an interesting mirror image of one another over the 30 year period considered. In New Zealand, criminal justice reforms have been concentrated on the "back end" of the system (the use of imprisonment), with relatively little attention given to "front end" reforms such as increases in police powers/erosions in the rights of defendants.

Conversely, Ireland has maintained relatively low rates of imprisonment in international terms while police powers have been enhanced and the rights enjoyed by suspects have been increasingly curtailed (often through criminal justice measures emulating emergency legislation).

For researchers, these differing crime control strategies suggest the need to adopt a broad-brush approach when analysing criminal justice systems and looking to changes in policing as well as prisons. In terms of the current crisis, those tasked with reforming the Department of Justice would do well to situate its working culture within its particular political and social context, as argued for in the cognate area of police reform. In an Irish context, this would mean due regard being given to both the broader dynamics of crime control in Ireland and the distorting impact of national security on the department’s working culture.