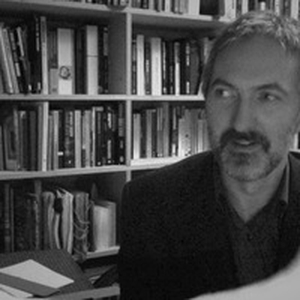 Opinion: as an event show like the Late Late Toy Show demonstrates, TV's rituals, words and expectations will be with us for some time to come

Like a roof of twinkling lights over the streets or that first card from an old friend, The Late Late Toy Show is one of those signs that Christmas is on its way in Ireland. Kids are let loose on a grown-up show for a night of singing, dancing and, most importantly, toys. This annual special is event television which will be discussed in kitchens, offices and schoolyards for days afterwards. There are "making of" programmes, press pieces, promos, retrospectives and so on that tell you this is something you must see - and see live if possible.

But many will remember when a show like The Late Late Show managed to be on the tips of Irish people’s tongues without such promotion. So recently central to national and family life, television seems to be fragmenting and receding into the background. Is television dying out? Has the internet killed it? The ghost of television past can help us here. Travelling back to the early 20th century, we can see not what television was but ideas about what it might have been and what it may become.

In the 1920s and 1930s, newspapers discussed the scientific marvel of television but didn’t really know what it was for. There was no shortage of predictions. Television would be an add-on to your radio that would let you to see and print pictures. People would witness sport and warfare live in public television theatres. Many hoped that the gift of global vision would unite the world. Like a teleporter, the word television was recognised, and understood in various ways, although it only existed in laboratories and people’s imaginations.

A very common idea was that television would be used by people to talk to their friends. John Logie Baird, the British man credited with inventing television, stated that "telephoning to friends by television will be the next big thing to be commercially developed". This would come "as surely as the telephone itself came". A bit eerily, a 1946 newspaper cartoon predicts the television-telephone as the cause of FOMO (fear of missing out), which we associate with social media today. The past shows us that what we know as television was just one option in a sea of possibilities for this technological marvel

The arrival of the second World War halted developments, but defining aspects of television were already set. Endless possibilities were frozen in a technological and institutional form. Television did not develop as a means of interpersonal communication or communal exhibition but became a passive, privatised medium. The world was not united by a shared global vision because television’s development was intertwined with nationalism, national companies and nation states. Corporate and political interests moulded a medium that was all about the family and the nation-state.

Television advertisers targeted families. In the early 1950s, US companies claimed that television would strengthen family ties. The most common advertising vision was of the family in a semi-circle around the set as an electronic hearth.

Magazine advertisements showed the set as a natural part of house and home. Well before most people could afford one, televisions were pushed as everyday objects that any family might buy. By 1955 in the US, television had ceased to be a novelty consumer product and had become the emblem of family life.

Television also became part of the fabric of the nation. In the US, television, as a blend of consumerism and technology, reflected the national vision of progress. In the UK, the BBC would speak to, and for, the nation. Most importantly, families watching television could imagine that other people were experiencing televised events with them across the land and in the same moment. Television united the nuclear family and connected it to the national family.

The end of the collective TV experience

The family-nation dream started to fragment almost as soon as it had started. By the 1960s, US companies were advertising sets for different rooms in the house. By the late 1980s, it was commonplace in Ireland to have a big set in the sitting room and a portable in the kitchen or bedroom. There was an explosion of new channels across Europe with the deregulation of broadcasting markets. Pressurised broadcasters fished for valuable niche audiences by specialising in sport, lifestyle and music. Satellite transmissions made borders irrelevant. Then, television went digital.

From the RTÉ Archive, Bosco appears on The Late Late Toy Show in 1982

Now we watch what we want where and when and how we like. Live events can be paused. Television no longer relates to time and place. It has merged with other media. Twitter streams are part of the fun and allow us to talk back. We often need a YouTube commentary to understand what’s going on. Like the web, television has become personalised. How often do we find that our friends have never even heard of our favourite show? Television reflects a society that no longer uses collectives, like the family and the nation, as organising principals. Increasingly, our media, like our society, are experienced personally but organised globally.

Nevertheless, television is far from dying out. If anything, it now resembles its imaginative pre-history. Like the telephone, television is unrecognisable from what it was 20 years ago. But then television is not just a set of technologies and institutions; it is also a set of rituals, words and expectations. We still "hang up" on smart phones that have nothing to hang anywhere and we can watch "television" on a tablet device or a games console. Technologies and institutions will change, but television will be with us for some time to come. The future of television, as its prehistoric past reminds us, depends on the exploration of possibilities.

Dr Eddie Brennan is a media sociologist in the School of Media at TU Dublin.