Evil is a two-part Would You Believe? special running on RTÉ One on Sundays November 19 and 26. Through psychology, psychiatry, neurology, criminology and theology, reporter Mick Peelo attempts to get to the heart of evil and to capture pure evil on camera. We all know what evil looks like but what exactly is it? Is it the potential that exists within every human being to do bad things or is it a supernatural force that can possess people and cause them to harm others? Is it both or none of these?

One of the guests on the show is neuroscientist Dr Clare Kelly and she talks about the source of evil. Is it a mental disorder, bad wiring in the brain, the result of brain damage and worse, a conscious choice made by people who know right from wrong? Can an MRI scan locate it in the brain? Is there an evil spot? If so, how did it get there? Here's a transcript of the full interview with Dr Kelly for the show.

Q - What can neuroscience tell us about evil and why people do evil things?

Dr. Kelly: Humans are wired for empathy. It's empathy that stops us from doing harm and moves us to help other people who are in pain or in suffering. This is fundamental to human social interactions and to morality. Neuroscientists have studied empathy in the brain using brain imaging technologies like MRI.

When you or I view images showing people experiencing pain we activate exactly the same brain regions that we would activate if we ourselves were in pain. Regions like the amygdala and the insula, the emotional centre in the brain that are particularly responsible for processing negative emotions, emotions like fear and threat and distress. This is empathy.  And what this tells us is we're literally wired to feel the same thing as other people, we're wired to experience other people's pain and distress as if we are experiencing pain first hand.

What neuroscientists have done is looked at what happens when they put individuals who have a diagnosis of psychopathy or score really highly in psychopathic traits in the MRI and show them images of people experiencing pain. What they find is that the response of the emotional areas in the brain, areas responsible for empathic processing, are blunted. They're very much blunted relative to comparison participants. The responses in areas like the amygdala and the insula are much weaker in psychopaths when they view images of people in pain.

We can think about this brain response to other people's pain as an alarm that goes off for me and you. When we see somebody else in pain or distress, an alarm goes off in our brain and tells us . Psychopaths don't have that alarm, their brain just doesn't respond the same way to other people's distress and pain. This is probably what allows them to do what they do,  to have a callous disregard for the feelings of others and not to feel any shame or guilt or remorse about their actions afterwards.

Q - You might call that area in the brain that’s blunted the amygala, but is that the evil spot?

Dr. Kelly: I wouldn't characterise it as that, I suppose I think about it as they're lacking the same response in their circuity that you or I have, that non-psychopathic individuals have. To characterise it as "the evil spot" wouldn't be quite right. 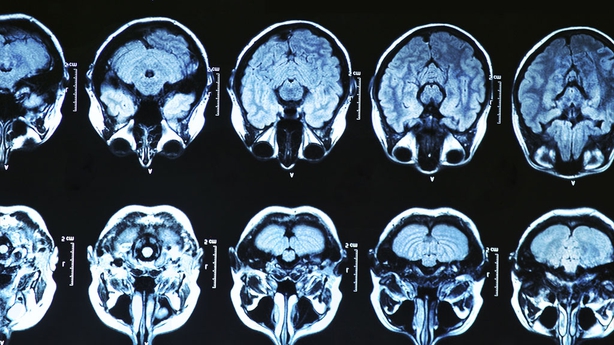 Q - Is there scientific evidence to say that if that spot in your brain doesn’t respond to pain then you have a greater propensity to do evil?

Dr Kelly: Yeah, so when it comes to looking at an individual brain, say taking somebody off the street and putting them in the MRI, can I tell if they are psychopathic or not? The science just isn't there yet. We see these differences on average between groups of individuals and with psychopathy and groups of comparison subjects who don't have psychopathy. But any one of the psychopathic individuals could have a fairly normal looking brain and vice versa. Researchers like Kent Kiehl at the University of New Mexico are working very hard to try and find better biomarkers, better brain features that do distinguish psychopathic and non psychopathic individuals, and they have some really promising leads but we're not quite there yet.

It's there in the brain, all of our behaviour good and bad comes from our brains

Q - Why are the brains of psychopaths wired differently to so-called normal brains?

Dr Kelly: We don't fully understand why it happens. It's thought that at some point in development, the brains of people who later go on to become psychopaths do become miswired and this affects their ability to learn negative associations, so to learn to experience your pain or somebody else's pain as aversive. We know there's a huge genetic component to psychopathy and its developmental precursor, which are callous unemotional traits in children. But genes don't operate in isolation of course. There are also environmental influences and we know that some environments are more associated with the development of psychopathy than others. For example, very harsh, abusive, neglectful parenting has been linked with some variants of psychopathy.

Q - Is it nature or nurture?

Dr Kelly: It's most likely to be an interaction between the two. There are some cases where you do have psychopathic traits emerging as a result of damage to the emotional centres in the brain. The earlier the damage occurs, the more problematic the behaviour probably again because of its failure to develop negative associations for other people's pain.

Q - If the brains of psychopaths are wired differently then they don’t really have much choice when they harm? They’re not really responsible?

Dr. Kelly: Yeah, I mean I think that's where you get into fairly hairy territory and a lot of people are thinking quite hard about these things. All behaviour good or bad has a brain basis. Just because we identify the pathway by which a certain behaviour is produced does that mean that we're not responsible for it, is that exculpatory? It's not clear that by identifying what parts of the brain produce a particular behaviour that means we're not responsible. At the end of the day, we have to think that people have personal responsibility, except in some very, very extreme circumstances. And particularly in the case of psychopaths, a lot of research has demonstrated quite clearly that they do know right from wrong,  they just disregard that.

Q - Could there possibly be a force outside the person that possesses them and causes them to have a disregard for other people’s pain?

Dr Kelly: No, I think that certainly by any definition of something coming from the outside. It's there in the brain, all of our behaviour good and bad comes from our brains.