Germany coach Hansi Flick will remain in his position despite his side's dismal performance at the World Cup, the DFB said in a statement on Wednesday.

Flick and team director Oliver Bierhoff were widely criticised after their second consecutive group-stage exit at a World Cup in Qatar.

Bierhoff became the first casualty after agreeing to leave his post two years before his contract ends.

But Flick will stay on.

"We are all convinced that Euro 2024 in our own country represents a great opportunity for football in Germany. Our goal is to make this tournament a sporting success. We have full confidence in Hansi Flick," said DFB President Bernd Neuendorf in a statement.

"With regard to Oliver Bierhoff's successor, we have agreed that we will first discuss the future structure of this position within the DFB and then make a personnel decision."

Germany crashed out of the tournament in Qatar after losing to Japan, drawing with Spain and beating Costa Rica in the last Group E match. Spain and Japan advanced from the group.

The Germans also tumbled out of the 2018 World Cup at the group stage - at the time their earliest exit in 80 years.

They also failed to advance past the round of 16 at Euro 2020 last year. 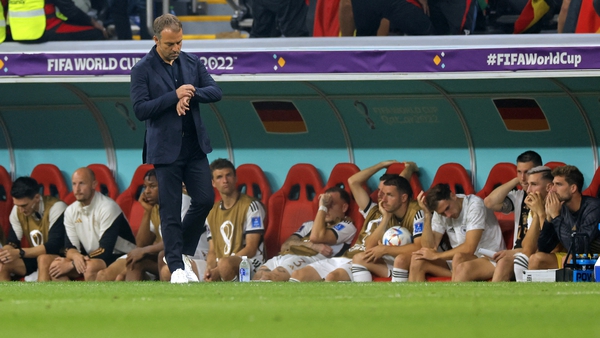