The 104th meeting of the old rivals ended with last year’s European Championship runners-up wrapping up top spot in Group B on Tuesday evening at the Ahmad Bin Ali Stadium.

Rashford’s brilliant free-kick and fizzing strike came either side of Phil Foden’s goal in Tuesday’s 3-0 triumph against Wales, who head home as England gear up for the last 16.

Their reward for topping the group is a clash with Senegal on Sunday and alcohol-free celebrations in Qatar, having toasted progress with a beer in Russia four-and-a-half years ago.

"We’ve got loads of milkshake back at the hotel," Southgate said.

"Everything is different, isn’t it? We’re embracing it. We love our base camp, the people that are operating the hotel are fabulous people. Really we couldn’t be happier.

"We’re enjoying each other’s company and the players are really tight, so to this point we’re very pleased 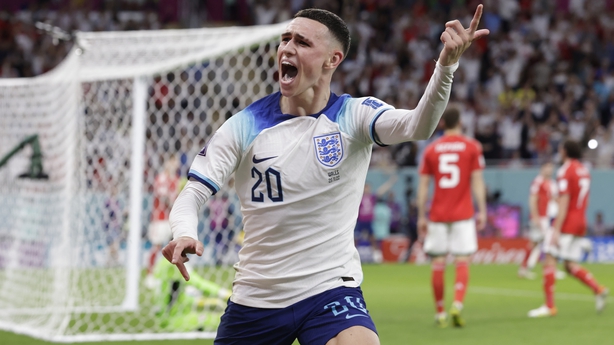 Foden, making his first start of the tournament, did his chances of a greater role on Sunday no harm in Al Rayyan, but it was Rashford who made the greatest case to start against Senegal.

The 25-year-old has three goals in as many games at this World Cup, with his goal off the bench against Iran coming on his first England appearance since missing his penalty in the Euro 2020 final shootout.

Rashford struggled for form and fitness in the intervening period, but the Manchester United forward has kicked on impressively.

"It’s been a challenge for him," said Southgate, who was unaware that the man-of-the-match’s friend Garfield Hayward, to whom Rashford dedicated his goals, had died in the build-up to the game.

"I went and saw him in the summer, had a long chat with him and he had some clear ideas on things that he felt he needed to think about and to do.

"You can see with his club there’s been happiness in his performances this year.

"And I have to say that’s shown itself on the training ground all the time with us.

"We’ve got a different version completely to the player we had in the Euros last summer, so he’s managed to produce those moments tonight.

"He could have had a hat-trick, really, with the chance in the first half and then the one at the near post towards the end.

Tuesday’s performance will give England a spring in their step heading into the clash with Senegal, a side that sit 18th in FIFA’s world rankings, directly above England’s Group B opponents Wales and Iran.

"I haven’t been able to see their games in the tournament," Southgate said ahead of the Al Bayt Stadium encounter.

"I saw them play Iran in Vienna in September, so had a good look at them then.

"From now, from when we get the coach to go home, we’ll be studying the games now to prepare the game.

"We obviously know quite a few of the individuals, some big players playing in big leagues in Europe, some playing in England.

"We know that on the rankings we’ll be the favourites. We’ve got to deal with that. But we play a very dangerous team."