Gareth Bale insisted he would carry on playing for Wales as he surveyed the wreckage of the Dragons’ miserable World Cup campaign.

Wales’ first World Cup since 1958 ended in devastating fashion as neighbours England strolled to a 3-0 victory at the Ahmad Bin Ali Stadium.

Robert Page’s side finished bottom of Group B with one point from three games – a 1-1 draw with the United States preceding a 2-0 defeat to Iran.

Skipper Bale, who pushed away a cameraman at the final whistle who got too close to him, told the BBC: "Everyone’s disappointed but we’re all proud of what we’ve achieved to get here.

"We have to look how far we’ve come. Of course we wanted to get out of the group, but football’s difficult.

"We didn’t live up to our expectations at this tournament.

"If you’d told us two years ago that we would play in a World Cup, we’d have all pinched ourselves.

"We’ll all walk out of that changing room with our held high and proud of each other.

"It’s been difficult at this tournament, we haven’t played very well. But we’ve given everything and we won’t have any regrets."

Bale’s disappointing World Cup was summed up in a wretched first half when he had only seven touches and completed just one pass.

The 33-year-old, making a record 111th Wales appearance, did not reappear for the second half with boss Page saying he had been "struggling with his hamstring".

But Bale, who had little game time for his American club Los Angeles FC ahead of the World Cup, stressed that he has no thoughts about ending his Wales career.

Wales start Euro 2024 qualifying against Croatia in Split on 25 March.

"It’s a difficult moment now but we go again in March."

Page echoed Bale’s stance – "I don’t think it will be the last time you see him in a Welsh jersey" – as he reflected on Wales conceding three second-half goals, with Marcus Rashford bagging a brace and Phil Foden scoring in between.

He said: "I thought in the first half the boys were excellent. We were very disciplined in our defending.

"A very, very good England team didn’t carve us open. I wasn’t worried at all. I was encouraged by our first-half performance.

"The problem we had was within three minutes of the second half we’re two goals down, one a world-class strike, the second we gifted them.

"If you give top teams gifts like that, they take it with both hands. It was so frustrating to find ourselves 2-0 down in the first five minutes of the second half and then we had a mountain to climb again.

"Overall, the first half, 45 minutes against the USA we were disappointed with. Iran was a write-off for us.

"Of course we look back with frustration, but it is an amazing achievement for that group of players to get here in the first place.

"We build on that. There’s a bigger picture here. We have to put things in perspective." 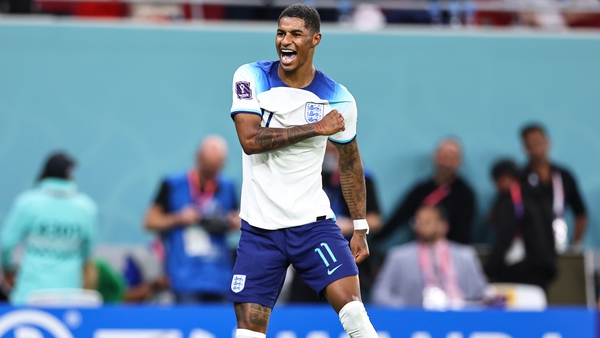