And so the first round of games will be completed today, with World Cup favourites Brazil taking on Serbia, while Cristiano Ronaldo, currently without a club, is set to make his fifth appearance at the finals as Portugal face Ghana.

Taking a glance across today's four games, you would have to say that there's an appeal to each of them.

Switzerland, now regular attendees at major finals, face a Cameroon side that has struggled for form of late.

A genuine contender, in the shape of Uruguay, meet South Korea, the nation that made it all the way to the semi-finals on their home patch in 2002.

A week after he sat down for a chat with Piers Morgan, Ronaldo, now no longer on the books at Manchester United, will be hoping that his talking on the pitch does the business.

Ghana did knock out Nigeria to reach a fourth finals, but their form since has been patchy.

Brazil will be wary against the Serbs, the latter topped Ireland's group in qualifying courtesy of a last-gasp win against the Portuguese on the final day.

All of the action is live on RTÉ2 and the RTÉ Player, with 12 hours of uninterrupted coverage beginning at 9.30am.

After beating France and then taking Spain to spot kicks at Euro 2020, Switzerland provided further evidence that they are now a force to be reckoned with. In qualifying, they held off Italy to claim top spot.

Former player Murat Yakin took over as coach from Vladimir Petkovic after the Euros and hasn't altered their style of play too much.

There is much experience in their squad, with goalkeeper Yann Sommer, captain Granit Xhaka, now back to his best with Arsenal, Ricardo Rodriguez, Haris Seferovic and Remo Freuler, one of the many who arrived at Nottingham Forest during the summer, forming a strong spine.

Breel Embolo and Xherdan Shaqiri are also key for the 'Nati' as they strive to go deep in this competition.

On what the Swiss have to offer, Granit Xhaka recently said: "We don't have Ronaldos and Messis in the team, we only function when we work together. Playing against us is very uncomfortable."

Cameroon reached their eight finals when Karl Toko Ekambi's goal saw them edge past Algeria back in March.

The Indomitable Lions are the fourth-lowest ranked side in the entire tournament, some 28 places behind their Swiss opponents, and 22 adrift of anyone else in Group G.

Along with Toko Ekambi, Eric Maxim Choupo-Moting is the other goal threat for Cameroon. Form has been patchy with just win in five for Rigobert Song's side, and that came against lowly Burundi.

Son Heung-min will be able to play with a mask against Uruguay, South Korea coach Paulo Bento said as the talismanic forward returns from a surgical procedure to stabilise a fracture around his left eye.

Son was injured midway through Tottenham's Champions League tie at Olympique de Marseille earlier this month and there were doubts the 30-year-old would be fit in time for the World Cup group stage.

"Sonny will be able to play," Bento assured reporters on Wednesday.

"I think the fact that he will be wearing a mask is not an inconvenience for him, it's quite natural for him. We stuck with the plan when we arrived here... But we will see tomorrow how it will be."

Uruguay, twice winners of the competition, have been in excellent form since Diego Alonso took over from Oscar Tabarez at the end of 2021. Qualifying wasn't going well under Tabarez, and the decision was made to end his 15-year tenure at the helm.

Alonso's arrival saw Uruguay win double-headers against Chile and Paraguay, so guaranteeing them a ticket to Qatar. Conceding two goals in the nine games played under the new man is another indication of their improvement.

With Real Madrid's Federico Valverde pulling the strings in the middle and an attack that boasts the likes of Luis Suarez, Darwin Nunez, Edinson Cavani and Maxi Gomez, there are high hopes in the Uruguayan camp that they can go far. They look more than equipped to top Group H.

Son's availability is a boost for South Korea. Their defence only conceded three goals in their 10 final qualifying games. Such a solidity will be required again, allied with the Tottenham player doing the business in attack, if Paulo Bento's side are to emerge from this tricky group.

Portugal's recent showings at World Cup finals is not one to write home about; they have failed to go beyond the last 16 in four of their last five tournaments.

In qualifying, they failed to scale the heights and had to rely on Cristiano Ronaldo to get the vital goals, most notably in their win against Stephen Kenny's Ireland in Faro. After Italy's collapse against North Macedonia in the play-offs, they were always fancied to see off the latter and claim their spot in Qatar.

Portugal, despite Diogo Jota's absence are well served up front, with Ronaldo and Bernardo Silva likely to be joined by one of Joao Felix, Rafael Leao, Otavio and Andre Silva up front.

Diogo Costa now looks set to start in goal ahead of Rui Patricio.

Ghana are appearing at a fourth World Cup finals having qualified three times in succession between 2006 and 2014, but missed out in Russia four years ago. They have reached the knockout rounds twice, with a quarter-final finish in 2010 (that infamous clash with Uruguay - the two teams meet again on 2 December) their best result.

After failing to win a match at the African Nations Cup earlier this year, Ghana's fortunes improved under new coach Otto Addo.

Indeed Addo is bullish about this side's chances, and is not concerned by the Ronaldo sideshow in advance of the game.

"I don't know and I don't care, it's not our problem," he told reporters.

"No matter what happens, it's a big stage and a big game and I don't think this can distract anybody. We have the quality to compete with them, we have to be very brave and have the self-confidence to go to these matches, but the players are ready."

Ghana have gone on to win seven of their last eight matches in all competitions under Addo - keeping clean sheets in all of those victories and only suffering defeat to Brazil during that run - and they impressively overcame Switzerland 2-0 in a friendly last week.

The likes of Thomas Partey, Kamaldeen Sulemana and Alexander Djiku will all expect to start against the Portuguese, having featured on the bench against the Swiss.

Brazil, who last were world champions in 2002, begin their quest for a sixth crown against Serbia.

After being beaten by Belgium in the 2018 quarter-finals, Chelsea defender Silva knows there is an increased level of expectation to make a further impact in Qatar.

"We know that it is a fierce competition and we needed to be ready, first of all for the first match," the 38-year-old said.

"We all know the importance that the first match has to deal with our nerves and in that sense, we are confident that we will have a good performance.

"We truly believe in everything we have done up to today and are about to make our first appearance in the World Cup in a very favourable position, in the sense of being well in all ways.

"What I can tell the Brazil fans is please believe in us – rest assured that we are ready to do a great World Cup.

Four years ago it was 2-0 when the sides met in Russia.

Brazil boast a 15-game unbeaten run across all competitions, winning each of their last seven in the process by an aggregate score of 26-2. Tite's side are full of confidence.

Serbia will be looking to get beyond the group stage at a World Cup finals for the first time.

Dragan Stojkovic's side, after sealing their trip to the Gulf State, then secured promotion to League A of the UEFA Nations League - just two losses in their last 16 internationals across all competitions.

That said, they failed to keep a clean sheet in any of their qualifying games, and would have been annoyed in conceding a goal late on against Ireland in September last year - a match they controlled for the most part.

Can Serbia then keep the likes Raphinha, Neymar, Vinicius Jr and Richarlison quiet then? 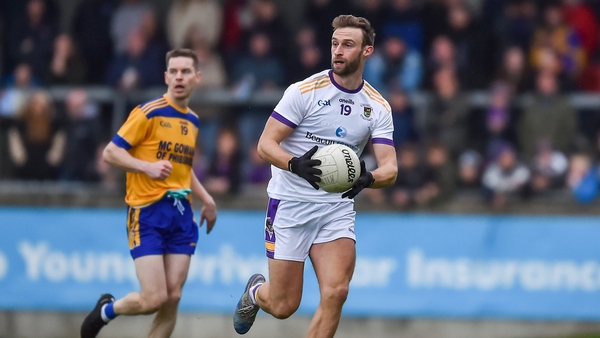 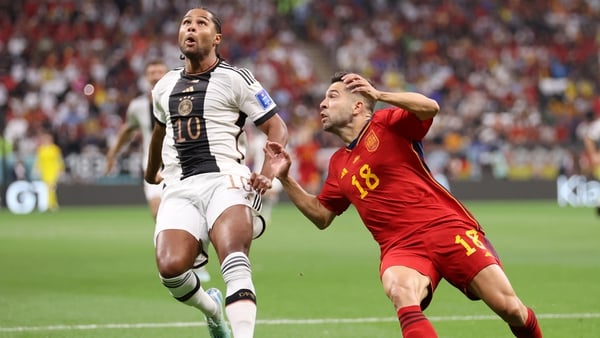 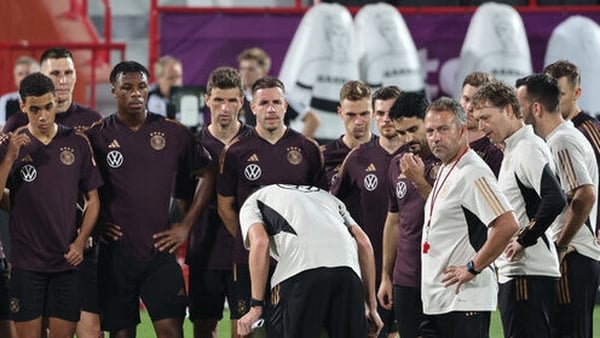 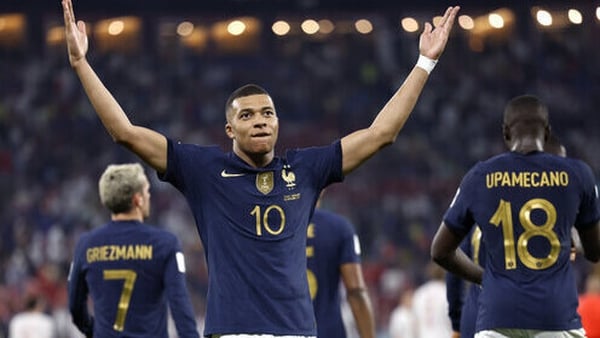 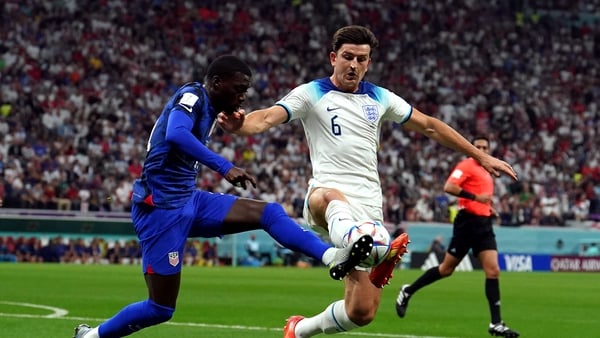