Injury-doubt Jamie Vardy could not play a full part in training with his England team-mates ahead of Saturday's World Cup quarter-final meeting with Sweden in Samara.

The Leicester striker sustained a groin strain during the last-16 penalty shootout victory over Colombia on Tuesday, a problem that required an injection, and he was only able to join in with the warm-up for Friday morning's training session in Zelenogorsk.

Vardy, 31, then took part in his own recovery exercises.

The Football Association said every other member of Gareth Southgate's squad was fit enough to train, including Fabian Delph following his return to Russia after his wife gave birth to their third child.

The England boss has allayed concerns over the fitness of Dele Alli, Ashley Young and Kyle Walker, but suggested as many as three players are in question heading into the Sweden match.

A win in Samara would take England to their first World Cup semi-final since 1990. 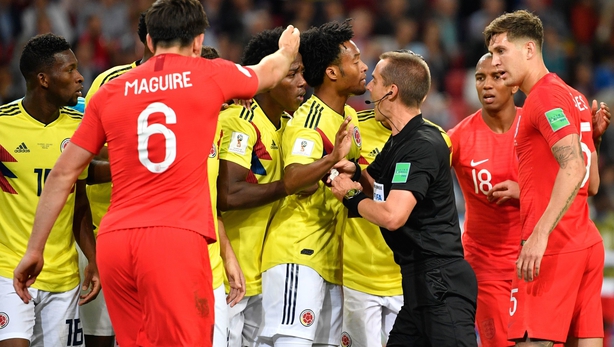 Southgate likened the dressing room to a "scene from M*A*S*H*" following England's gruelling shootout triumph against Colombia after the game ended 1-1 after 120 minutes.

"Vardy didn't train today, so is looking doubtful for this game," Southgate said on Thursday.

"But we'll know a bit more tomorrow, really. The others were all on the pitch. We didn't do a lot.

"I think at this stage, minimal time on the pitch, a lot of our information is going to have to be in meetings.

"Because it really is as much about recovery, physical and psychological, as everything else.

"The downside of that is we can't push the players enough today to see whether they're OK.